Film Review: “Into the Storm” 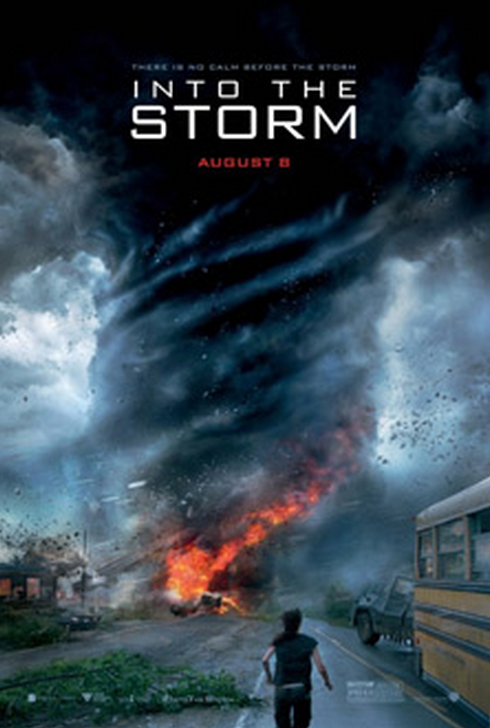 At only 89 minutes, Into the Storm tries to tell too much story in too little time. With 5+ tornadoes, environmentalism, teen romance, family regrets, pushy bosses, this movie is a cyclone of poor acting and forced story telling.

In the small Oklahoma town of Silverton, Gary, the assistant principle of a high school (Richard Armitage) and his two sons, Donnie (Max Deacon) and Trey (Nathan Kress), are getting ready for the school’s graduation. Gary expects a lot out of his two A/V club sons as we see in the first 5 minutes of him pushing them to get a school project done and pretty much just being an ass. What they do not realize is that a storm is brewing that will ruin the celebration of the day’s event.

Meanwhile, a team of down-on-their-luck storm chasers is trying to get their first tornado on film in a year. Tensions are high between Allison (Sarah Wayne Callies), a single mom scientist who hasn’t seen her daughter in three months, and the leader of the group, Pete (Matt Walsh), who is ready to fire Allison for failing to lead them to good storms. When Allison leads the chaser team to Silverton and misses a storm in another small Oklahoman town, the team believes they have failed again, when suddenly incredibly large hail and a spontaneous storm system forms in Silverton. 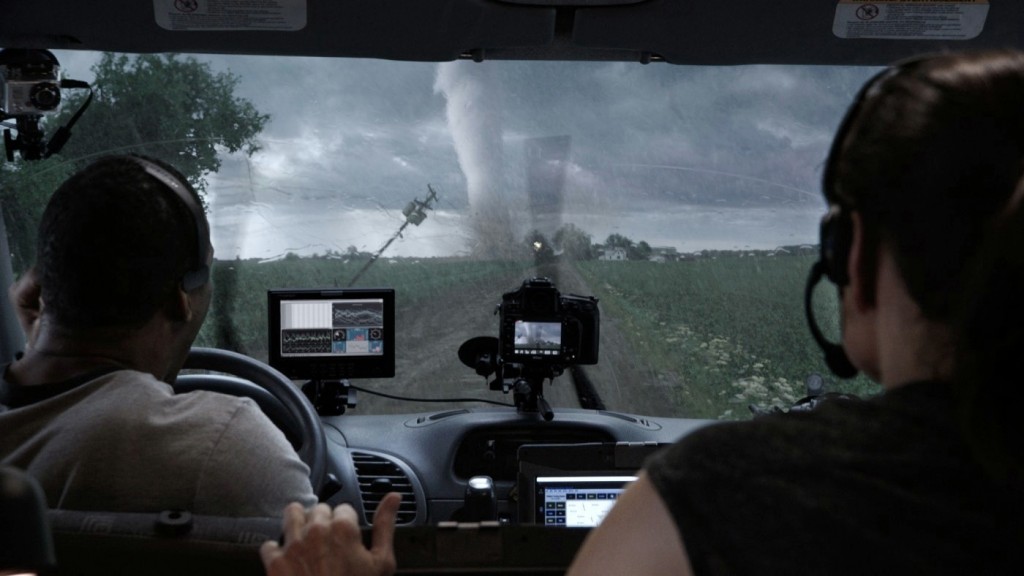 As the storm forms, we see many plots form as well. Donnie who has been in love with this girl Kaitlyn (Alycia Debnam Carey) for like ever, agrees to help her film her environmental film on a rundown, abandoned factory rather than helping his dad film graduation. As tornado after tornado begins to hit the town in the middle of the graduation ceremony, Gary realizes his son is missing somewhere out in the storms, and he and Trey run into the storm chasers who agree to help him find his son. Pete and Allison’s tensions come to a head after Pete continues to put pressure on a new videographer on the team who is not sure this is the adrenaline rush he wants.

All the while, we keep running into two rednecks, Donk (Kyle Davis) and Reevis (Jon Reep), who supply the comic relief of the film by trying to become YouTube famous while repeatedly putting themselves in harms way. These storylines and others play out in the 2 minutes we have between running away from tornado scenes.

I have a few issues with this film. As I said before, the acting could be better. This is not an all-star cast, but this is also not the film that will surprise us with the talents of unknown actors. While I know Richard Armitage from BBC miniseries, I’m not sure Environmental Action movie is his genre. And considering how hyperbolic the actors have to be to get their points across in the small amount of time given for any character growth, this was never meant to showcase their chops.   Also, Into the Storm seems to draw from Blair Witch camera work, Twister chase scenes, and Day After Tomorrow type unrealistically explained weather phenomena. Unfortunately, it’s too much for one movie to contain and can’t accomplish any of the magic that made these movies popular. Even Day after Tomorrow, as much as you had to suspend a lot of disbelief of the science they were laying down, did a much better job of creating a scientific weather scenario that was explained. Into the Storm barely mentions anything about weather patterns and climate change but seems to want us to care about the environment. They just don’t care enough to do any more than mention how crazy weather has been lately.

Finally, as a native Texan, I’m not always encouraged to be a promoter of our neighbor to the north, but this movie doesn’t really get Oklahoma. No one seems to have an accent in small town Oklahoma…well except the two idiot rednecks. That’s right. The only people who have accents must be stupid. Only idiots have accents. Also, for people who live in Tornado Alley, this group of Oklahomans can’t seem to understand how to act when a tornado happens. There is a lot of “Let’s get in the car and outrun this thing.” Or, people don’t know to go to the center of their homes. I’m certain every person who grows up in OK knows what to do when the sirens go off.   There are a couple of scenes that are worth watching. When Pete gets a rare opportunity to travel into the eye of the storm, there is some really great cinematography. Also, there are scenes that genuinely make you apprehensive about the catastrophic damage caused by tornadoes, but it’s not enough to make the rest of the movie worth a ticket.