Square Enix unveiled the latest trailer for ‘Final Fantasy XV‘ at Tokyo Game Show 2015. It’s an updated trailer showing protagonists Noctis and Luna as they look back over tragic events of their pasts which will set the stage for the narrative of ‘Final Fantasy XV‘. This also shows us the duo’s internal struggle as Luna bucks against the restrictive imperial hold over Niflheim and Noctis prepares himself for the journey ahead. 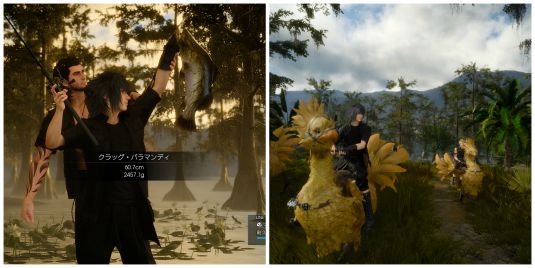 In the new screenshots that were also unveiled, fans can see that Noctis and crew will be able to ride chocobos, the winged mounts of the Final Fantasy series in their most realistic appearance ever. In addition to the mega-quest, players will also be able to spend time fishing and other activities which are offered as mini-games in the release.

Check out the beginning of their journey, now and get ready for the release in 2016.