Jungle Cruise is a delightful romp that shows Disney can still get a live-action adventure movie right when it focuses on the fun. Dwayne Johnson and Emily Blunt’s chemistry carry the plot from one exciting set-piece to the next with real humor and romance. Disney has another massive hit on its hands that will appeal to every member of your family.

The movie is based on the original ride from the theme parks and much like Pirates of the Caribbean, Disney has decided to engineer a complicated story to justify the plot. None of that matters though because in the way Johnny Depp carried the first Pirates movie, Dwayne Johnson and Emily Blunt carry this movie with so much charm that it practically oozes off the screen. Every single frame of this movie is filled with fun and that starts with the cast who seems to be enjoying every second of screentime. Jesse Plemmons and Paul Giamatti have small supporting roles but clearly got the memo that they are there to chew scenery and go for it on every take. When a cast buys into their characters at every level and is clearly enjoying their time it only adds to the enjoyment of the movie itself.

Jungle Cruise is also packed with enough set pieces to fill two full movies. Whether it is physical comedy displayed by Emily Blunt’s character trying to escape an archive room using ladders on wheels or Dwayne Johnson fighting CGI conquistadors made of snakes and bees, the way the movie is shot and choreographed stands out. Many franchises will make this much action chaotic and tough to follow but the way Jungle Cruise used action was always in service of moving the story forward. There was a natural flow making it easy for the audience to understand the location and purpose of every character during these long setpieces.

Jungle Cruise is a perfect summer movie boasting big stars and fun over-the-top action. It has so much more in common with the first Pirates of the Caribbean and The Mummy than some of the other live-action misses over the past decade. The fun is palpable and the chemistry of Emily Blunt and Dwayne Johnson just sends this movie into another stratosphere of enjoyability. Take the whole family to this one. 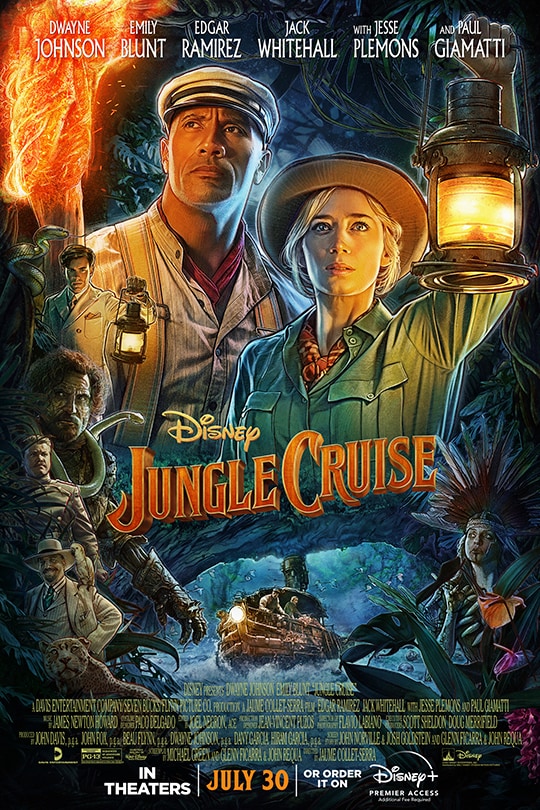