James Gunn’s reboot of The Suicide Squad is a raunchy, explicit, and action-packed take on the DC Comics team-up. Allowing Gunn into the DC comics sandbox and just letting him do anything he wants with these characters resulted in the best action-comedy of the summer and will maybe chart a path forward for the floundering DC film universe.

Forget everything you may have learned from the 2015 version of Suicide Squad that was a complete disaster from start to finish. The only returning stars are Margot Robbie as Harley Quinn, Viola Davis as Amanda Waller, Joel Kinnaman as Rick Flagg, and Jai Courtney as Boomerang. The rest of the expansive cast are all newcomers to the franchise and are an instant improvement from the previous iteration.

What is special about James Gunn’s writing and directing style is that every single character gets a chance to shine or earn a genuine laugh. There are so many stars and characters here that if anyone else was at the helm would have been shortchanged. Instead, Gunn’s true skill allows characters as dumb as T.D.K. (The Detachable Kid) played by Nathan Fillion or Weasel (literally a grotesque child-eating weasel) to have moments that feel as large as the moments usually reserved for the headlining cast. Throughout the movie, Gunn allows each little moment we spend with someone to matter to the point that by the end of the movie a viewer may understand the character motivations of Ratcatcher 2 or King Shark better than the motivations of the latest Batman or Superman iterations. 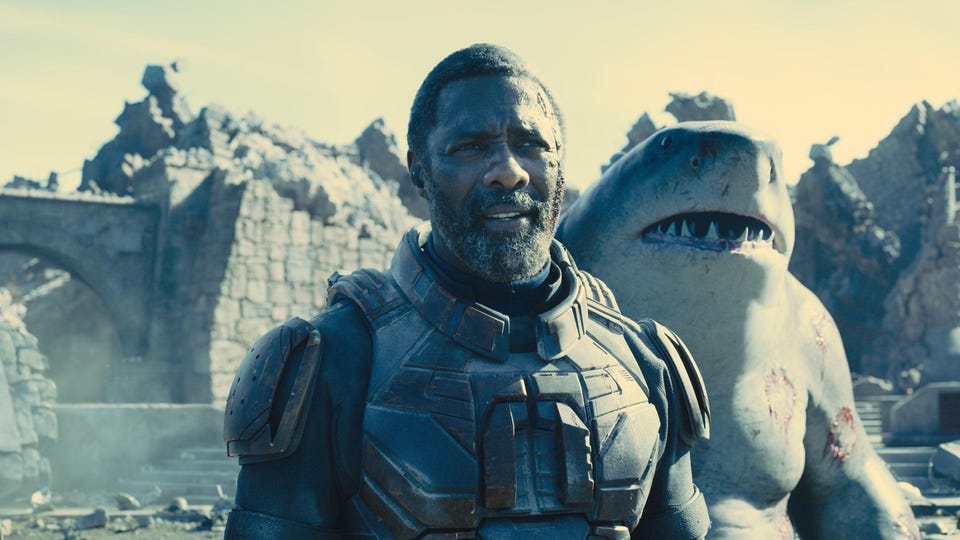 Of course, there are the headliners of the movie and they all deserve all the praise they are receiving in this ensemble. Margot Robbie has never been better than Harley Quinn. Robbie’s ability to switch between ditzy and sinister is heightened with Gunn’s script. Robbie also has one of the 3 biggest standout action sequences that rivals any action scene you’ll see in a movie this year. Idris Elba joins the cast as Bloodsport and is as close to the straight man the movie can find. Elba still gets to show his comedic chops but most of his talents are utilized to let other characters playoff how badass he is.

In recent years, John Cena has learned that playing the dumb frat boy archetype with a penchant for violence is the key to unlocking his charm. James Gunn realizes exactly how to use Cena as Peacemaker and it makes sense why they are developing an HBO series together around the character. Cena plays Peacemaker as an absolute psychopath but still one you might want to hang out with. He also uses his physical size to elicit some of the loudest laughs of the movie. If we have learned anything from James Gunn’s previous works it’s that he can make the weird endearing and that is no more evident than how he chose to portray Ratcatcher 2 and Polka Dot Man. Two absolutely useless villains from DC lore act as the heart and emotional backbone of the movie. Much of the credit can be given to Daniela Machior and David Dastmalchian who portrays a woman who can control rats and a man who shoots polka dots at people, respectively. Both actors take the role seriously and when you combine their great performances with Gunn’s writing and you have two star-making turns. 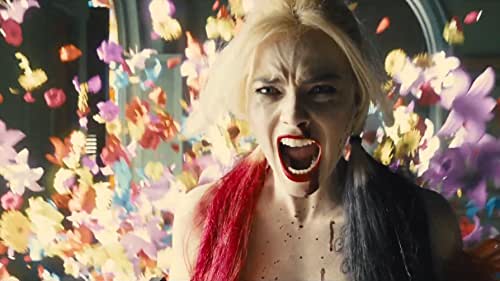 The Suicide Squad isn’t perfect. It loses steam a little bit in the final act when all superhero movies have to turn into a CGI spectacle with cities being destroyed but it doesn’t hurt the overall experience of the movie. The character moments are where the movie shines and the fact that the characters the audience loves also participate in some of the most visceral action scenes of the year is just a bonus. The Suicide Squad cannot be recommended enough and proves that James Gunn is the master of making weird comic book characters into bigger heroes than you’d ever expect.