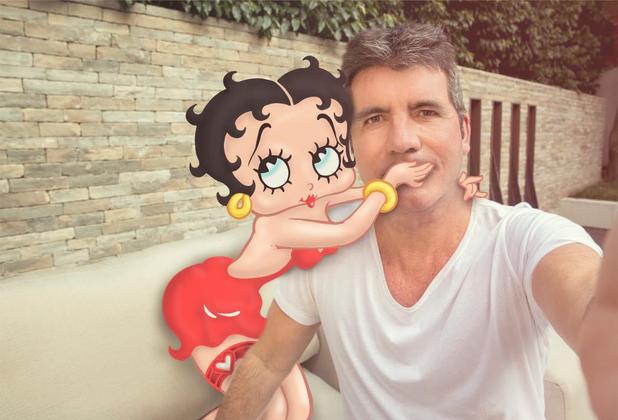 If you heard Simon Cowell say she could be the biggest diva he’s ever worked with, who would you think he’s talking about? The music world is full of divas and I’m sure he’s seen more than his share of them during ‘American Idol’. Any singer you named would probably not be the right one. Cowell’s quote is this “Betty, I’ve worked with some serious divas but I think you could be the biggest of them all!” What Betty is he talking to? Why Betty Boop, of course! 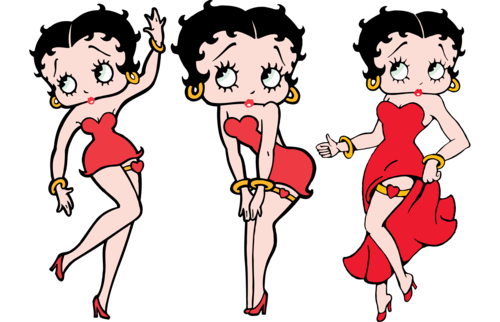 After all these years, the animated siren is Boop-oop-a-dooping her way back onto the big screen. Simon Cowell’s Syco Entertainment and Animal Logic Entertainment are developing and producing the first full-length film the half-dressed cartoon will star in.

Cowell is working with Fleischer Studios, owner of the Boop image to create a music-driven hybrid animated comedy.  Cowell is producing with Adam Milano from Syco and Zareh Nalbandian and Jason Lust from Animal Logic. No writer or director has been attached to the project at this time.

Boop made her debut in 1930 and flitted through Max Fleischer’s ‘Talkartoons’ and then her own cartoon series. She is animated sex on celluloid and acceptable for consumption by children. The 1920’s had to have been an amazing time! Boop appeared in over 100 cartoons and has been used as a promo tool for several products from Coca-Cola to Lancome. Her last appearance on film was back in 1988 with a small cameo in ‘Who Framed Roger Rabbit‘.

“Betty is an icon, and one of the biggest stars in the world – I’m thrilled to be working with her,” Cowell said. “I am delighted to partner with Syco Entertainment and Animal Logic,” said Mark Fleischer, chairman and CEO of Fleischer Studios. “Their energy, creativity and playfulness make them a perfect fit for Betty Boop.” Jason Lust from Animal Logic said, “I’ve been trying to get Betty to the dance for years now. Can’t believe she’s finally said ‘Yes'”.

Animal Logic’s vast list of accomplishments include ‘The Lego Movie‘, ‘Happy Feet‘, ‘The Great Gatsby‘, ‘300‘, ‘Moulin Rouge‘ and ‘The Hunger Games: Catching Fire‘ and the company has studios in Sydney and Los Angeles. With the cartoon world moving to live-action/CGI movies like ‘Alvin and the Chipmunks‘ and ‘Smurfs‘, this should create a new generation of Betty Boop fans. I’m just curious how much of a makeover she’s going to get for the conversion. I see a wardrobe change in her future, no matter how slight.