Remember that Godzilla Reboot I talked about a while ago?? Well it just got a whole lot Cooler!!! 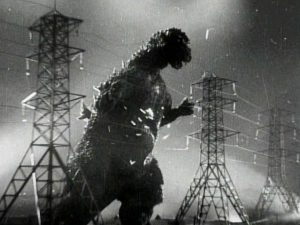 Click HERE to read the previous story I wrote about a new Godzilla film being made for American screens.  Now that you have refreshed your memory, this project is still greenlit and is moving forward and the studios have found their director.  MAN IN SUIT! MAN IN SUIT!

That man is none other than Gareth Edwards.

Who is Gareth Edwards?  Well he is the genius director of “Monsters”.  A film the just happened to make it into my top 10 films of the year.

Now if you have not seen “Monsters”, I highly recommend that you should.  If you have seen it, then you were most likely very taken with it and enjoyed it very much.  It didn’t play out like a big budget Michael Bay film with tons of military and explosions and killing monsters.  It rather was like a Terrence Malick/Stanley Kubrick film that followed two survivors through the monster infected zone to get to America and their personal troubles and how they relate to one another. 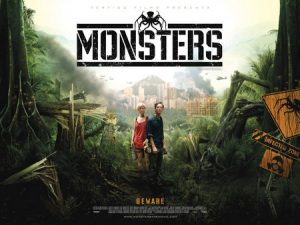 Now Gareth was given an extremely small shoe string budget and only a two week shooting schedule for his first film, “Monsters”.  And he not only shot and produced the film in that time, but he amazingly made an epic giant monster film unlike anything we have ever seen.  And it was very beautiful and haunting all at the same time..

Now he has been hired to make the reboot of Godzilla.  Which really could be the monster movie to top all others.

I am very excited about this news.

Click the link/picture below to purchase Gareth’s first film, “Monsters”.