NASA Names Most Absurd and Most Plausible Sci-Fi Films Ever Made!!! Find Out Which Ones Made Which List!!! 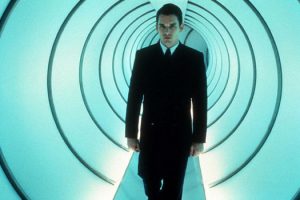 NASA has come out with  a list of the most absurd and the most plausible sci-fi movies that could potentially happen and are the most realistic and then the latter which would be the films that could never happen and are completely ridiculous.  I am suspecting that they did this not only for fun, but possibly for some certain people that actually think the world is going to end come the end of 2012.

The number one movie on the MOST ABSURD list is …..

The opposite of that list woul be the MOST PLAUSIBLE sci-fi film ever made.  Well NASA chose….

Andrew Niccol’s “Gattaca” as the MOST PLAUSIBLE sci-fi film ever made.

So here is the list of the MOST ABSURD sci-fi films ever made according to NASA:

Now here is the list for the MOST PLAUSIBLE sci-fi films ever made according to NASA:

Supposedly they also praised Ridley Scott’s “Blade Runner” , but it did not make it to the top seven.

It is cool to see Jurassic Park on there though.