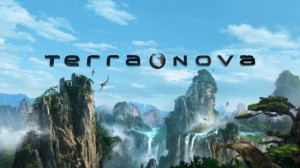 Fox has released some photos of Steven Spielberg’s new science fiction TV series, “Terra Nova”.  Spielberg will serve as producer on the show.

The series will follow a family who live 100 years from now on future Earth, who are flung back in time 150 million years to the prehistoric age, when Earth was ruled by dinosaurs. 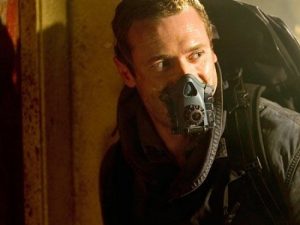 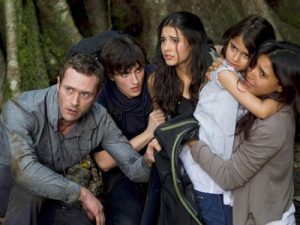 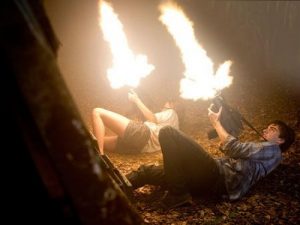 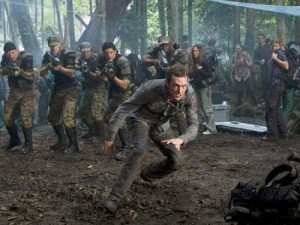 The series has been given a 13 episode start already.  They are not doing a normal “pilot” episode to see if it tests well due to the enormous budget of set pieces they would have to break down after one episode and then rebuild them to do the series.  Alex Graves will be directing pilot episode.  Graves has directed pilots for Fringe, The Whole Truth, and Journeyman.  In addition to that he has directed episodes of Sports Night, The Practice, and The West Wing.

Read the official press release below.

In the year 2149 the world is dying. The planet is overdeveloped, overcrowded and overpolluted. With the majority of plant and animal life extinct, devotion to science has brought mankind to the brink of destruction, but has also provided its only hope for salvation. Knowing there is no way to reverse the damage to the planet, a coalition of scientists has managed to open up a fracture in the space-time continuum, creating a portal to prehistoric Earth. This doorway leads to an amazing world, one that allows for a last-ditch effort to save the human race … possibly changing the future by correcting the mistakes of the past.

The series centers on the Shannon family as they join the tenth pilgrimage of settlers to TERRA NOVA, the first colony of humans in this second chance for civilization. JIM SHANNON, a devoted father with a checkered past, guides his family through this new land of limitless beauty, mystery and terror. Jim’s wife, ELISABETH SHANNON, is a trauma surgeon chosen through a global lottery as a new addition to Terra Nova’s medical team. JOSH SHANNON is their son, mourning the girl he left behind, as he’s torn between two role models – his father and the charismatic COMMANDER FRANK TAYLOR, the leader of the settlement, and the heroic first pioneer through the time portal. MADDY SHANNON, Jim and Elizabeth’s teen daughter, is as independent and adventurous as her parents, but her distrust of authority soon leads her on a dangerous path.

In addition to blue skies, rolling rivers and lush vegetation, TERRA NOVA offers new opportunities and fresh beginnings to its recent arrivals, but the Shannons have brought with them a familial secret that may threaten their citizenship in this utopia. Additionally these adventurers soon discover that this healthy, vibrant world is not as idyllic as it initially appears. The areas surrounding Terra Nova are filled with dangerous dinosaurs, and other prehistoric threats, as well as external forces that may be intent on destroying this new world before it begins.

But perhaps even more threatening than what lies outside the protective walls is the Shannons’ realization that something sinister may be happening inside TERRA NOVA as not everyone on this mission has the same intentions of how best to save mankind.