See the First Set Pics of Peter Parker and Gwen Stacy on the set of the Spider-Man Reboot!! 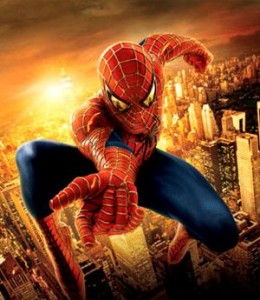 Now I am very much on the fence about this reboot of Spider-Man.  One reason, is that the first two Spider-Man films were made not that long ago, and another reason, is that they were very very good.  Amazing even.  Now Raimi and the powers that be, definitely dropped the ball into a vat of shit.  It was awful.  But no reason to reboot the franchise with an all-new cast and crew right?  Right?

Now Andrew Garfield is playing Spider-Man.  He was amazing in “The Imaginarium of Dr. Parnassus” and he was also good in “The Social Network”  I think he will be a great Spider-Man.  And Emma Stone from “Superbad” and “Zombieland” looks like she was born to play Gwen Stacy.  These two look the part of Peter Parker and Gwen Stacy.

So maybe since the Spider-Man series was so successful, way to many people wanted a say in the film and wanted their hands in the making of the film.  When that happened, I think we got the turd that was Spider-Man 3.  It got so big and was costing so much, that it ended up imploding and lost its way to good storytelling and filmmaking.  It just became messy and sloppy.

Now maybe with this reboot, it will return to the amazing storytelling and filmmaking with this iconic superhero, just like the first two Raimi directed Spidey films.  The Spider-Man we all grew to love.

Enjoy the pics below.