‘The Boss’ Will Be Available For Home Theaters In July!!! 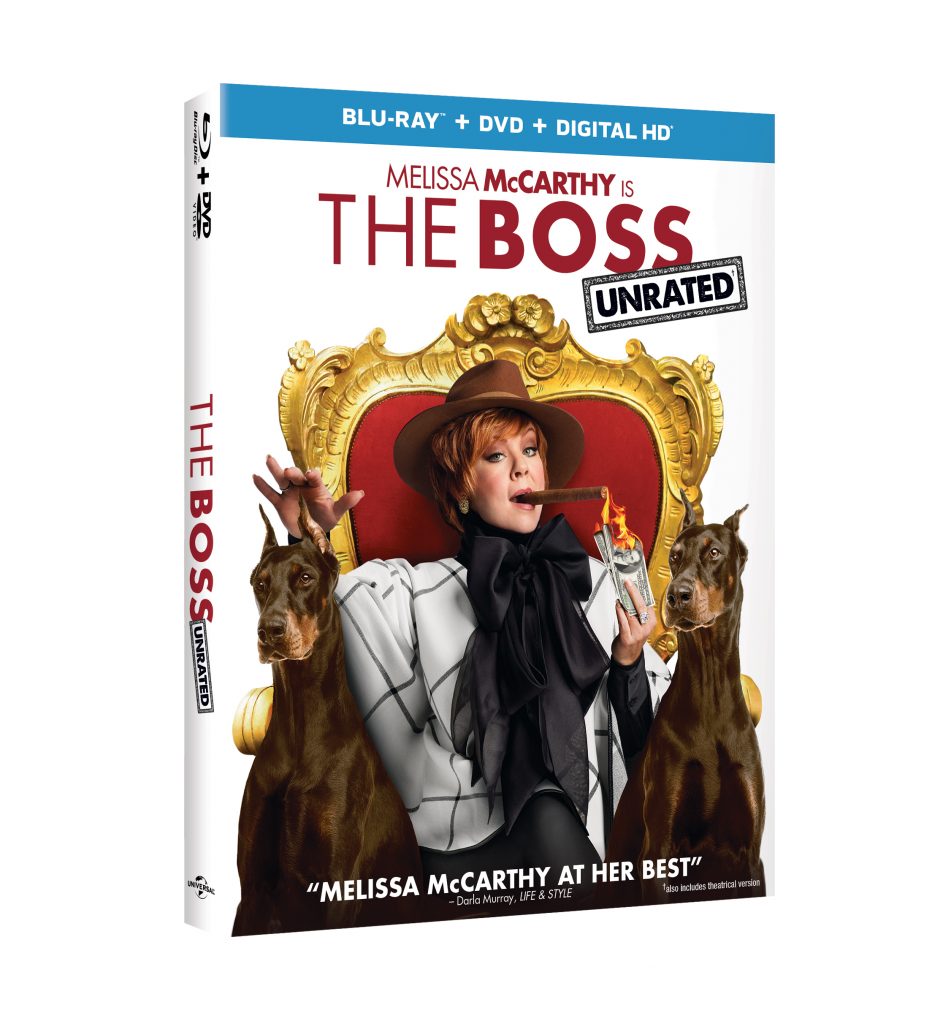 Melissa McCarthy’s latest box office smash ‘The Boss‘ will be available from Universal Pictures Home Entertainment on several formats, all suitable for your home theater. Blu-ray and DVD debuts July 26, 2016 and if you just want the Digital HD version, you can have it 2 weeks earlier on July 12, 2016.

McCarthy stars as Michelle Darnell, a titan of industry who is sent to prison for insider trading. After doing her time, Michelle emerges, ready to rebrand herself as America’s latest sweetheart, but not everyone she steamrolled is so quick to forgive and forget. With nowhere to go and no one to scam, Michelle is forced to move in with former assistant Claire (Kristen Bell (‘Frozen‘) and her young daughter, Rachel. Now at her lowest point, Michelle wastes no time in devising a winner-take-all plan to rebuild her empire. Can she reclaim her status as the No. 1 screwer, or will the love of one family screw her for good? Joining McCarthy and Bell on-screen is Peter Dinklage (‘Game of Thrones‘), Kathy Bates (‘American Horror Story‘) and Cecily Strong (‘Saturday Night Live‘).

Bonus Features on Blu-ray and DVD

Origin Story – Event he boss has to start somewhere. We see and hear how the character of “Michelle Darnell” was created, and go from the early life at The Groundlings to the big screen. With interview footage from Melissa McCarthy, Ben Falcone, and writer Steve Mallory, we get to relive the life of “Michelle Darnell”.

Peter Dinklage Gets to the Point – A hilarious piece about the ‘Game of THrones‘ star Peter Dinklage, who plays Renault. This will include on-set and sit-down interviews with Peter and other cast; it showcases his sword fight & stunt training, eclectic wardrobe & hair styles and his on-set chemistry with Melissa McCarthy