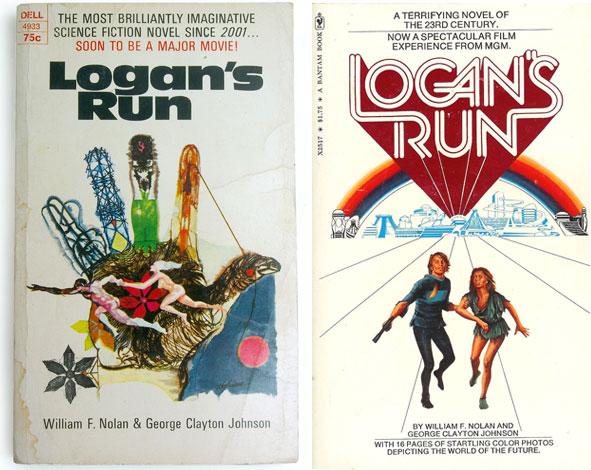 ‘Logan’s Run‘ has been processing in the remake machine for quite some time with limited progress. Warner Bros. is trying to put it back on track by bringing in Ryan Condal (‘Colony‘, ‘Hercules‘) to write a new script. The film will not be a remake of the 1976 film, but rather a new take on the 1976 novel by William F. Nolan and George Clayton Johnson.

In the novel, it depicts a dystopic ageist future society in which both population and the consumption of resources are maintained in equilibrium by requiring the death of everyone reaching the age of 21. Citizens have a glowing crystal embedded in their palm and it changes color every seven years until it turns black on their “Lastday”. Those with a black mark must report to “sleepshops” or euthanasia stations. If someone refuses and tries to escape they are chased down and executed by agents called “sandmen”.The story follows the actions of Logan, a Sandman charged with enforcing the rule, as he tracks down and kills citizens who “run” from society’s lethal demand—only to end up “running” himself.

This is a project that has been in the works for almost 2 decades and has had a ton of passes that include Bryan Singer to Alex Garland and even video game producer Ken Levine. With Condal signing it would seem that Warner Bros. has found a version of the project they’re happy with.