Film Review: ‘TMNT2: Out of the Shadows’! 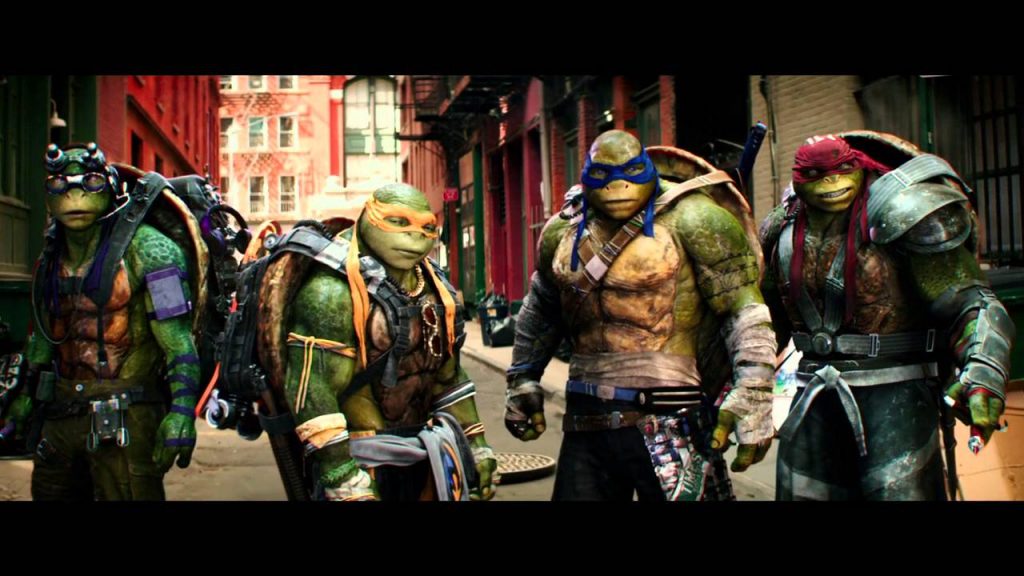 Coming off the last outing with these four lovable and iconic green characters, I wasn’t so sure about how much I was going to enjoy this sequel, ‘Teenage Mutant Ninja Turtles: Out of the Shadows‘ or TMNT2 for short. The last film, which was a remake had a shoddy director and filmmaker Michael Bay at the helm. Needless to say, it was all about explosions and a sexy woman walking around with almost no attention to the turtles themselves. There were about ten whole seconds of the last film that I actually enjoyed, which was the fun scene in the elevator where we saw Michelangelo, Donatello, Raphael, and Leonardo beatboxing like kids, and when the doors opened, they put their ninja faces on to fight Shredder. That scene really showed what these new Turtles could actually be. So I hoped I would at least get twenty seconds this time around.

Shocked and awed, ‘TMNT2‘ was damn fun and actually good. The last director was nowhere to be seen here, and we got Dave Green to helm the film instead, who directed the sleeper hit last year ‘Earth to Echo‘. And it didn’t look like Michael Bay was that hands on either, because the film focused on the Turtles themselves instead of trying to show more skin on Megan Fox again or shooting explosions for two hours with cuts that only last a few seconds each. Dave Green actually had something to say here and a good message for everyone that is relevant today, even if there was a little cheese pizza served with it. So yes, I definitely enjoyed the film. I don’t know if it was that I deeply thought that this sequel would be terrible or that I actually really enjoyed it, but I’m going with the latter, because I want to see it again right now. 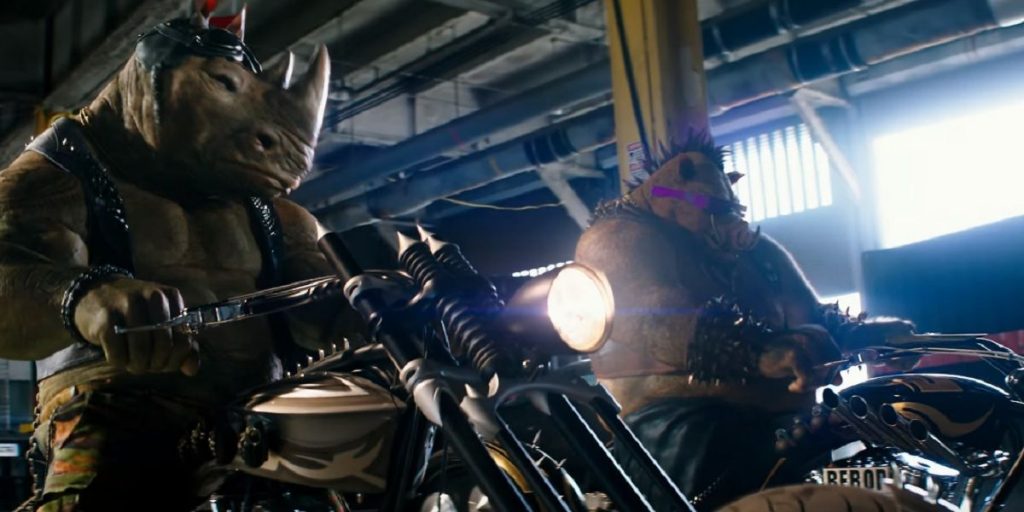 I can finally say again that “I LOVE BEING A TURTLE“, which just makes me happy to scream once again. In fact, you don’t need to even waste your time with the last film. Just put it out of your mind and don’t watch it, because there is a brief recap at the beginning of this movie that will bring you up to speed, which is the four turtles growing up and saving the city from the foot clan, and of course catching a Knicks game here and there. The evil Shredder is being transported to a maximum security facility with two other bad criminals named Rocksteady and Bebop (Sheamus and Gary Anthony Williams respectively). Of course The Foot Clan breaks them out in a car chase scene that is similar to ‘The Dark Knight‘, where a police officer named Casey Jones (Stephen Amell) tries to stop this from happening with the help from the Turtles.

Shredder escapes with the help from Baxter Stockman (Tyler Perry), who is basically the evil twin of Dr. Neil Tyson, which is where Shredder and Commander Krang join forces to take over the world. First and foremost, the writers and Dave Green completely got the comedy right here. Each turtle’s personality stands on its own fully and it is a joy to watch their individual personalities come together as a team. Their jokes hit every time too and I found myself laughing quite a bit between their humor and subtle throwbacks to the 80s films. 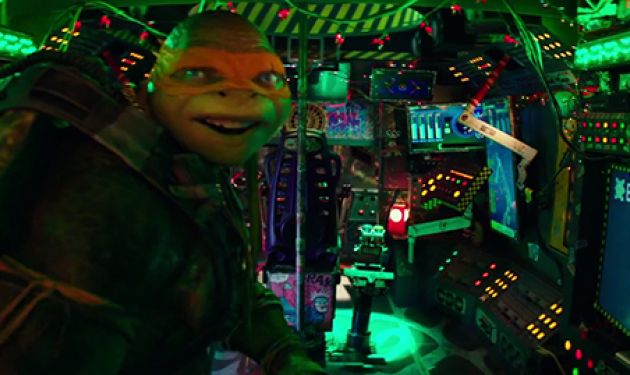 The dialogue between the turtles is genuine and you really start to finally bond with them, unlike the last film. Stephen Amell as Casey Jones was fantastic and used just the right amount, because this film is about Turtles, and not him. Bebop and Rocksteady looked great, but they got a little much from time to time, and luckily Shredder doesn’t have a ton to do here or turn into a Transformer this time around.

The visual effects here are out of this world and are seamless with the live action. Krang looked fantastic and gross all at the same time. I’m saying it right now – TMNT2 deserves an Oscar nod for the visual effects work here. The song selection was killer too with songs from Edwin Starr, The Hollies, and even some Vanilla Ice. ‘TMNT2‘ is the sequel we needed for this franchise to survive. I just hope they can keep up the good work here.