The ‘Deus Ex’ Marketing Campaign is Off The Chain! 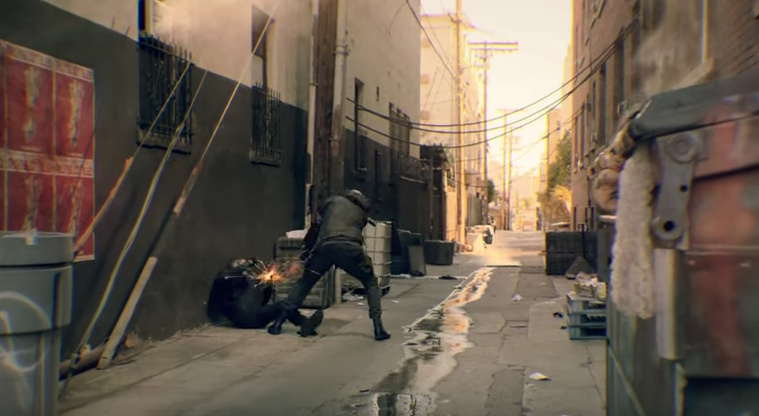 Here is some “found footage” of someone breaking off a guy’s leg and beating him with it. This is the latest in an excellent viral marketing campaign for the video game ‘Deus Ex: Mankind Divided‘, which comes out later this year. The previous video can be seen HERE. This new video is all sorts of cool and has some pretty cool effects for being such a short video that looks like was filmed with an iPhone.

The last game of the ‘Deus Ex‘ franchise had one survivor by the name of Adam Jensen, who we hear is set to return for this sequel game. Also, this video give us a link in AugAware.org, which has tons of cool stuff you can search out. I’d say that the mystery man in the video is mechanically augmented and we will soon find out what happened to him. From the video: “The fear over the augmented community has boiled over into the streets, as evidenced by this video footage which shows an argument turning into a brutal fight.

Unlike the Panchaea Aug Incident, the humans took this round, as a beast of a man ripped off an Augs leg and used it to beat him. “There is reason to be concerned,” says AugAware.org, the organization responsible for releasing the footage. The AugAware.org website seems to indicate that their anti-Aug awareness campaign is just beginning – check the site on May 26th to see what’s next.”