Get on the Stick with ‘The Flash’! 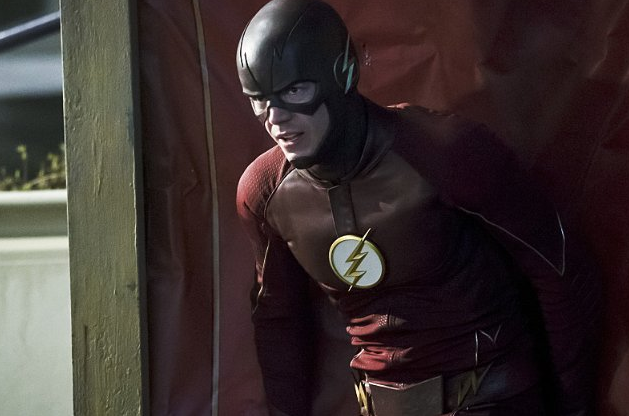 Hey everyone! So it seems like my first iteration wasn’t a total failure, because I got another chance to Get on the Stick. Just in case you missed Episode 1, here we are trying to apprise you to some sort of greatness that Boomstick just hasn’t touched on enough. So the goal here is to enlighten, entertain, and perhaps titillate you in a way that hasn’t been done quite yet. If you feel like you may be getting over titillated… turn off that Misty Mundae flick (with this crowd I’m guessing it’s either SpiderBabe or Lord of the G-­Strings) and start rambling off batting orders from 1970’s MLB teams. We’ll do our best to keep spoilers at a minimum, so relax. The term “Get on the Stick” is all about getting to work, so no more blather… Let’s get to it!

We ended Episode 1 with a bit of honesty on my part, and I only think it is fitting that I continue that trend and come out with a little confession. I am not the biggest DC fan. I think that a majority of the characters in the DC universe are dated. Christopher Nolan’s Batman trilogy was great, but not much other than that has got me to care about a property from the DC universe. And then enters Arrow on the CW in 2012, in which I started with the first episode and have been hanging in there since. It maintained a gritty reality that intrigued me with a conflicted main character fighting to choose what’s right. This show has created a few different spinoff shows, including the Flash. 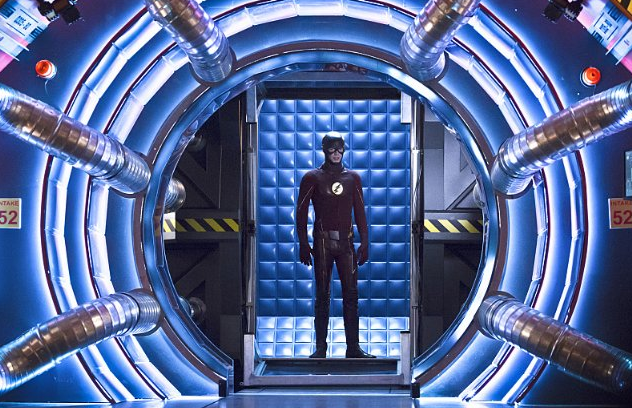 While Arrow is good (most of the time), the Flash is great. Grant Gustin plays Barry Allen, who develops superhuman speed after a freak particle accelerator accident. The same accident that turned Barry into the Flash also created a bunch of “meta­humans” who are using their unique powers to wreak havoc on the city. Barry is a forensic scientist by day, likely stemming from the loss of his mother as a child, and is constantly seeking to do the right thing. Much like Captain America from the Marvel universe, Gustin’s version of the Flash is a hero in the truest sense of the word. While conflicted at times, Barry’s virtue and morals consistently lead him to do the right thing. The few times that the Flash has strayed from the path of the righteous, his decisions are met with great vengeance and furious anger… (You got what I did right there? I can’t get one by you!) Seriously though, he does suffer consequences for his actions, and that pushes him to keep making the right decision.

The Flash is finishing out its second season on the CW, and both seasons are very strong. You don’t have to watch the Arrow along with the Flash, but there are occasional crossover episodes that are fun and reminiscent of the old school TV shows. Grant Gustin is awesome as Barry Allen, who walks the line of vulnerable and yet strong with great aplomb (get a dictionary). 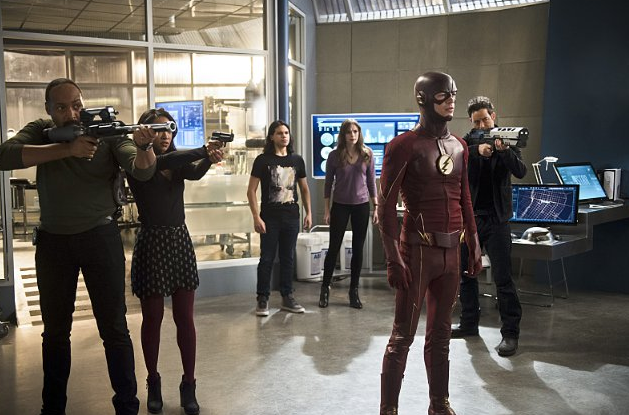 Flash superfan Kevin Smith directs one of the final episodes of season 2, and has tweeted out more than once that Gustin’s version of Barry Allen actually elevates the character. There are a lot of great character actors in supporting roles as well, including Tom Cavanagh who is compelling in every scene he inhabits. I don’t feel like I need to say much more, just go watch the damn show! Full disclosure: I also tried getting into the other spinoff called the Legends of Tomorrow, but I pulled the ejection handle around episode 7. Let me know if that was a mistake.

Since I locked the door to the confessional at the start of this article, you and I are now in this together. So I got a question for you. I mentioned earlier here that Arrow is gritty, and I stand by that, but… The CW is also known for programming that seems to be centered around teenagers. At times during the Flash or Arrow I can feel the show pulling away from me and heading towards a younger viewer that just finished watching 16 Wishes and snapchatting about how relatable it is. I yawn through the contrived “will they or won’t they” kiss moments waiting to get back to some real internal conflict in the “will they or won’t they” murder these fools.

So now that you have heard from me, it’s time for you to Get on the Stick and watch ‘THE FLASH‘!