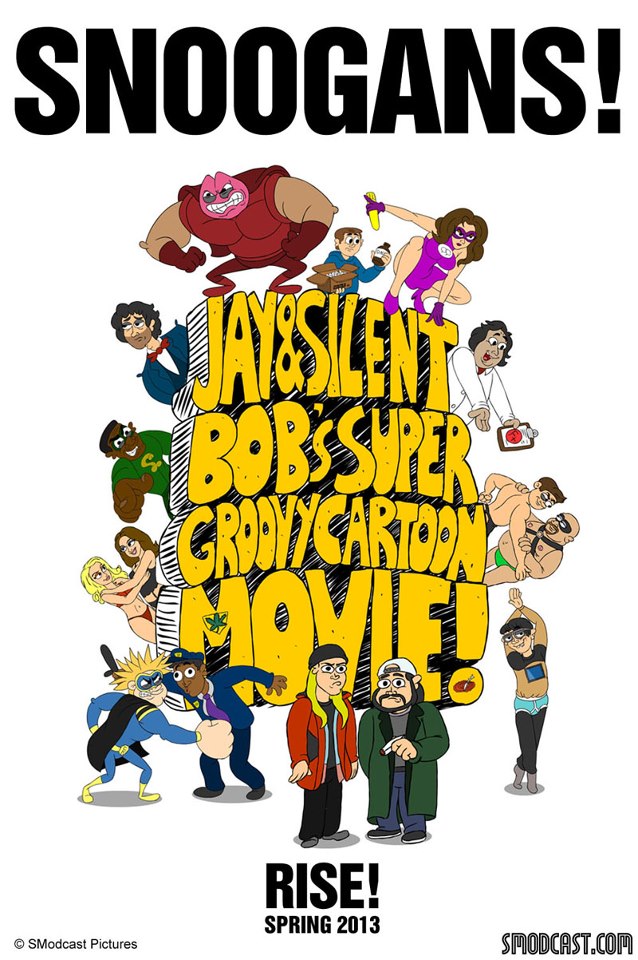 Kevin Smith has just announced that he will be touring with his new animated film with Jason Mewes called ‘Jay & Silent Bob’s Super Groovy Cartoon Movie‘ this Spring.  The tour will be just like his ‘Red State’ tour, where he toured the country showing his movie and then doing one of his famous Q&A sessions after the viewing.

Smith stated, “Look for the trailer and the first 20 tour dates in FEBRUARY!”  This is amazing as we have been hearing about a cartoon movie.  Unfortunately, it doesn’t look like it’s the ‘Clerks‘ Cartoon movie that we have all wanted for years now. So not sure what quite to make of this yet other than Smith released a poster for the film, which resembles ‘School House Rock‘.

I recognized Jay and Bob and Cock Knocker on the poster.  Can’t wait to hear more about this.