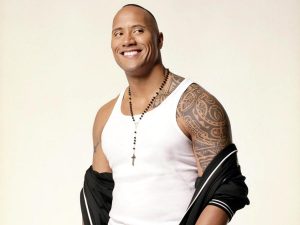 Yes folks, that is correct.  The Rock will be starring in a teddy bear film, but not the sequel to the Seth MacFarlane vehicle ‘Ted‘. This one is different.  And you will be surprised on where the idea came from.  So we all have heard famous stories on how some movies were written, some were from the idea of a child and some were written on a cocktail napkin while sitting at a bar.  But this time, the story for this film was based on an image.  An image made popular by the popular websites Imgur and Reddit.  I couldn’t make this up if I tried.

The image below is the one that this new flick is based on, which I’m sure we have all seen at some point. 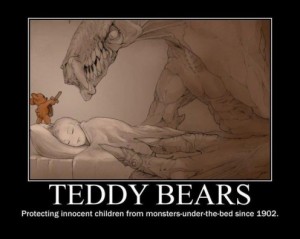 The image was drawn by Alex Panagopoulos, according to THR, who was a software engineer who moonlights as a fantasy artist, who is fairly successful.  As you can see above, the image depicts a child fast asleep in bed, while her teddy bear brandishes a sword who is fighting off an evil monster.  I;m sure when we were little, our stuffed animals or teddybears protected us from such evil.  I know mine did.  Even the caption of the image reads:  “Teddy Bears: Protecting Innocent Children from Monsters Under the Bed Since 1902.”  1902 being the year the teddybear was invented.

The Rock will team up with Beau Flynn again to make the picture, which the previous worked on ‘Journey 2: The Mysterious Island‘.  The film is currently titled ‘Teddy Bear‘.  As of right now, there is no completed script or director yet, but I wonder if we will see a stream of teddy bear themed movies since the huge success of ‘Ted’ took over the world.

This is going to be either great or awful.  Your thoughts?