Find Out Who Hosts SNL in February!!! 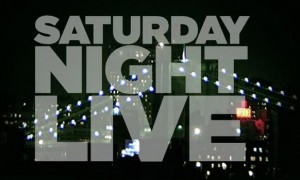 Channing Tatum makes his debut as host on February 4. Tatum can next be seen alongside Jonah Hill in the feature film “21 Jumpstreet” due out March 16. His past film credits include “Coach Carter,” “Step Up,” “Stop-Loss,” and “Dear John.”

The Grammy-nominated band Bon Iver will make their SNL debut alongside Tatum. The group released their second album, “Bon Iver,” in June 2011 to critical praise garnering attention for many of their singles including “Holocene,” which received two Grammy nominations and “Calgary.”

Zooey Deschanel will make her debut SNL appearance as host on February 11. Deschanel stars in the hit sitcom “New Girl,” for which she recently earned Golden Globe nominations for both Best Actress and Best Television Comedy. Deschanel has starred in several films including “500 Days Of Summer,” “Yes Man,” and “Elf;” and along with her many film and television credits, boasts an impressive musical career as one half of the critically acclaimed band, She&Him. Deschanel was nominated for a Grammy Award for her original song “So Long,” written and performed for the feature film “Winnie The Pooh.”

The “swag pop” music duo, Karmin, will make their first musical guest appearance on February 11. Best known for their covers of Billboard chart toppers, Karmin are releasing their debut album with their own original songs including “Crash Your Party” and “Broken Hearted.”

“Saturday Night Live” is produced in association with Broadway Video. The creator and executive producer is Lorne Michaels.