Rob Marshall to Direct ‘Into The Woods’!!! 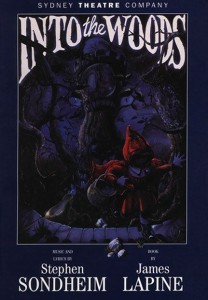 Disney announced today that Rob Marshall has accepted the duty to direct ‘Into The Woods’, a film adaptation of the Stephen Sondheim Broadway musical.  James Lapine, who wrote the stage musical with Sondheim, is writing the script.  Marshall directed ‘Pirates Of The Caribbean: On Stranger Tides’ for Disney which made tons and tons of money.

‘Into The Woods’ won a bunch of Tony Awards for its original 1988 run as well as a 2002 comeback. The story revolves around a baker and his wife who must reverse a curse on their family in order to have a child.  Their adventure is woven among the fairy tale stories of Cinderella, Little Red Riding Hood, Jack and the Beanstalk, and Rapunzel.

This could be a big money maker for Disney yet again.  Your thoughts?