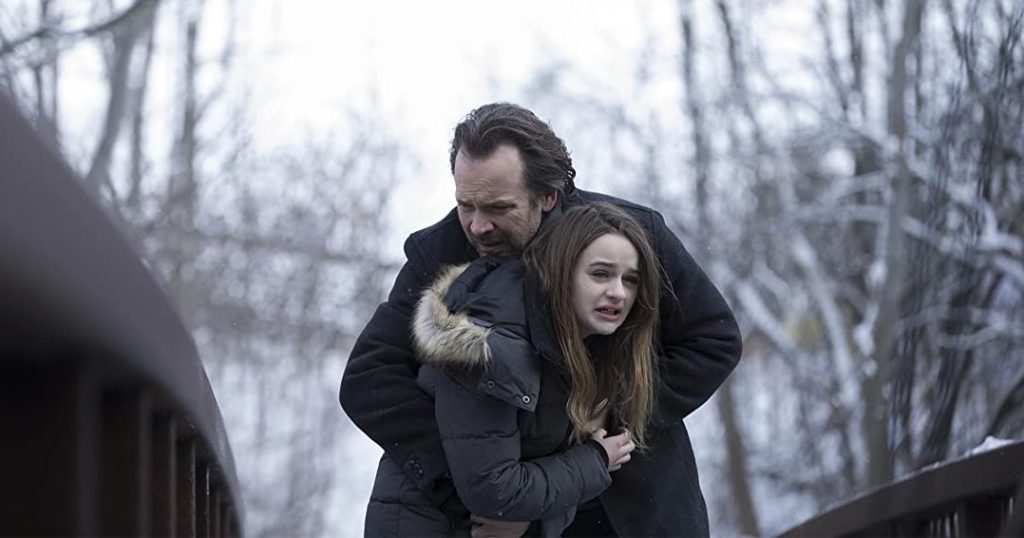 “The Lie offers a climax and a twist ending that was enjoyable and laughable at the same time.”

The Lie is probably the marquee offering from Blumhouse Television as it stars Peter Sarsgaard, Joey King, and Mirelle Enos all three recognizable stars, and seems to have a slightly larger production budget than the other 3 offerings. The Lie follows the tale of divorced couple Jay (Sarsgaard) and Rebecca (Enos) as they decide to cover up their daughter Kayla’s (King) murder of her friend. While Jay drives Kayla to a camp for the weekend they notice Kayla’s friend Brittany sitting at a bus stop. Jay stops as Brittany is going to the same camp as Kayla and they offer to give her a ride. During the ride, Brittany has a weird almost flirtation with Jay and they eventually stop in the middle of nowhere to get some air or talk. Kayla and Brittany walk off towards a bridge as Jay waits near the car, as some time goes by Jay goes to investigate where the girls are and find Kayla on the bridge in shock and she tells him, “I pushed her.” Jay searches for Brittany in the water but can’t find her so he panics and tells Kayla we never saw her and they leave to go to Rebecca’s house. 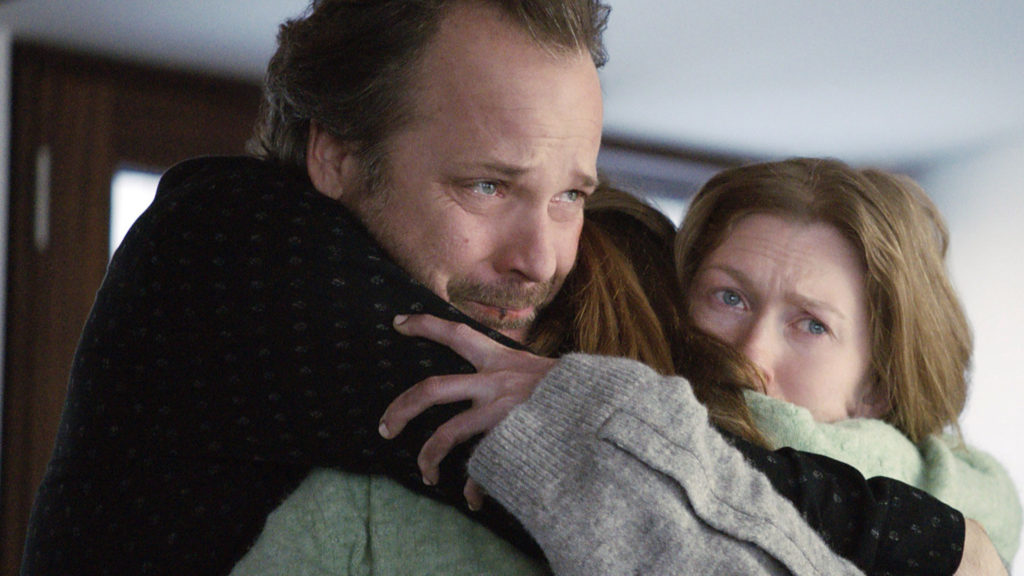 What follows is completely unbelievable on countless levels but is an undeniably decent thriller. There is no horror aspect to this movie in the sense of paranormal or slasher but the horror of these two stupid parents continually covering up for their clearly insane daughter and the stress it puts them under is well realized. Rebecca really gets involved when Brittany’s father approaches her asking if Kayla has seen Brittany, once Rebecca lies about Kayla being sick all weekend there is no stopping this train.

Rebecca is also an attorney and knows the detective so when Kayla begins to be questioned she is coached by her mother which only increases the lie even more! The physical transformation of Jay and Rebecca as the guilt weighs on them is pretty fantastic because by the end of this movie they look like they have been up for 36 hours and hungover. Meanwhile their fears about who their daughter is as she just continues along like nothing happened concerns them greatly.

As Brittany’s father and the police start to close in and the family starts to forget all the lies they’ve told the tension hits a peak that was pretty damn entertaining. Not to be outdone by most Black Mirror episodes or Lifetime Movies, The Lie offers a climax and twist ending that I truly enjoyed and laughed at. I didn’t laugh because it was bad but because it just ruins this family even more and renders every decision they made EVEN worse in hindsight. Of all four of the Blumhouse movies, this is the one to check out.