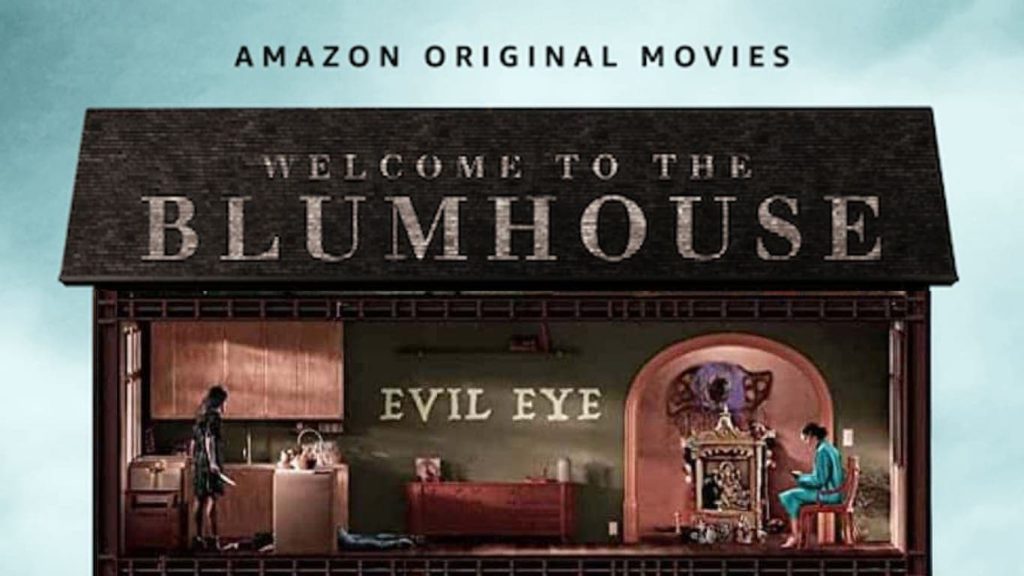 “Evil Eye isn’t scary or unique and offers nothing new.”

If you like terrible Lifetime movies, then boy does Blumhouse have a treat for you this October with Evil Eye! This paranormal thriller follows a curse that follows a mother down to her daughter. Pallavi’s mother will not leave her alone about being safe and setting her up with a husband. Her mother is constantly worried that Pallavi is not wearing the jewelry that she believes protects her from evil. As Pallavi is on a blind date through an app she meets a man at a coffee shop and they fall quickly in love.

Her mother is very apprehensive of this relationship and acts very strange regarding the entire situation. The new boyfriend is nice, good-looking, and wealthy yet Pallavi’s mother won’t give her blessing to the relationship and becomes more and more paranoid seeing fortune tellers and other soothsayers. We finally learn that Pallavi’s mother, while pregnant, was stalked by a man for years. The man eventually caught up with her on a bridge and attacked her forcing Pallavi’s mother to push him over the bridge killing him. Now she believes that her daughter’s new boyfriend is the same man reincarnated.

Of course, this fear turns out to be 100% true and a really strange cat and mouse game between the boyfriend and mother while using Pallavi as a pawn plays out during a weekend to meet the parents. The boyfriend is the reincarnation of the dangerous stalker and his behavior becomes exponentially more creepy as he pretty much taunts Pallavi’s mother while sleeping with her daughter. It is unsettling and uncomfortable which makes it the only part of the movie that isn’t predictable and boring. Ultimately Pavalli learns what is happening and she teams up with her mother to defeat this reincarnated evil.

There isn’t much to Evil Eye. It isn’t scary or unique. The paranormal aspect makes the encounter a little more uncomfortable but we have seen these kinds of movies 1,000 times and this offers nothing new. It suffers from the same issue as Black Box in that it could have been 30 minutes shorter and been just as effective.