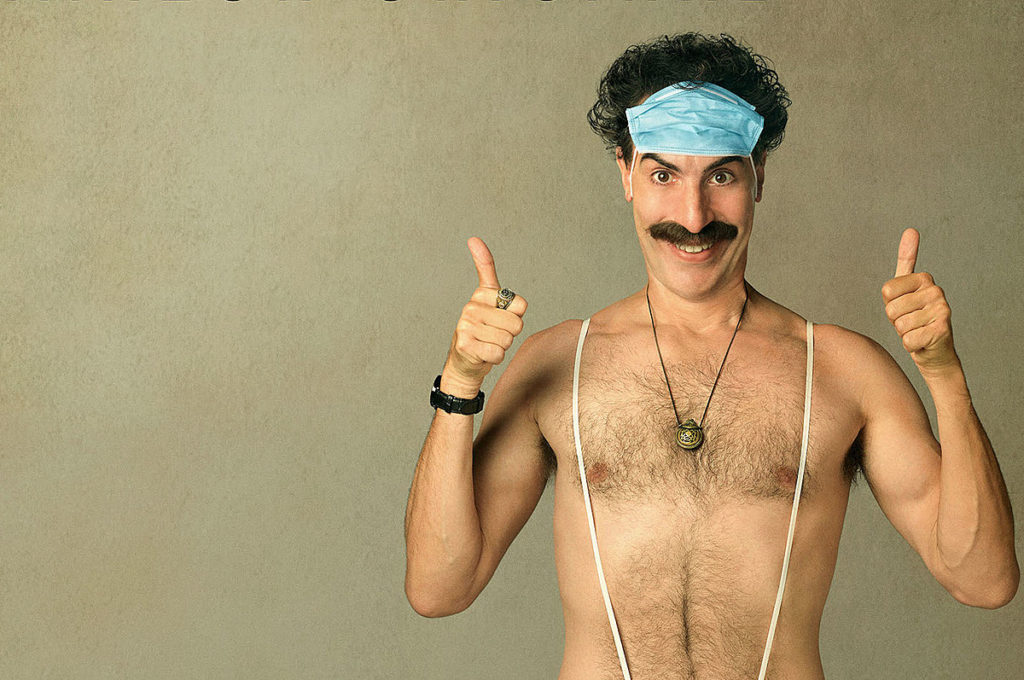 “Borat Subsequent MovieFilm is the comedy film the United States needs to see.”

It’s very nice that Sacha Baron Cohen has returned to the screen as his beloved character Borat, the bumbling journalist from Kazakhstan at a time when the world needs him the most. The first Borat film showcased what it was like when a foreign character who has very little knowledge of how the United States was run, travels stateside, and interviews a bevy of important people in order to report on the culture, society, and politics of America. The result was a downright hilarious and terrifying look at how some people live their lives in the USA, revealing their hatred and racist ideology in public when confronted by this Borat character. In 2020 during the Pandemic, Borat decided to come back to America in his new, incredible, hilarious, and heart-warming sequel Borat Subsequent MovieFilm. 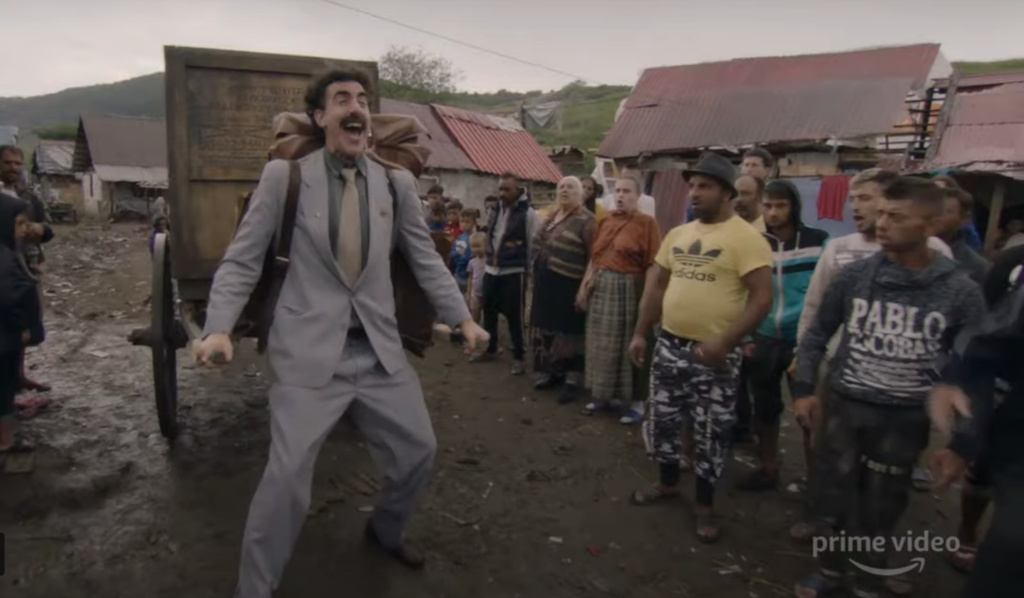 What works so well with the character Borat is how Cohen portrays him. Sure, he is crude, brutally honest, and lacks any social graces, but on the other hand, Borat always wants to do the right thing, is capable of change, and is a lovable man despite some of his quirky mannerisms. This is true in this sequel where Borat’s village has turned on him over the years and are set to execute him. Luckily, he sets out to redeem himself and his country by heading back to the United States.

Once there, he realizes that his 15-year old daughter has stowed herself away to learn about American customs. The story arc has Borat trying to gift his teenage daughter to the biggest politician in the United States – Trump, but when that doesn’t seem feasible, he settles for Mike Pence. Making actual national news at a rally, Borat disguised himself as Trump and tried to gift his daughter to Pence when he was on stage – setting everything in motion for a meeting in a hotel room with Rudy Guliani.

In between these story plot points are Borat trying to teach his daughter Tutar about being an American, based on what he’s seen with Trump and Pence. The results are chaotically funny as Borat tries to get his daughter breast implants, keeps her in a cage, and tells her tall tales of the birds and the bees, amongst other hijinx. Borat takes into account the popularity of the first film and his cult icon status in the real world, so Borat disguises himself in other costumes and makeup to get by and uses his daughter to get into high-security places without getting immediately recognized. It’s a genius scenario and setup that seems to work perfectly and throw people off guard. 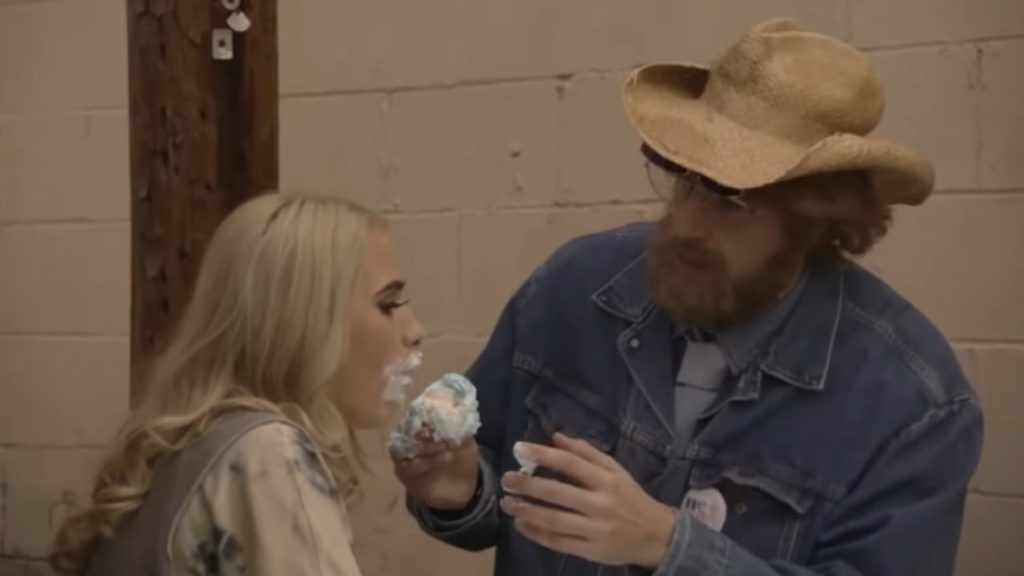 In the midst of the pranks and comedy are some truly genuine moments that only someone like Cohen can pull off in his own unique way. One setup has Borat disguising himself as a Jew, meaning he dresses up as the devil with horns, wings, and a Pinocchio long like nose and heads to a synagogue where two women are there, one being a holocaust survivor. Borat is seeking advice on the holocaust and Jews themselves, being his usual simple, hilarious self, when these two older Jewish ladies just embrace him with open arms. It’s an emotional moment that speaks volumes about tolerance, changing, and progress from whatever extremist ideologies are out there with acceptance and love and throwing away ignorance. There are a few sequences that explore this and it’s wonderful to see play out in addition to all the naked bikinis the hairy Borat wears.

Borat Subsequent MovieFilm is the comedy film the United States needs to see. It’s funny as hell as Cohen hasn’t lost a beat and has some truly remarkable messages in this current turbulent social and political climate. His daughter is played by Irina Novak, who is a fake persona, but whoever she is in real life, she is unbelievably good in her role and owns each second she’s on-screen.