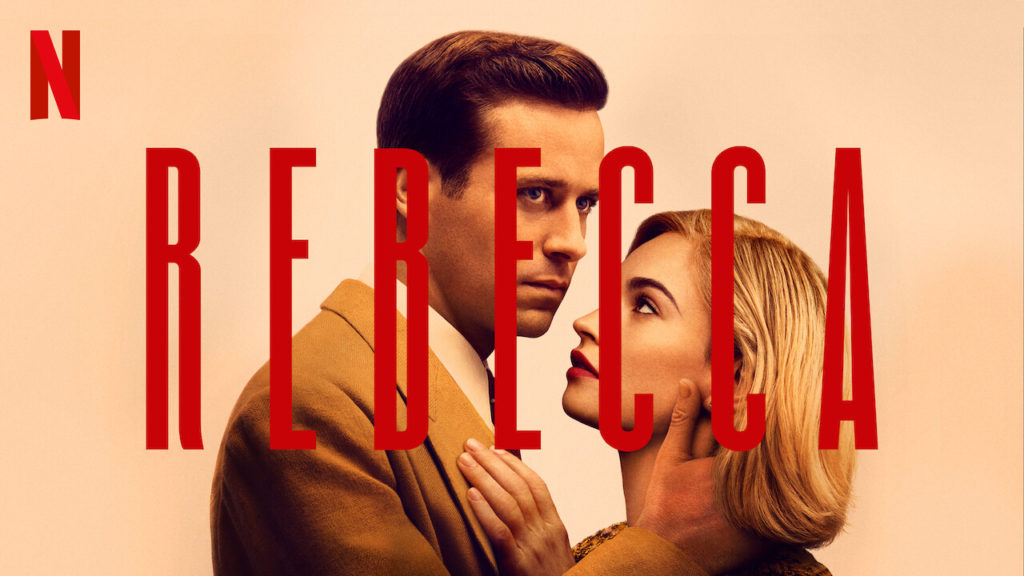 “Armie Hammer had more chemistry with himself in The Social Network than he does in Rebecca.”

Rebecca is the latest movie adaptation of the novel that was forced upon students to read in sophomore AP English. Admittedly, only the broad strokes of the novel are still stuck in the brain but heading into this film adaptation on Netflix, there doesn’t need to be any required knowledge of the book itself to get through this film. Rebecca isn’t sure of what it wants to be and seems to change genres every thirty minutes or so. Is it a forbidden love story? Is it a story about class? Is it a psychological thriller or a gothic horror movie? Is it about uncovering the secrets of the past? Or is it a straightforward courtroom drama? The answer is that it is a little bit of everything which somehow adds up to a whole lot of nothing. 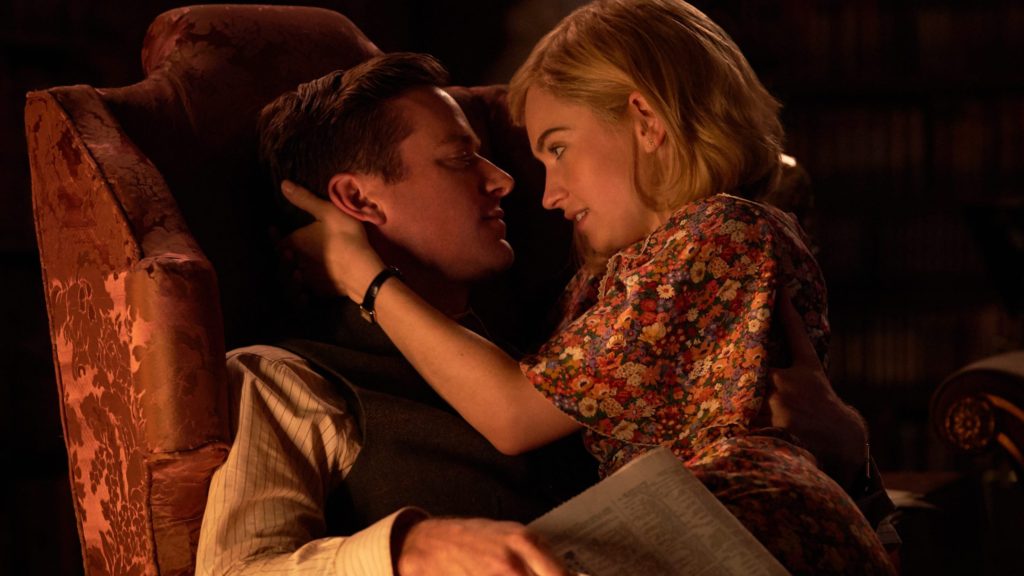 Rebecca is the story of (the second) Mrs. de Winter (Lily James) who is working as “the help” to an aristocratic old woman in Monte Carlo one summer at a World Class Resort. When Maxim de Winter (Armie Hammer) arrives on vacation at the resort he and the future Mrs. de Winter fall in love and quickly marry. Mrs. de Winter learns that Maxim’s first wife Rebecca passed away a year previously and it seems like everyone she talks to mentions how amazing Rebecca was. When Maxim brings her to his lavish estate Manderly, Mrs. de Winter meets Mrs. Danvers (Kristen Scott Thomas) who runs the entire staff of the Manderly and is obsessed with Rebecca. As Mrs. de Winter begins to settle in at Manderly she starts to notice strange behavior from Maxim, an overbearing Mrs. Danvers undermining her every move, and various guests of Manderly who make her question everything going on. The movie races towards a conclusion as we discover the truth about Rebecca, Maxim, and others decide the future of Manderly.

The most underdeveloped portion of this movie is the psychological trauma that Mrs. de Winter is enduring upon her arrival in Manderly. Mrs. Danvers is obsessed, maybe in love, with Rebecca, and does everything she can to destroy Mrs. de Winter’s confidence and standing within the community. Mrs. Danvers makes Mrs. de Winter question every decision she makes and turns Rebecca’s memory into a completely haunting memory of someone Mrs. de Winter can never live up to because Rebecca is an untouchable memory. Unfortunately, the movie only explores this aspect of the story in small little spurts and doesn’t make this conflict its central focus. Kristin Scott Thomas and Lily James are both at their best in this movie in the short cat and mouse game and psychological tricks they play with each other. This bright spot is short-lived as the mystery of Rebecca’s death, investigation, and trial take over the final third of the movie. 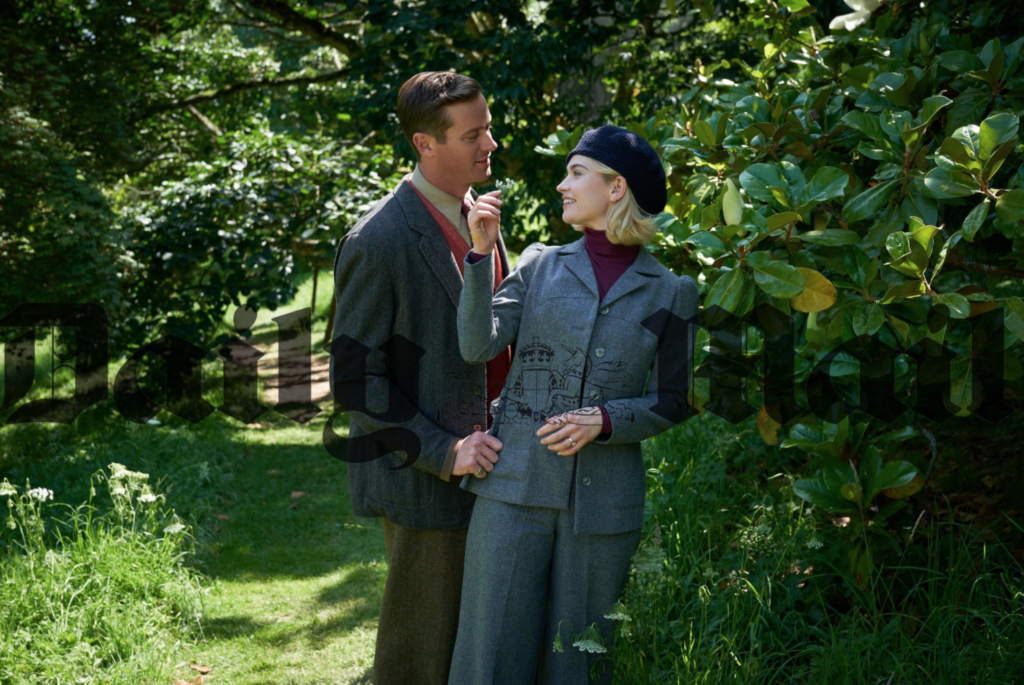 Armie Hammer as Maxim de Winter is completely miscast. He absolutely looks the part but lacks any chemistry with Lily James in this movie. At the beginning of the movie, they have some typical romantic dates as they quickly fall in love and I bought none of it. He is an attractive man to pair with Lily James but there was no charisma or charm on display to buy into. Armie Hammer had more chemistry with himself in The Social Network than he does with the woman he sweeps off her feet in a few days in this movie. Being unable to buy them as a couple makes the twists and turns later in the movie hard to tolerate.

In the end, this movie is unsure of what it wants to be and nobody making the film had the confidence to fully commit to any of the genres they hop between. A more focused movie zeroing in on two or three aspects of the narrative would have likely made for a more streamlined story that worked. Instead, there was too much thrown at the wall, and not enough characterization with certain leads to earning any of the stakes or twists that the story depends on for closure.