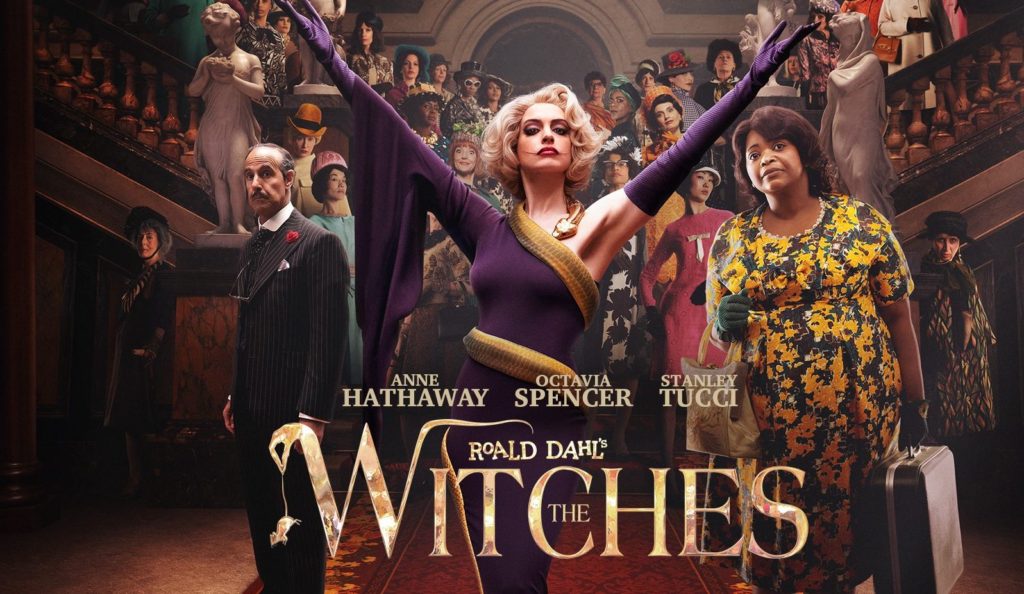 “There’s no reason to watch The Witches (2020) on any level, but instead take a trip back to 1990 and watch the original, which is amazingly satisfying.”

Some thirty years ago, Warner Bros. Pictures and Jim Henson (The Muppets) teamed up to bring the fantastic Roald Dahl book The Witches to life for the big screen. Directed by Nicolas Roeg (The Man Who Fell To Earth, Performance) and starring the titular Angelica Houston as the Grand High Witch, the film was a perfect mix of comedy and horror that was suitable for all ages where everyone could enjoy in the laughter and terror being displayed – not to mention the outstanding practical visual effects throughout the film by Henson and Co. Warner Bros. has decided to reboot the classic tale in time for Halloween with a brand new cast, but due to COVID-19, the studio paired up with HBO to release this remake exclusively on the new streaming service HBOMAX, again with a stellar cast and top-notch production team, including director Robert Zemeckis (Back to the Future Trilogy, Forest Gump), and producers Alfonso Cuaron (Gravity, Children of Men), and Guillermo Del Toro (Pan’s Labyrinth, Hellboy). Somewhere and somehow, everything went wrong that has resulted in one of the worst films to be released in some years for a variety of reasons. 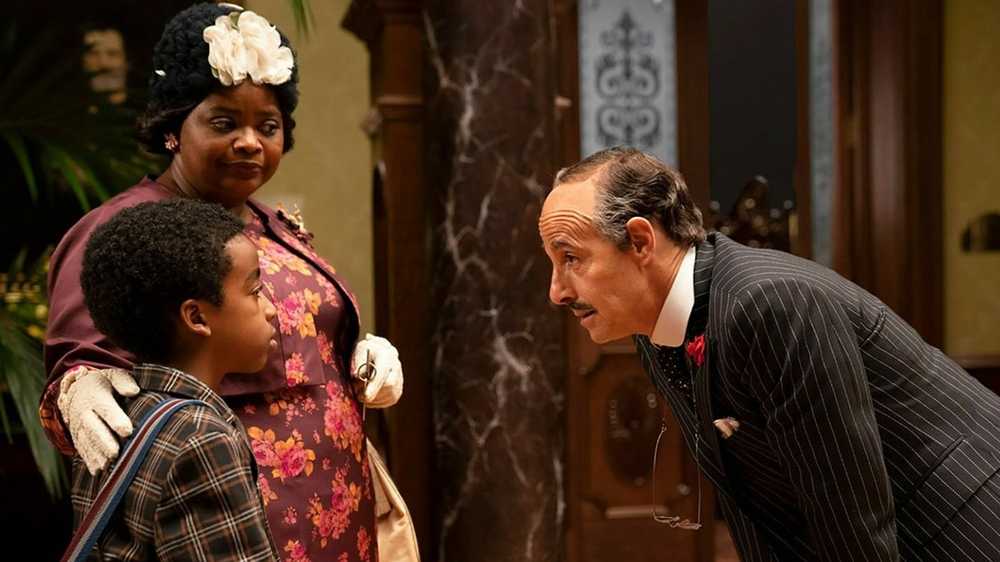 The story follows a young kid named Charlie (narration by Chris Rock) who loses his parents in an accident and is taken in by his grandmother Agatha (Octavia Spencer). It’s here where she tells him tales of actual witches living amongst the human population, whose sole mission in life is to kill all children. Shortly after the tragedy of Charlie’s parents, he and his grandmother head to a fancy hotel for some relaxation, not knowing that during their stay, there is a big witch convention where the Grand High Witch (Anne Hathaway) will be in attendance to announce her new plan to rid the world of all children via a new potion that will turn these kids into mice where they can stomp and destroy them. Unfortaunely, Charlie and his new friend Bruno are caught by the switches and are turned into mice. With the help of Agatha and another mouse (voiced by Kristin Chenoweth with a thick country accent), these three mice and a grandmother set out to destroy the witches for good.

The original film took place in the 1980s in England, but Zemeckis’ version takes place in the 1960s in Alabama with a fantastic selection of songs throughout the film, including “Reach Out (I’ll Be There)” by The Four Tops and “Sitting On The Dock Of The Bay” by Otis Redding to name a couple. That’s where the success and praise starts and ends with this remake of The Witches. Unlike the original film, this version is a more faithful adaptation of Dahl’s book, complete with the more sour ending that was completely changed in the original film. It’s not always a good idea to completely adapt a book to screen, such as the case with another Dahl classic Charlie and the Chocolate Factory. The Gene Wilder version was a bit different than the book, but was adapted perfectly for a heart-warming and thrilling story for the whole family. Tim Burton and johnny Depp came along and made a more faithful version to the original source material that resulted in a whacky abomination of what came before it that was downright laughable in the worst ways. That’s exactly the case with The Witches here, but it’s worse in almost every way.

The entire film is so drastically hyped up that every performance and action seems to have been injected with meth and cocaine, resulting in the the most overly-acted performances ever committed to the film, specifically Hatahway’s interpretation of the role that makes any Jim Carrey exploit seem like Ben Stein in Ferris Bueller’s Day Off repeating the name Bueller over and over. The performance is that bad, and its rampant with every character in the film unfortunately.  On top of that, the CGI work with the witches in full regalia and the mice look like it was created by a middle-schooler taking their first introduction class in 1996.

The original film made use of real mice and practical effects which brought the story and characters down to a more-grounded level that seemed real, however, in this version it’s anything but that. The visual effects are some of the worst effects seen in a modern day film and almost look like they’re not even finished yet, straight down to Hatahway’s Joker-esque transformation with a large smile that splits her face, revealing shapr teeth. A supernatual element is also present with these witches as they now can contort their bodies to stretch out their limbs dozens of feet in distance and can levitate, making this reboot something otherworldly than anything grounded in reality – which is what worked so well in the original film. 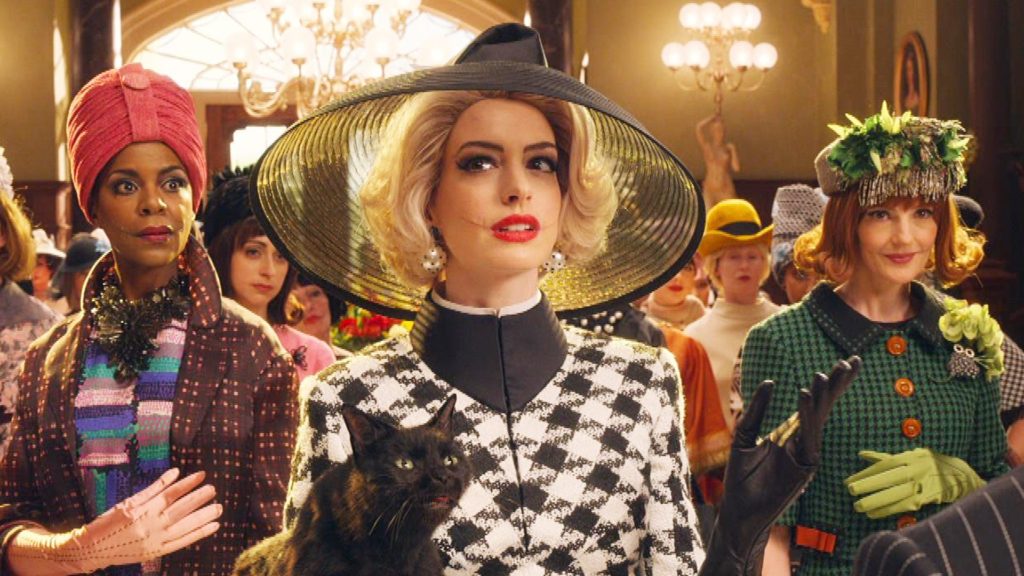 It’s difficult to tell where it all went wrong since people like Cuaron and Del Toro were a part of the production here, but Zemeckis has certainly lost the filmmaking touch over the past twenty years with the exception of his film Flight, starring Denzel Washington. Even Alan Silvestri’s score is immediately forgettable this time around and lacks any sort of whimsical, catchy tune. There was a hope for a fun and exciting Chris Rock narration, similar to his work on the hit show Everybody Hates Chris, but again, Zemeckis told everyone to overdo it for some unknown reason and it all comes across as desperate, annoying, and bad. There’s no reason to watch this film on any level, but instead take a trip back to 1990 and watch the original, which is amazingly satisfying.