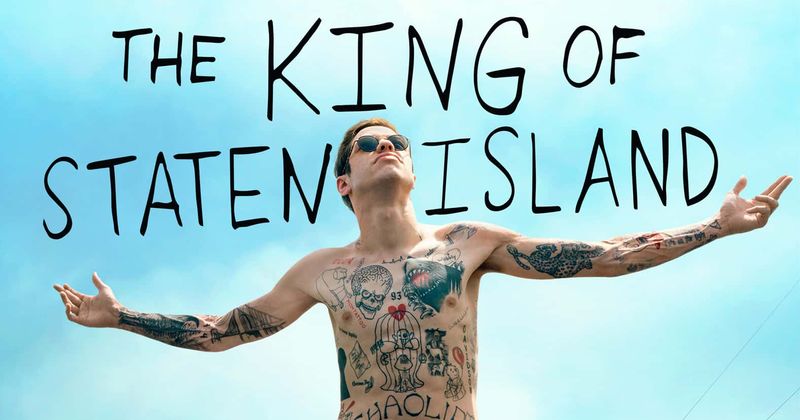 ” The King of Staten Island is the next step in the heartfelt comedy world. “

Film Director Judd Apatow has an uncanny ability in telling a transformative story about a character who at first is rough and ragged around the edges, but by the end of the tale is a magnificent piece of human existence, willing and ready to be better, which is what most people strive for in life – – complete with unlimited humor. With Apatow’s latest film The King of Staten Island, the SNL funnyman Pete Davidson gives a hefty dose of his personal life that mixes perfectly with Apatow’s brand of comedy and storytelling about a 24-year-old man still struggling to deal with the death of his father when he was a child and navigating his mundane life, not realizing what wonderful elements are surrounding him. The King of Staten Island is poignant and significant in dealing with grief and growing up, along with some gleefully funny sequences that mold flawlessly with some heartfelt emotions in what is to be Apatow’s best film to date.

Those unfamiliar with Pete Davidson are in store for something great with The King of Staten Island that plays out like the college course Pete Davidson 101. It studies the life of the comedic actor and what makes him tick, perfectly placing himself among the best Apatow characters that stand next to Steve Carrell’s 40-Year-Old Virgin, Adam Sandler’s prickish Hollywood actor in Funny People, and Seth Rogen’s Knocked Up soon-to-be father. Davidson’s sardonic buoyancy encapsulates his state of mind in a great way, as he deals with his own personal demons and those around him who he fails to see as trying to better his reality. 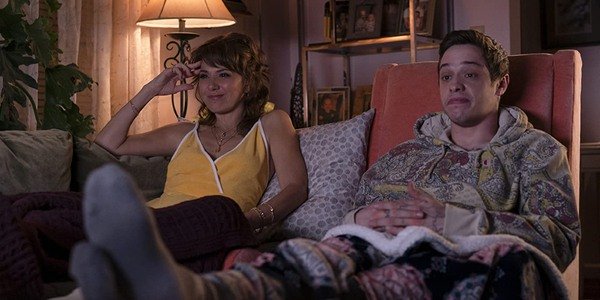 In this semi-autobiographical film, Davidson plays Scott, a 24-year old man living with his mother Marge (Marisa Tomei), who spends all of his time getting high in his trio of friend’s basement, making fun of one another, and improving their video game skills, as he tries to improve his tattoo art on his skeptical friends. His life is in a Groundhog Day state, never moving forward with anything rewarding or uplifting. Even his girlfriend Kelsey (Bel Powley) tries to nudge him in the right direction but is met with a charming honesty of negativity. After his younger sister Claire (Maude Apatow) graduates high school and heads to college, Scott begins to evaluate his situation, which is where his world comes tumbling down when his mother meets a new suitor named Ray (Bill Burr), who had an unpleasant encounter with Scott the day before when he tattooed his 9-year-old kid.

As Scott has never really dealt with the death of his father during a firefighting job when he was young, now he must face the sad fact that he’s actually gone and that everyone in his life is moving on, except him. The amount of grief he showcases and transforms into his unique brand of comedy is simply remarkable as it shows the true pain underneath the surface, which is probably what Davidson has been dealing with in real life since his father was killed on 9-11 as a first responder at the Twin Towers. Where Apatow really shines here is with the long transformation of Scott during his many obstacles, no matter how over-the-top they are, which Davidson nails every emotional tone to perfection. 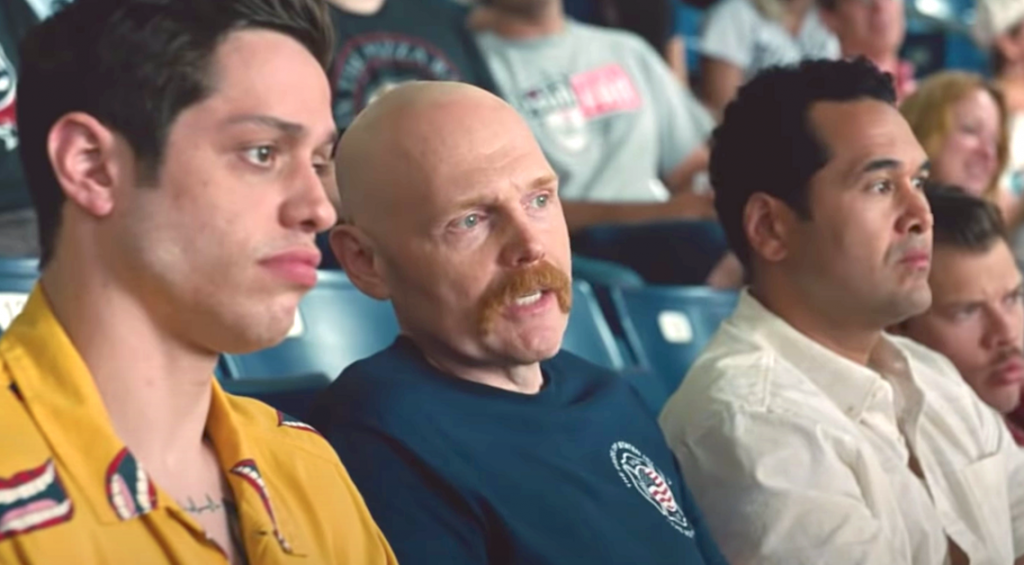 The usual path in Apatow films is followed to a tee here, but there is less toilet humor here than in previous outings, which gives a bigger emotional impact in the end. It’s not without its funny sequences or montage moments though, which play well. And like most other Apatow films, the female characters are the backbone of the story, delivering most of the true and excellent advice that the main character should follow and eventually will cross that finish line of happiness, which is where Tomei and Maude excel in here.

This is also Judd’s best-looking film to date, revealing all of the beauty in unexpected places inside and surrounding the underdog that is Staten Island. Mr. Apatow brought along cinematographer Robert Elswit (There Will Be Blood, Nightcrawler, Good Night, and Good Luck) to shoot the film, which has a very Woody Allen feel in terms of another love letter to New York, but in this case Staten Island. It’s a beautiful film visually as well as internally.

The real star though is Pete Davidson himself, as he proves instantly that he is a likable, leading man who no matter what wrong mistakes his character makes, his quintessential charm overpowers any misgivings with an inked up smile. The King of Staten Island is the next step in the heartfelt comedy world.