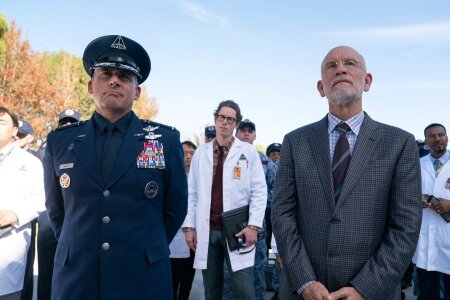 “Space Force Season One is one great step for Netflix, and one giant step for comedy space shows.”

Greg Daniels is no stranger to remarkable television shows. He’s helped write and produce some of the best series in history, including Seinfeld,  The Simpsons, King of the Hill, and more. He co-created Parks and Rec, and more importantly, he served as showrunner for the American version of The Office that starred Steve Carrell. The former Scranton branch regional manager and Daniels have now teamed up again for their new comedy half-hour series on Netflix titled Space Force, which has enough comedy and charm to travel to the moon and back.

Carrell and Daniels don’t stray too far from what they know best as Space Force is a fantastic blend of multiple genres that all resorts back to comedy. It’s easy to see how Stanley Kubrick’s Dr. Strangelove played a vital role in the creative process for the new Netflix show as America is now in a race to get back to the moon before other countries can place their flag on that big growing rock, as a multitude of politicians, scientists, and military personnel cross paths in trying to have a successful mission by any means necessary. 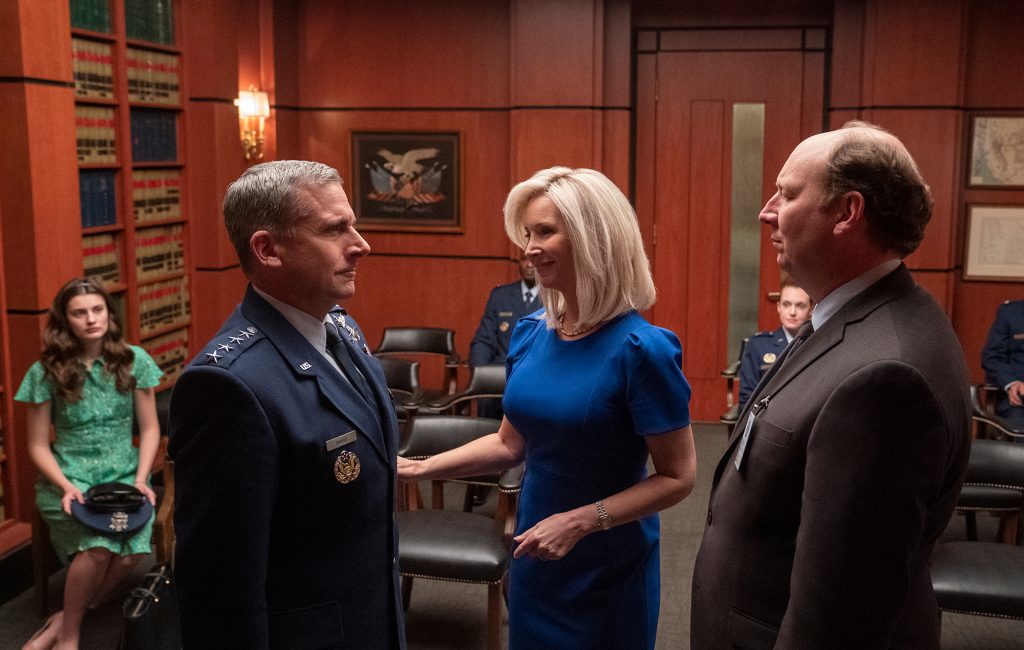 Space Force follows the newly made General Mark R. Naird (Carrell), who is promoted to run Space Force in Colorado. He brings his family, including his teenage daughter Erin (Diana Silvers) and wife Maggie (Lisa Kudrow) along for the ride as he promises the nation that “there will be boots on the moon by 2024.” General Naird works with his rocket scientist Dr. Adrian Mallory (John Malkovich), a botanist (Jimmy O. Yang aka Jin-Yang from Silicon Valley), a pilot itching the urge for space exploration (Tawny Newsome), and Ben Schwartz as the Space Force social media director in an effort to launch a team of astronauts to the moon with as little error as possible. Of course, that’s not the case as many obstacles both big and small get in the way.

For a lot of the first season, Carrell pulls out some Michael Scott tendencies, in the form of silly and uncouth behavior, but has that soothing yet strong and meaningful presence and dialogue to make everything alright by the end of each episode. Carrell dons a raspy voice as he tries to persuade every department and element in the space program that his vision is the correct one, and more often than not, he’s correct. As season one moves forward, the characters are set up, explored a little, and are moved strategically in place for big future season conflicts. 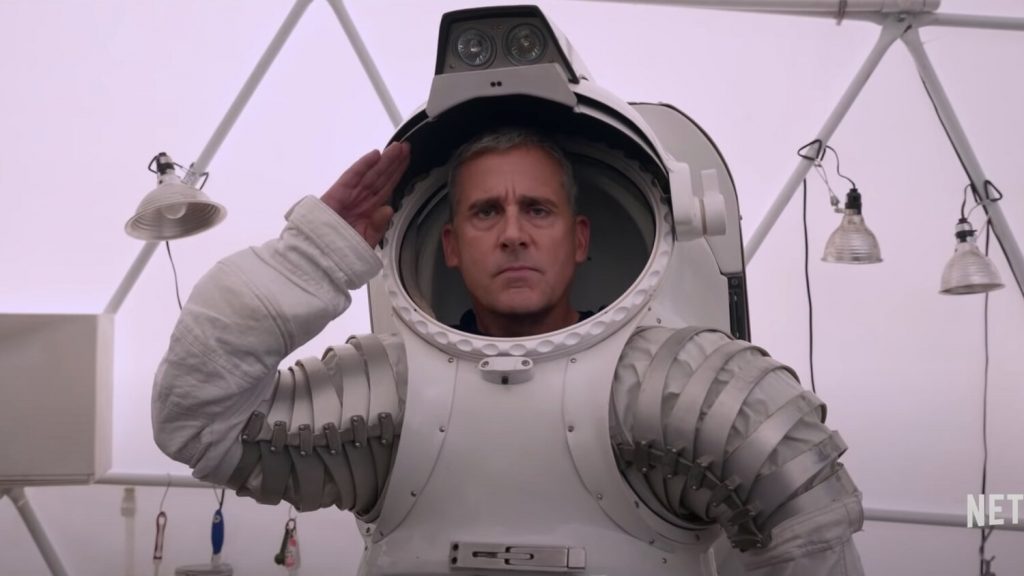 Astronaut training, begging Congress for more money, and forming a solid Space Form team that has each other’s backs are the key ingredients for season one before the big launch to the moon towards the end of the season, and it plays out perfectly with some truly laugh out loud moments, mainly from the excellent performance from John Malkovich. Additionally, there are quite a few fantastic cameos that pop up in a few memorable episodes that showcase what a real space program must go through in order to launch successful missions. There are some heavy satire and wit throughout to the current political and social circus of America these days, which is where Daniels and Carrell succeed the most.

Space Force Season One is one great step for Netflix, and one giant step for comedy space shows that promises even bigger thrills and laughs next season.