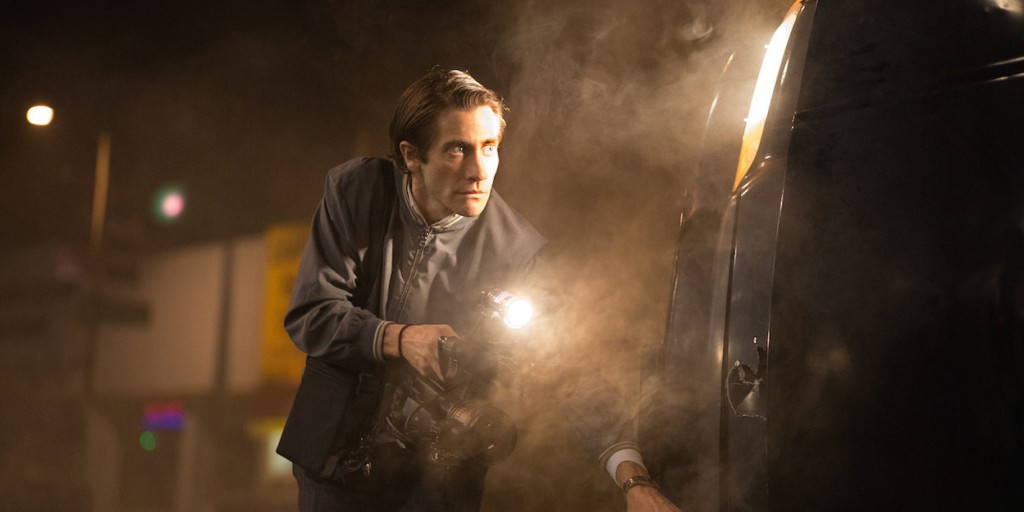 It’s very rare to me when a film stays with me for weeks on end. It’s been more than a month and I still can’t stop thinking about Dan Gilroy’s directorial debut ‘Nightcrawler‘. It’s a smooth yet very suspenseful thriller about a friendless sociopath who decides one day he is going to start a career in freelance TV new reporting, where we see him succeed as well as go to the metaphorical “dark side”. This sociopath is played by the impressive Jake Gyllenhaal who (to put lightly) has major psychological issues. We’ve seen him play something similar before in ‘Enemy‘ and ‘Donnie Darko‘, but here, he’s on a whole different level. It’s easy for me to say that Jake Gyllenhaal plays the most frightening character in film in the last decade.

We meet Louis Bloom (Gyllenhaal) as he is brutally beating up a security guard so he can steal some scrap metal for money as well as the man’s watch. It’s easy for us to see how unhinged Bloom is here with his facial expressions and actions towards everyone around him and needless to say, he can’t hold a job for very long, but he is very willing and able to do almost anything in addition to him being somewhat of a brilliant mind. One night, he comes across a bad car accident and sees a freelance videographer (Bill Paxton), shooting the crime scene in order to sell this footage for money to local television stations. These freelancers are known as “nightcrawlers”. 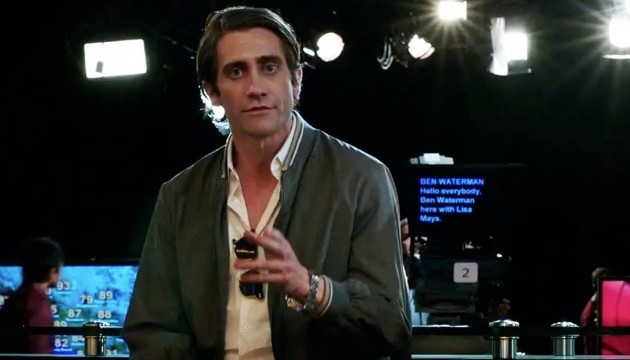 Once Bloom sees how much money can be made with this, he is quick to sell some of his belongings to get a cheap video camera and a police scanner, and soon enough, her is out looking for something bloody. He catches his first major car accident and does everything wrong professionally including getting into the police officer’s face, shooting closeups of the victims who are bloodied and on the edge of death with no regard of personal space or pleasantries. He has no limits of how he should act, think, or speak, which is why he is a loner. He turns in his first video to a local TV station where the news director, Nina (Rene Russo) will do and show anything on television for good ratings. Her motto is, “the more blood and guts – the better”.

Gilroy’s script allows us to see Bloom in such a way where we should be afraid of him as well as encouraging him. All instances are awkward and horrifying, including Bloom holding an impromptu interview with an intern (Riz Ahmed) or taking Nina out to dinner and ultimately blackmailing her into sleeping with him to keep the news ratings high. There is literally no limit to what Bloom is capable of. And after Bloom witnesses a brutal home invasion/murder scene happen on camera, the things Bloom will do to satisfy his personal urge as well as his career definitely cross a big line. 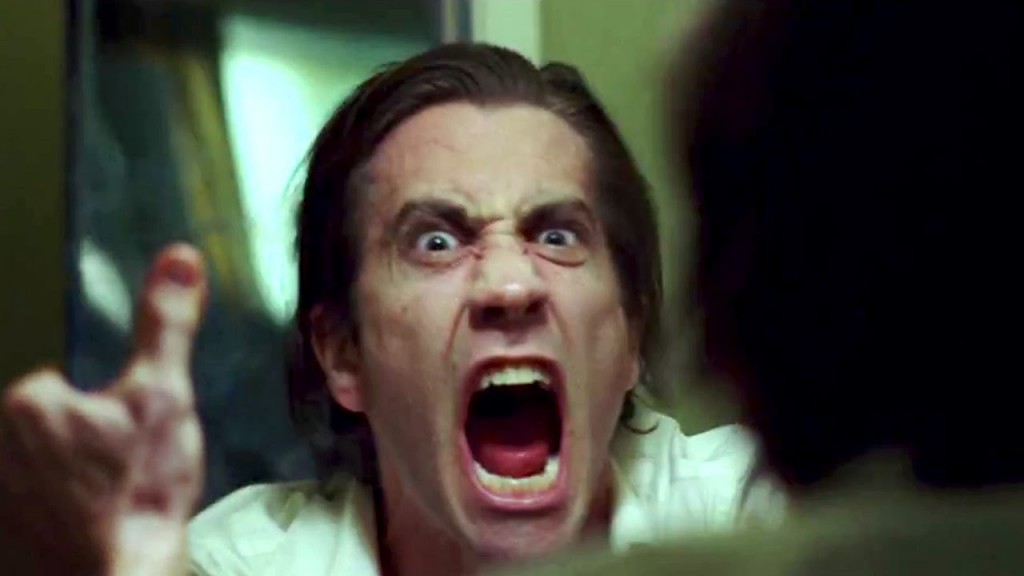 ‘Nightcrawler‘ keeps you on the edge of your seat throughout its two-hour runtime. Jake Gyllenhaal plays Louis Bloom so pitch perfect, that you have no idea what he is capable of doing at any given moment. You don’t know whether he will shaker your hand with a grin or rip your heart out of your chest and feed it to you. He’s that scary. ‘Nightcrawler‘ is one of the finest films of the year and looks impressive up and down the scale. Make it a point to see ‘Nightcrawler‘.