Horror movie filmmaker Alexandre Aja has given us quite a few gems over the past decade, which include the French film ‘Haute Tension‘ and the American remake of ‘The Hills Have Eyes‘. Needless to say, he has made his own unique impact on the horror genre. But where those films tend to be the straight-in-your-face horror films with tons of blood and guts, Aja has transitioned into something with a bit more depth that what he is used to with ‘Horns‘, which is based on Joe Hill’s (Stephen King’s son) novel of the same name.

‘Horns‘ is somewhat of a noir fairy tale horror film with a big mix of dark comedy and romance. And with Daniel Radcliffe’s starring role in the film, I have no doubt that this surprisingly graphic and hard ‘R’ film will be seen and liked by many. Plus, when you can get a former talented wizard from Hogwarts to play basically the devil, you say, “Yes”.

Radcliffe plays a young man named Ig Perrish, who has become an alcoholic recluse since the recent murder of his girlfriend Merrin (Juno Tmple) started making headlines with Ig the prime suspect. As reporters, cops, and people in town accuse of him of the worst, Ig begins to sprout horns from his head, literally. 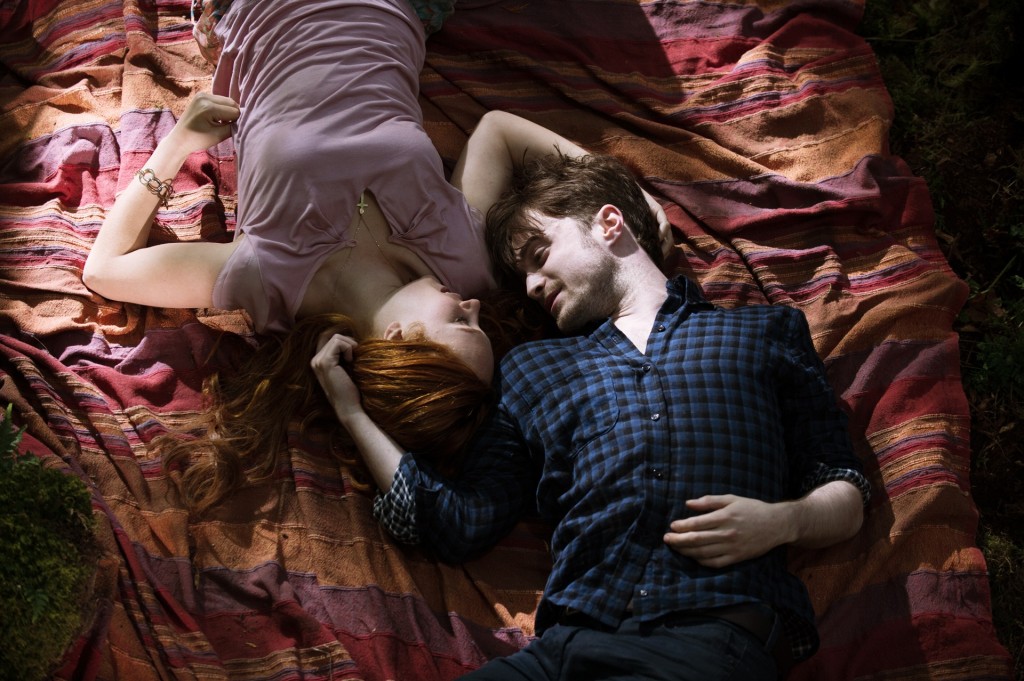 Like most people, Ig tries everything to remove these new horns form his head, but has no luck. When people in town come across him, they don’t look horrified, but rather, they fall under some sort of trance and begin to tell Ig their deepest darkest secrets and horrifying desires, which include a mother confessing that she wants to kick her screaming toddler across the floor so it will finally stop making noise.

Ig also realizes he has another power, which is basically “the word of God” from the book series ‘Preacher‘, meaning when Ig tells you to do something, you have to do it, which becomes very comical when he tells a bunch of news reporters to fight to the death, where who is ever left standing gets an exclusive interview with him.Even Ig’s parents and brother Terry (Joe Anderson) has darker secrets of his own and turns his back on Ig, leaving Lee (Max Minghella), Ig’s childhood friend and lawyer, his best bet of beating these murder charges. 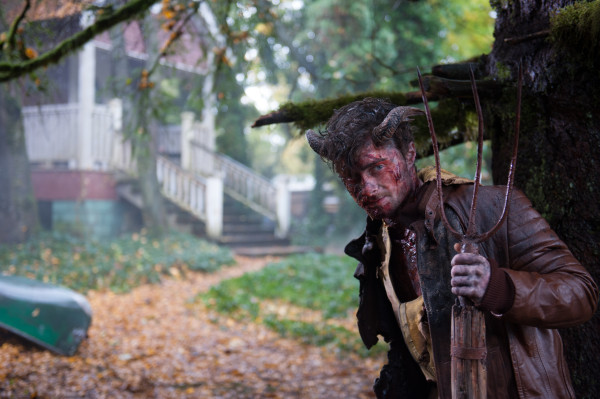 What works so well with ‘Horns‘ is that Aja leaves all of the biblical references out, while Ig slowly looks like the devil himself more and more with a pitchfork and snakes surrounding him. Aja instead focuses more on the romantic story of Ig and Merrin’s relationship through flashbacks and his never ending search for the real killer.

Radcliffe is brilliant here and is unlike anything you have seen him in before. The rest of the cast turns in solid performances as well. The special effects and makeup effects are award worthy and look very realistic. The dark comedy is solid gold too and might make you feel guilty for laughing, but it’s executed so well that the guilt leaves and satisfaction sets in. ‘Horns‘ is an excellent edition into the horror genre and Radcliffe is amazing in it.