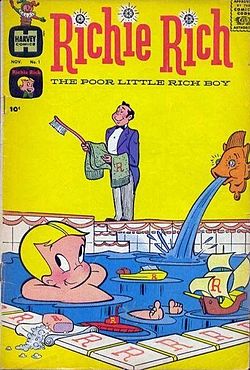 The 80’s were all about excess. If you liked neon, you didn’t wear just a little bit of neon in your wardrobe, you saturated yourself with it, if you wore makeup, it was caked on thicker than Dee Snider’s and if you watched a cartoon about a rich kid, he had to be the most opulent image of wealth a kid could fathom which basically came down to swimming in a pool of money with a dog named Dollar. 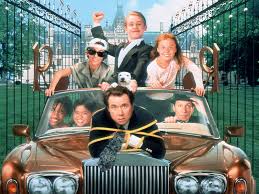 Richie was the star of Harvey Comic’s ‘Richie Rich‘ debuting in 1953 and dubbed as “the poor little rich boy”. The pint-sized kajillionaire was the most popular character and was pretty frequently cross-branded with Scooby and Scrappy Doo. Along came the 80’s and Hanna-Barbera claimed the golden child for an animated series that ran for 2 years. The series was revitalized in the 90’s and taken for a stroll on the big screen with Macaulay Culkin playing the lonely lad. Now Netflix has eyed the wealthy kid for an animation-to-live action series exclusively available to SVOD customers. 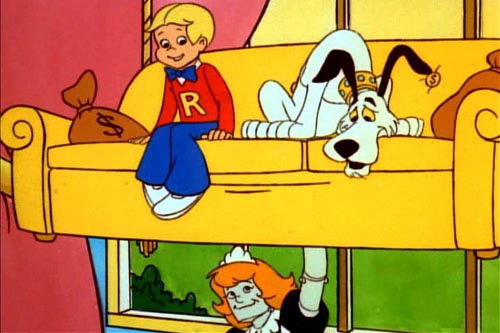 Available in early 2015 as a comedy 30-minute series. After making a trillion dollars by inventing and selling a cool new green technology, Richie moves into a decked out mansion and instantly starts living the most awesome life ever. The 21-episode series follows his adventures, from exploring Antarctica, making a movie with his friends and meeting famous celebrities. There’’s never a dull moment in Richie’’s new life. Starring in the small-screen vision is Jake Brennan (‘Dark Skies‘), Joshua Carlon, Jenna Ortega, Lauren Taylor, Kiff VandenHeuvel (‘Star Trek Into Darkness‘) and Brooke Wexler.

AwesomenessTV has created several serials and full-length films that I happen to really love, ‘Smallville‘ and ‘Varsity Blues‘ top that list. Brian Robbins, Co-founder of AwesomenessTV will executive produce with Tim Pollock and Jeff Hosden, the latter of the three men will serve as show runners. Among their list of accomplished works are the Disney favorites ‘The Suite Life of Zack and Cody‘ and ‘A.N.T. Farm‘.