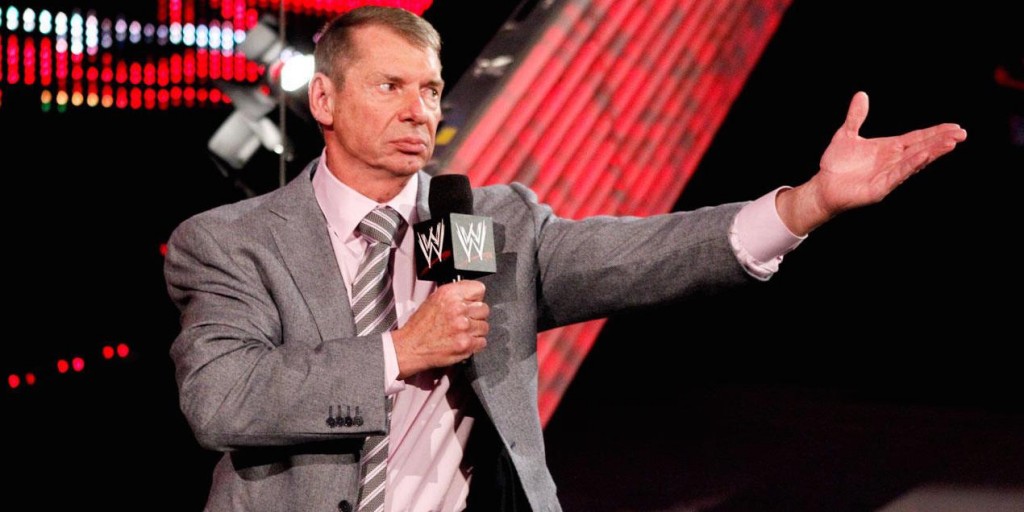 The CEO of WWE, Vince McMahon announced to investors and the WWE Universe this morning some new plans and pricing for their 24/7 network. When the network debuted, I purchased it on day one. As a long time WWE fan, it was such a wonderful thing to have a channel devoted to everything WWE. I could watch any pay per view from WWF, WWE, WCW, and ECW since the 70s. Not only that, I could watch their original programming, any home video that had been released, and the current pay per views live. All for the price of $9.99 a month.

However, in order to get that price, I had to pay for a full six months up front, which was fine. But I imagine some people would rather do a month to month billing subscription. Now over the course of the last several months or so, WWE has not been doing well financially, and Vince and the executives over in the Northeast have been trying to figure out a way to gain more subscribers.

Well, this morning, Vince announced that for the entire month of November, the WWE Network will be FREE. Yes, FREE, including the big pay per view ‘Survivor Series‘. After November, you can opt in for a month to month subscription for $9.99 a month without having to pay for several months of service up front. Now I hope this helps them out and if you haven’t already, make sure you at least try out the Network for November. It’s completely worth it. 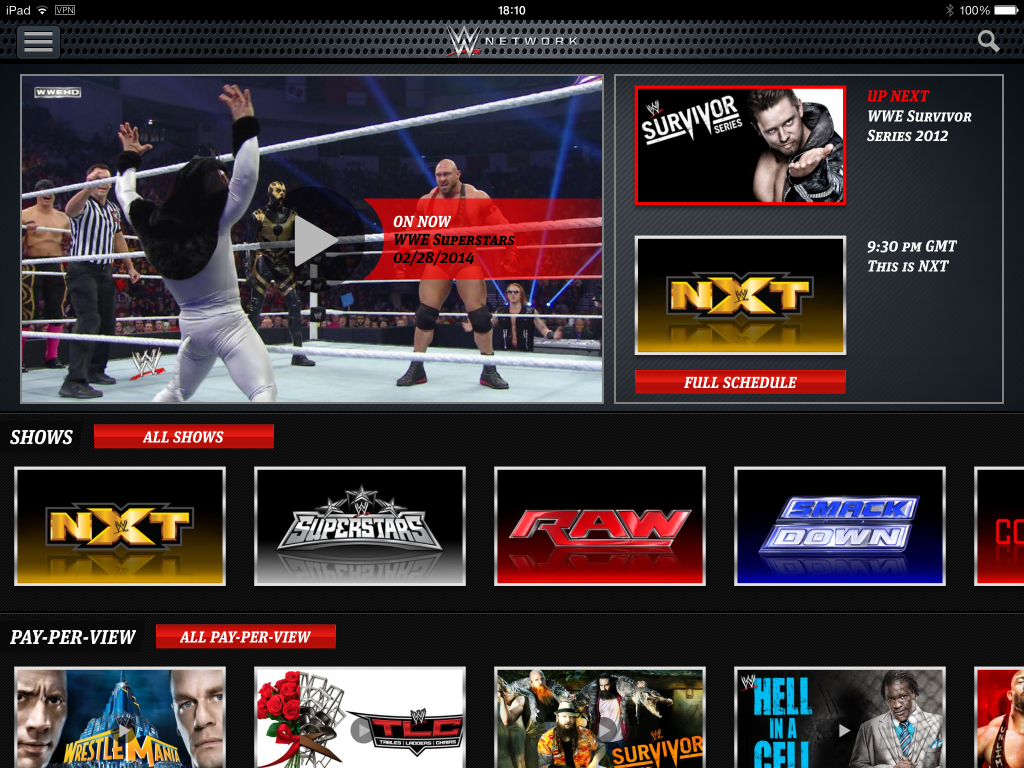 STAMFORD, Conn., Oct 30, 2014 (BUSINESS WIRE) — Much like other subscription businesses including Netflix and Hulu Plus, WWE® will be offering:

November For Free: New subscribers will receive WWE Network free of charge for the entire month of November – including Survivor Series on Sunday, November 23.

New Simplified Price Plan: WWE Network will be available for $9.99 per month with no commitment and the ability to cancel at any time.

“We are excited to offer new WWE Network subscribers the month of November free to experience all of our live programming, explore thousands of hours of video-on-demand content, and watch Survivor Series, one of our most popular events,” said Michelle Wilson, WWE Chief Revenue & Marketing Officer. “Our research combined with best practices in digital subscription businesses affirms our belief that a simple, single price plan will help us continue to grow WWE Network’s subscriber base.”

WWE Network is a one-of-a-kind experience for fans that has been met with critical acclaim.

Yahoo! Sports said, “All signs point to WWE having a championship product on their hands.”

USA Today said, “It’s a no-brainer for even casual viewers from a consumer standpoint.”

WWE Network features 24/7 scheduled programming, all 12 pay-per-view events LIVE and the most comprehensive video-on-demand library with more than 2,600 hours of content, including every WWE, WCW and ECW pay-per-view, all for $9.99 per month with no commitment and the ability to cancel any time. WWE Network programming includes groundbreaking original programming, reality shows, documentaries, classic matches, exclusive coverage of special events and more. The U.S. English language version of WWE Network is available on an over-the-top basis in more than 170 countries and territories.

Like other digital subscription services, such as Netflix and Hulu Plus, fans are able to subscribe online by going to WWE.com and clicking on the WWE Network button on the top right corner of the navigation bar.

For a complete listing of WWE Network availability by country and device, please click here.

WWE, a publicly traded company WWE, -3.42% is an integrated media organization and recognized leader in global entertainment. The company consists of a portfolio of businesses that create and deliver original content 52 weeks a year to a global audience. WWE is committed to family friendly entertainment on its television programming, pay-per-view, digital media and publishing platforms. WWE programming reaches more than 650 million homes worldwide in 35 languages. WWE Network, the first-ever 24/7 over-the-top premium network that includes all 12 live pay-per-views, scheduled programming and a massive video-on-demand library, is currently available in more than 170 countries. The company is headquartered in Stamford, Conn., with offices in New York, Los Angeles, London, Mexico City, Mumbai, Shanghai, Singapore, Dubai, Munich and Tokyo.

Additional information on WWE WWE, -3.42% can be found at wwe.com and corporate.wwe.com. For information on our global activities, go to http://www.wwe.com/worldwide/.

Forward-Looking Statements: This press release contains forward-looking statements pursuant to the safe harbor provisions of the Securities Litigation Reform Act of 1995, which are subject to various risks and uncertainties. These risks and uncertainties include, without limitation, risks relating to entering into, maintaining and renewing key agreements, including television and pay-per-view programming and our new network distribution agreements; risks relating to the launch and maintenance of our new network; the need for continually developing creative and entertaining programming; the continued importance of key performers and the services of Vincent McMahon; the conditions of the markets in which we compete and acceptance of the Company’s brands, media and merchandise within those markets; uncertainties relating to regulatory matters; risks resulting from the highly competitive and fragmented nature of our markets; uncertainties associated with international markets; the importance of protecting our intellectual property and complying with the intellectual property rights of others; the risk of accidents or injuries during our physically demanding events; risks associated with producing and travelling to and from our large live events, both domestically and internationally; risks relating to our film business; risks relating to new businesses and strategic investments; risks relating to our computer systems and online operations; risks relating to general economic conditions and our exposure to bad debt risk; risks relating to litigation; risks relating to market expectations for our financial performance; risks relating to our revolving credit facility specifically and capital markets more generally; risks relating to the large number of shares of common stock controlled by members of the McMahon family and the possibility of the sale of their stock by the McMahons or the perception of the possibility of such sales; the relatively small public float of our stock; and other risks and factors set forth from time to time in Company filings with the Securities and Exchange Commission. Actual results could differ materially from those currently expected or anticipated. In addition, our dividend is dependent on a number of factors, including, among other things, our liquidity and historical and projected cash flow, strategic plan (including alternative uses of capital), our financial results and condition, contractual and legal restrictions on the payment of dividends, general economic and competitive conditions and such other factors as our Board of Directors may consider relevant.