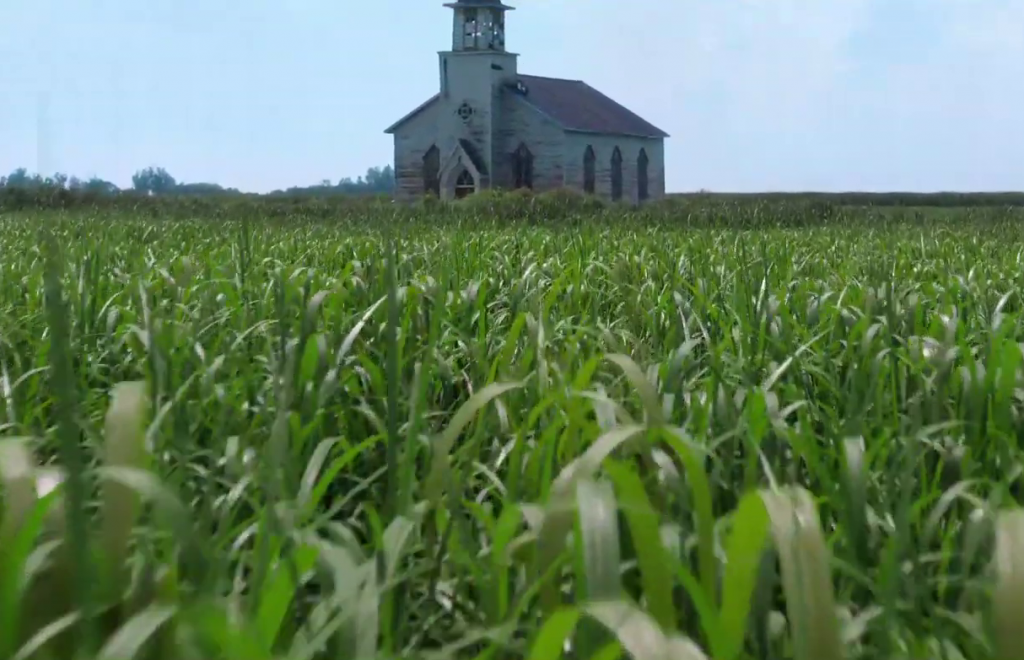 Stephen King has a penchant for terrifying us with the most innocent things. Whether it be a cornfield, a family dog, a classic red car, or even a fancy hotel at a ski-resort – King delivers the scares more than most. The same can be said for his short novella he co-wrote with his son Joe Hill called ‘In the Tall Grass‘, which takes place in a beautiful and lush field of tall green blades of grass. Director Vincenzo Natali (‘Cube‘, ‘Splice‘) adapts this horrific story for the big screen as he clutches to the overall maniacal themes of this bloody novella, but never takes it to a peak level of savagery as the written words do. In fact, it’s best you separate the source material from the adapatation so you can enjoy each piece of material individually along with their great unique qualities.

Siblings Becky (Laysla De Oliveira) and Cal (Avery Whitted) are road-tripping across country on their way to California. Becky is about to give birth to a new baby, but the baby’s father Travis (Harrison Gilbertson) is nowhere to be found. The car journey seems to be going well, until Becky has her brother Cal pull to the side of the road to get rid of some nasty morning sickness. On one side of the road is an old abandoned church where the other side is an ocean of ripe tall grass. As they get out of the vehicle, they hear a small child’s voice calling for help. This voice identifies himself as Tobin (Will Buie Jr.), as he sounds frightened and is looking for a way out. The voice sounds close enough for Cal to step a couple feet into the tall grass, grab Tobin, and be a hero for a day. 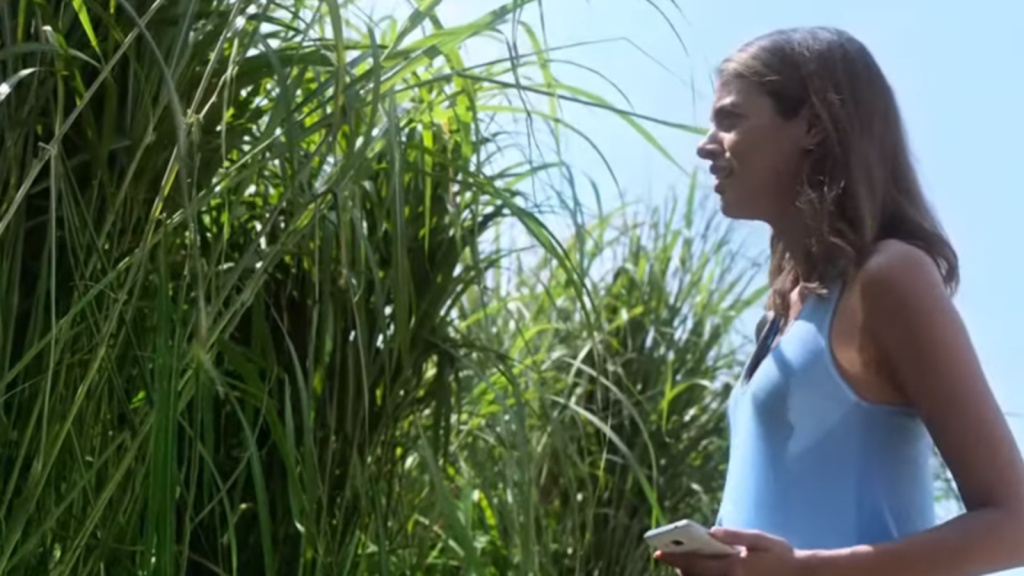 But in this King/Hill universe, nothing is as it seems. Once Cal and Becky are inside the grass maze, voices come from every direction, there doesn’t seem to be a way out, and where one person might be a foot away one second can be a football field away the next. As it turns out, Tobin isn’t the only person to be stuck in the tall grass either. Tobin’s father Ross (Patrick Wilson) shows up, who helps navigate the greenery surrounding everyone, but as time and space seem to not agree with anything, Ross seems to walk the path of a mad Jack Nicholson in ‘The Shining’. Mayhem and bedlam soon both rear their ugly head as Travis shows up and a big black stone in the center of the field gives way to some sinister exploits.

Whitted, De Oliveria, and Gilbertson all deliver some solid performances of condusion, anger, and horror, but it’s Wilson that shines above all. Whenever the pace seems to slow up, Wilson pops in with an alarming yet brilliant representation of someone who isn’t what they appear to be. Natali’s exquisite direction looks indeed like an ocean of grass that sways back and fourth through the wind. In fact, it can play out a lot like ‘JAWS‘, but on land, where some hapless victims are being terrorized by something vicious. In addition to that, Natali also gives us the beauty inside these bood-thirsty walls, which is viually striking. 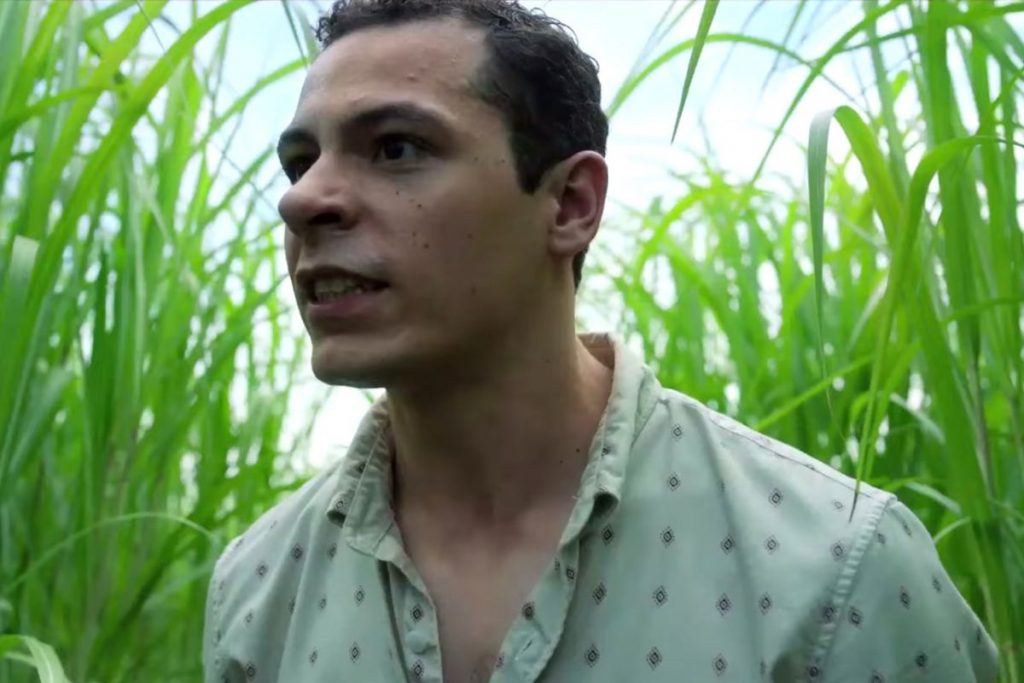 If you’ve read the novella, you’ll know it goes to a very dark place. Some might say it is one of the darkest and most evil stories King has written, but Natali doesn’t take this route necessarily. That’s not to mean that the film has its nightmarish moments of malevolent actions, but it never crosses that intense line and instead, goes the opposite direction. It’s a bold choice and I resepct it, despite wanting to see the violent horrors come alive in this production.

When all said and done, ‘In the Tall Grass‘ has a lot of things going for it, including a very capable director who conveys the allure of hell confined with in an overgrown yard, some good acting, and some truly disturbing images that will be sure to stick with you. The only thing I’ll forever wonder is how great this could have been if Natali went all the way like the novella did.