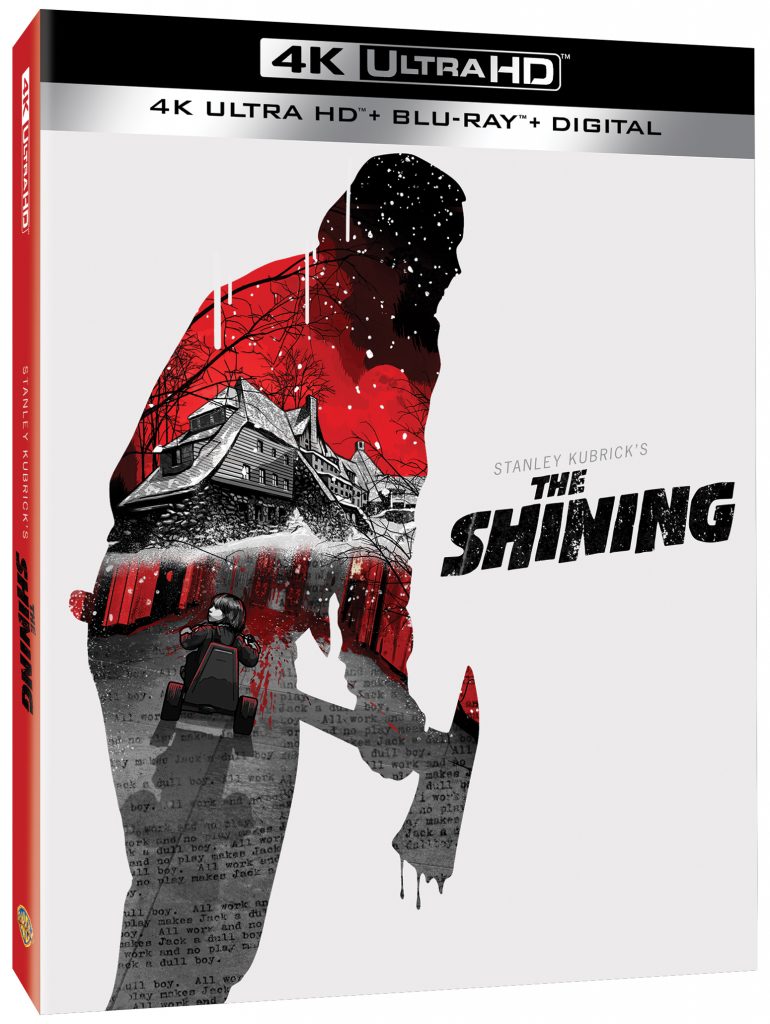 Warner Bros. Home Entertainment is bring Stanley Kubrick’s ‘The Shining‘ to 4K UHD just in time for Halloween. Specifically on October 1st, which will be a complete 4K remastering of Kubrick’s original 146 minute version, which premiered in the USA, back in 1980. The new 4K remastering was done using a new 4K scan of the original 35mm camera negative at Warner Bros, where Steven Spielberg and Leon Vitali supervised and worked on the remaster. This new version will even be screened at the 2019 Cannes Film Festival.

Jack Torrance (Jack Nicholson) becomes the winter caretaker at the isolated Overlook Hotel in Colorado, hoping to cure his writer’s block. He settles in along with his wife, Wendy (Shelley Duvall), and his son, Danny (Danny Lloyd), who is plagued by psychic premonitions. As Jack’s writing goes nowhere and Danny’s visions become more disturbing, Jack discovers the hotel’s dark secrets and begins to unravel into a homicidal maniac hell-bent on terrorizing his family.

–   This cinema verite documentary offers a rare glimpse into the directing style of Stanley Kubrick as he interacts with stars Jack Nicholson, Shelly Duvall and others