In the Shadow of the Moon – Film Review! (Fantastic Fest) 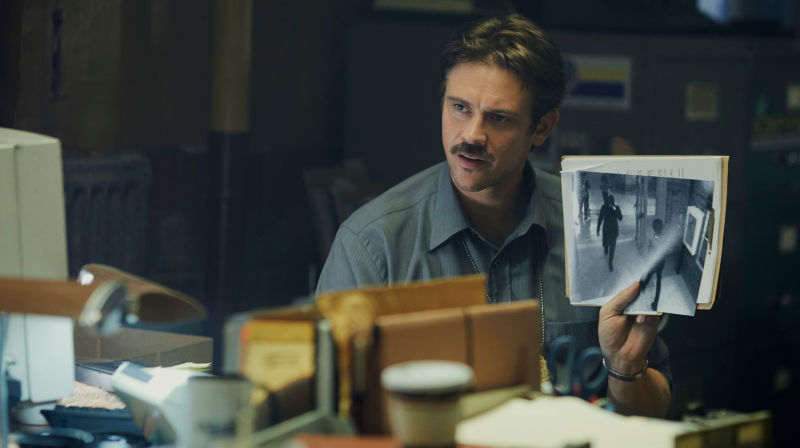 As a famous doctor once said, “We’ve gotta go back to the future.” Of course, this famous line is about time travel, which is what ‘In the Shadow of the Moon‘ hides under its life preserver in this cop noir-thriller for Netflix. Director Jim Mickle (We Are What We Are), combines a few genres that create a great backstory with sci-fi elements but has a few hiccups in its execution and reasoning.

The first scene starts in 2024 with a city block destroyed under fire and an unknown destroyed flag falling down. It’s pure pandemonium outside. The scene quickly flashes back to 1988, where we see a hooded figure inject something into a series of random people. Quickly, these poor victims die a horrible death of bleeding out of every orifice – brains and all. Police officer Thomas Lockhart (Boyd Holbrook) is first at the scene with his stern, but caring brother-in-law detective (Michael C. Hall), traveling right behind.

They discover that all of the victims have a distinct puncture wound as they pursue this hooded person, who turns out to be a young woman (Cleopatra Coleman). Face-to-face on a subway platform, Lockhart tries to arrest this young woman, but he is outmatched by her fighting skills. She then throws a wrinkle in his shirt by telling him future secrets only he would know, like the birth of his new baby and they will see each other soon. Suddenly, this woman is killed by the subway car.

Cut to the 1990s, where Lockhart has moved up in the detective world, but still can’t seem to shake that uncanny night. The hooded woman shows up again and starts to attack her victims. Rinse and repeat for a couple of decades as Lockhart and his brother-in-law grow older, trying to figure out this puzzle. It’s not until a scientist tells them of the possibility of time travel, the murders, and the lunar cycle might all have a connection. 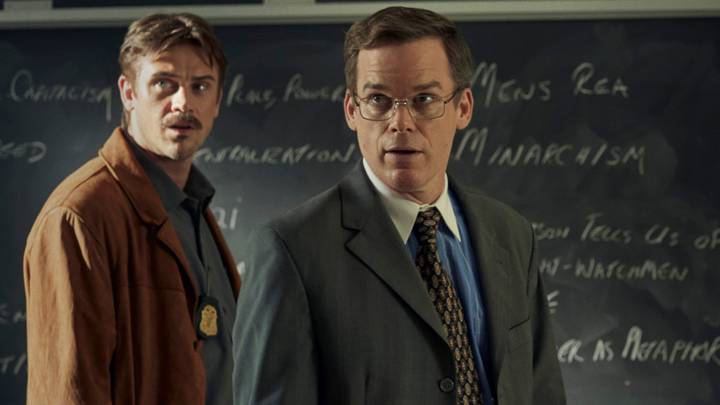 This is where the screenplay, written by Gregory Weidman and Geoffrey Tock, throws everything it’s got into the final act as the decades move by. While everyone is growing older and headed down very different paths, this one young woman stays the same age and has more tidbits of wisdom and secrets to bestow. By the time the big reveal happens, you’ve already figured it out, along with more complicated tangents that never seem to forward the story. Additionally, the time travel aspect and dialogue tends to implode on itself, where none of it makes sense. Again, it’s a great setup and story with some solid performances, but the execution and delivery missed its time jump and got stuck in limbo.

Holbrook plays the role of a man going down a dark path, losing all hope well. His body language and eyes sell his pain wonderfully. Hall has a smaller role but is none-the-less perfect in it as the abrasive, but tender brother-in-law. He also has the best lines in the film. The true spotlight is on Cleopatra though as she brings her mysterious character to life with some authentic emotion and physical prowess. I just wish the stories and science aligned perfectly as they stated throughout ‘In The Shadow of the Moon‘.