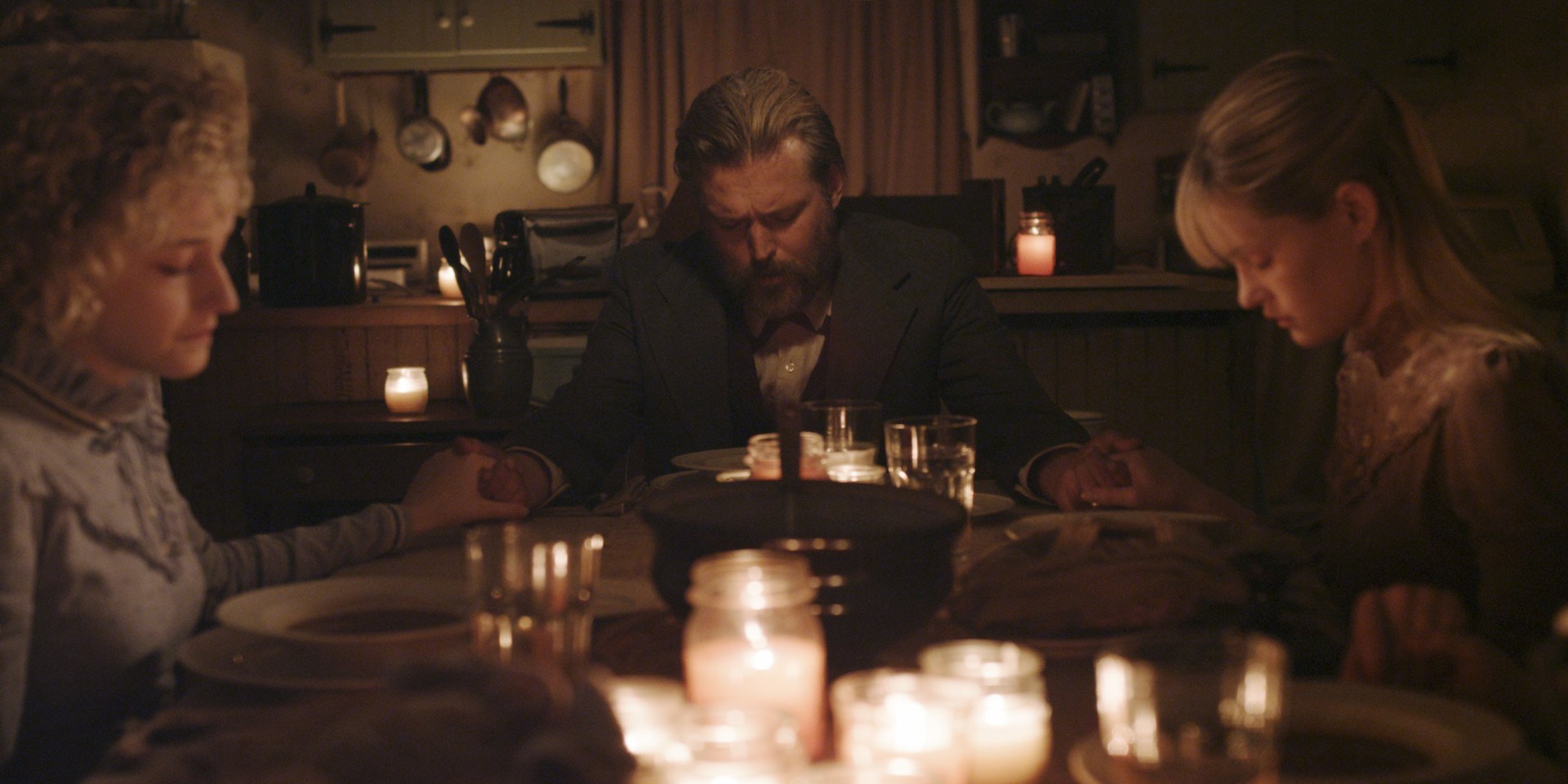 I had no idea what to expect from Jim Mickle’s ‘We Are What We Are’. I went in knowing nothing about it, other than it was a remake of a recent Spanish film of the same name. I was wholly surprised on how good this movie was and what it was about. This haunting film is ‘The Texas Chainsaw Massacre‘ for the Indie film crowd. It’s beautiful, brutal, and very well acted. Needless to say, this little horror film is a fantastic addition to he genre and has me all giddy for Mickle’s next film, whatever it might be. As this film won’t be getting the widest release it deserves, and its subject matter might not be at the top of everyone’s list, this movie should be seen and I hope it makes a decent box office dent in the indie film scene.

We follow the Parker family who live in rural upstate New York, where the mother of the family suddenly dies while shopping for groceries. Much to her family’s dismay, life must go on and the two older sisters Iris (Ambyr Childers) and Rose (Julia Garner) are expected to take over the household as their younger brother Rory (Jack Gore) is constantly hungry. Meanwhile, their father Frank (Bill Sage) is trying to maintain his emotions and keep things running normal. However, anything is but normal with the Parker family, as they have a deep dark secret that has been passed on from generation to generation over many many years, as the daughters read their family’ diary.

And we soon find out just what this horrific secret is as a family has made it known that their teenage daughter as gone missing and that the town and surround towns have had people gone missing over the years. Well it turns out that the Parker family are cannibals and have a certain ritual that adhere to that has been passed on over the years, complete with dressing like they are Puritans and having long prayers before their meals. Not too mention, their kill room below their farm house where they chain up, torture, and brutally kill their victims. But hey, that’s family tradition, right?

Their neighbor Marge (Kelly McGillis) senses something is wrong when young Rory tells her he’s hungry than bites her finger and begins sucking on the blood as she babysits him during his mom’s funeral. And the local coroner (Michael Parks) suspects something when he finds more than he can handle in their mom’s autopsy as well as some human bones that have washed up the creek from the Parker’s house. While the town sheriff is not willing to listen to the coroner, her enlists the help of a young deputy who went to school with the oldest daughter and who might have a crush on her. Unfortunately for him, he gets more than he bargained for.

As Mickle splices in flashback footage of their family from the olden times taking part in this sadistic tradition as well as showcasing each family member present day struggling with their ways, it all ends in one of the best climaxes in recent cinema history. It goes from slow building suspense to balls-to-the-wall filmmaking that will literally make your jaw drop.

Childers and Garner are amazing in their roles, as they both struggle with leaving this life, which they know is wrong, but it’s the only they do know. Their tears and expressions are truly emotional. And Sage plays it calm and collected, but can quickly turn on the rage and delivers scares like the best of them. What’s great and original about this, is that this family is a part of the community and not shut ins like so many times we’ve seen before in d ealing with this subject matter. The filming is incredible with beautiful and amazing angles and shots throughout the film, even if some of those shots will haunt you for days on end.

If you are looking for one of those horror films that is different, original, and scary, then look to this one. ‘We Are What We Are‘ is simply amazing and I cannot wait to see it again. This is amongst one of the better horror films in a long time, plus I might think twice the next time I have a bowl of chili.