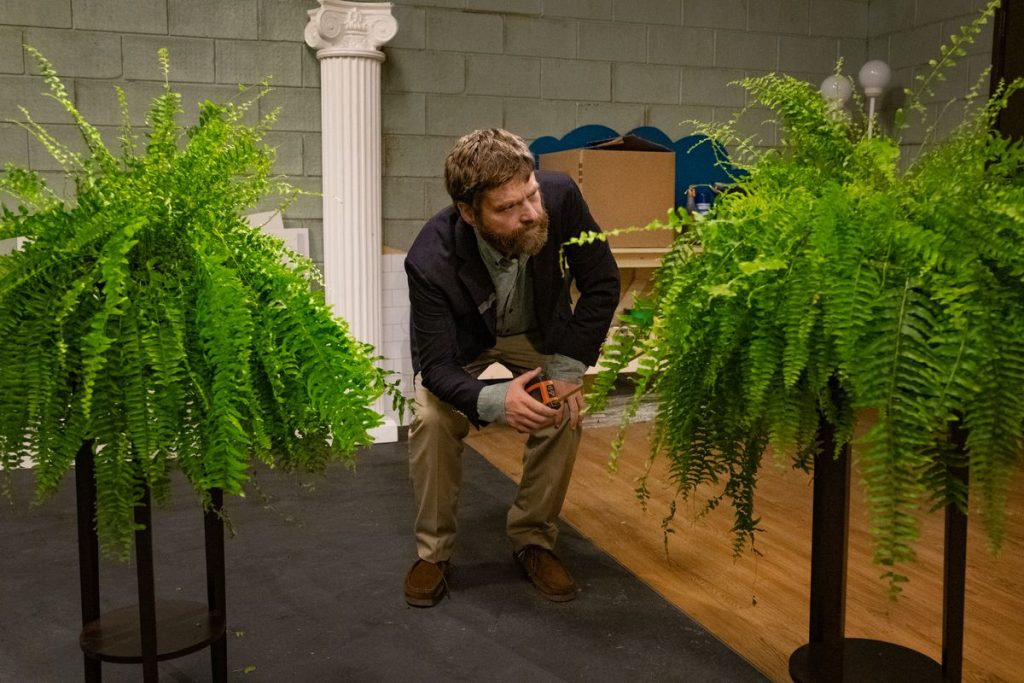 With an unwieldy yet brilliant tone, Zach Galifianakis brings his spectacular interview show “Between Two Ferns” to “the big screen” in a feature film that has some of the funniest interviews with celebrities you wish Late Night Talk Show hosts would adopt. Through some slower and sillier road trip sequences, ‘Between Two Ferns: The Movie‘ succeeds in its off-beat interviews with a variety of A-list names, which will have you laughing so hard, you’ll have to rewind to catch all of the jokes.

After a “Two Fern” interview goes terribly wrong with Matthew McConaughey and leaves the studio in ruins, Will Ferrell tells Zach he has to set out across the country and interview ten celebrities in order to get a prime time show. With his rag-tag crew team and a documentary group following along, the squad drives from place to place, getting into oddball situations with a ton of back and forth bickering. 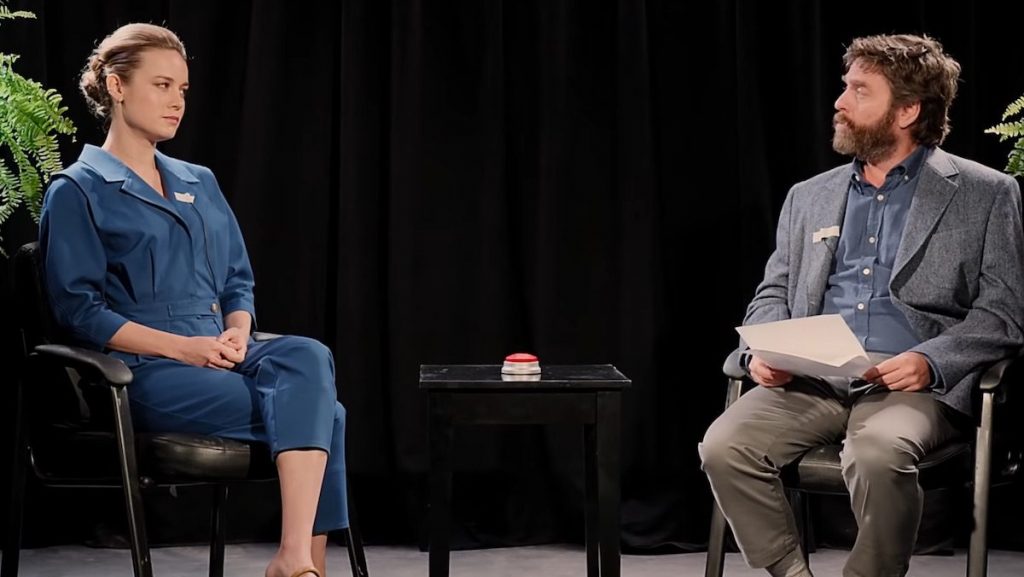 The real comedy element is in the interviews, including Brie Larson, Keanu Reeves, Jon Hamm, Benedict Cumberbatch, Peter Dinklage and more. Everyone plays a sarcastic and bizarre version of themselves, specifically Zach Galifianakis who is the king of awkwardness in this movie. It works to great effect, allowing us to laugh and squirm in our seats as Zach asks questions like, “How old were you when you got your first period?” It’s comedy gold.

‘Between Two Ferns: The Movie‘ slows down in between these interview segments, where the co-stars try and coax Zach to finish these 10 goals, talk him off a ledge in each city, and take his wild insults. While on the surface, Zach may seem abrasive and deliver abuse to his counterparts, but deep down, he shows he actually cares for his work family with little nuggets of encouragement. It doesn’t seem like he would make any of the right decisions, but in the end, he does everything for a reason and somehow it pans out. 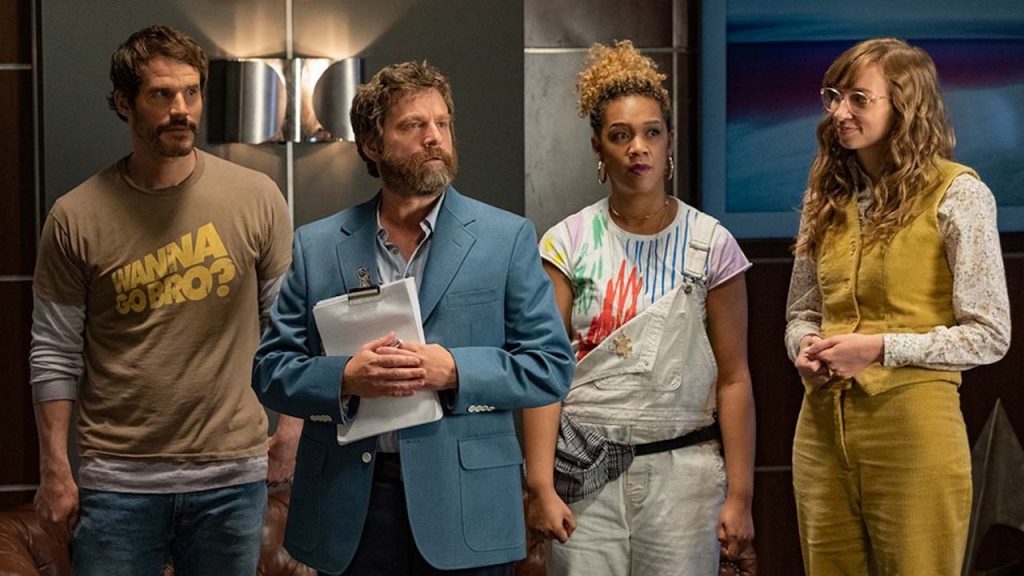 For me, I hope this movie does well with audiences because I’d love to see sequels where Zach has to interview more A-list celebrities, or maybe even get into the sports world. It would make for a wonderfully funny film franchise because he has lightning in a bottle with this format.