Blu-ray Review: ‘Behind the Mask: The Rise of Leslie Vernon’! 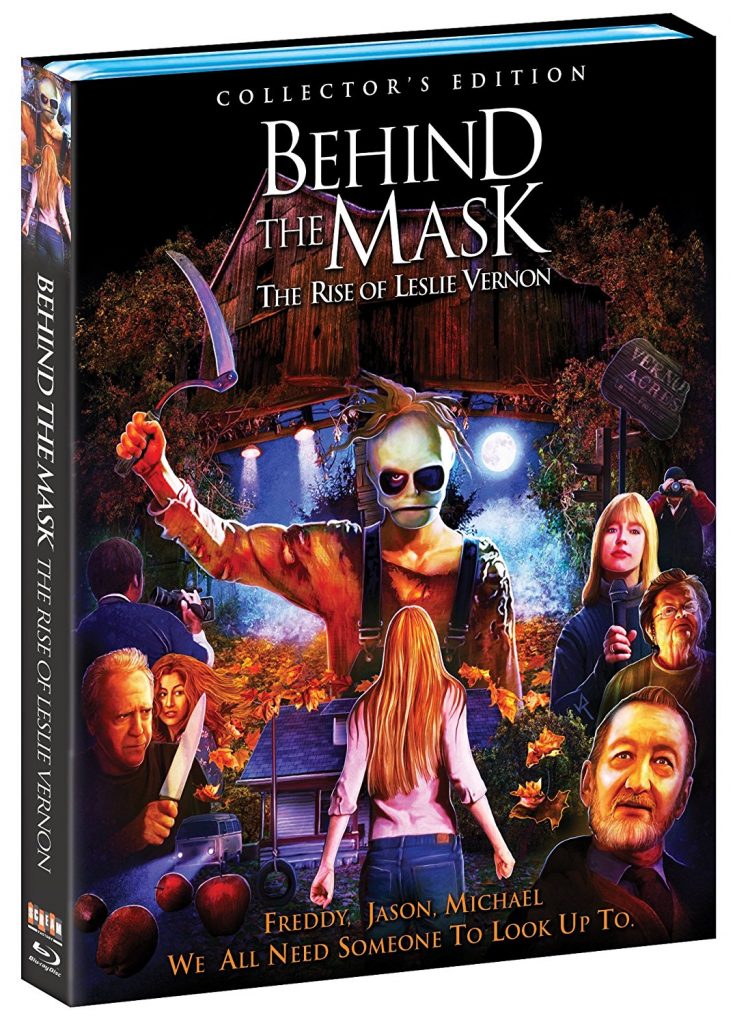 In a world where Freddy Krueger, Jason Vorhees, and Michael Myers are real, up comes a rising star in the movie monster/serial slasher realm named Leslie Vernon, who you are dying to meet. Back in 2006, filmmaker Scott Glosserman mixed a Christopher Guest mockumentary with the slasher genre in a wonderful and darkly comedic film called ‘Behind the Mask: The Rise of Leslie Vernon‘. The film was ahead of its time, had a charming and witty lead, and answered the many slasher questions that we’ve had for many years.

Such questions as, how do these movie monsters always seem to be around the corner when the victim runs away quickly or even how they pick their victims and scare them. It’s a brilliant film that has an A-List horror related cast. The film follows around a documentary crew led by the chick who played Macaulay Culkin’s sister who said, “You Know, Kevin, You’re What the French Call “Les Incompétents”, as they document a guy named Leslie Vernon, who seems like the funniest and most charming guy in the world.

In fact, he is the most charming and funniest guy around, but he moonlights as a serial slasher that can stand in the same room as Krueger, Vorhees, and Myers. This documentary crew interviews Vernon about his life, how he stalks and picks his victims, and even gives us a glimpse of his home life, which is a lot like a ‘Leave it to Beaver’ type of setting, where his parents are very supportive of their son’s career.

In addition to these darkly funny scenes, we also get to see Vernon actually kill his victims and use some of the more supernatural elements that we see in most of the these slasher films. It’s a fast paced and thrilling ride with a some major twists and turns throughout. One thing is for sure, after viewing this, you’ll be a fan for life of Leslie Vernon. 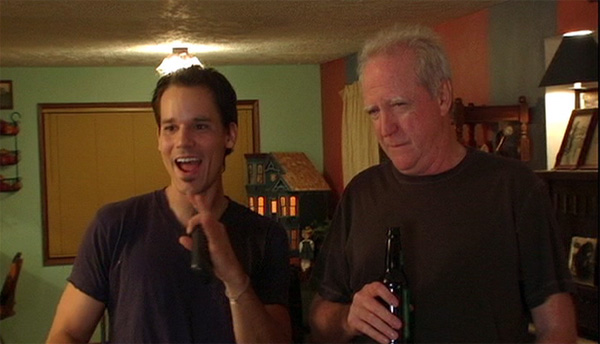 The Video: ‘Behind the Mask: The Rise of Leslie Vernon‘ comes with a new 1080p HD transfer and is presented in 1.85:1 aspect ratio. This film is shot like a cheap documentary with handheld home video cameras, so detail and color will never be that great, but it’s all part of the style. That all being said, this new transfer looks quite good and is an improvement over the previous release for sure.

You won’t be able to see individual hairs or distinct facial pores, but things do look more vivid overall here. Colors never really pop, even with blood spurting out in several scenes, however these colors look a bit more realistic in this new transfer. Black levels are deep and inky and the skin tones are natural and smooth.

The Audio: This release comes with a DTS-HD MA 5.1 mix and does its job for the type of stylistic film it is. Being made like a very low-budget documentary, there aren’t a lot of big surround sound moments or any big low end with bass. When people are screaming, you can actually hear some of the tin can sound of high shrills, but it’s all part of the style and artistic choices of the filmmakers.

There are some ambient noises in the woods or when Vernon is stalking his prey, where the rear speakers will pop with a fun noise here and there, but that’s about it. Dialogue is always clear and easy to follow along with and free of most issues. 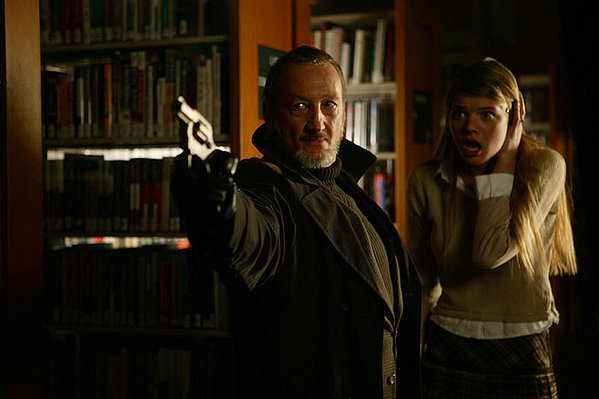 Audio Commentary #2 – The other commentary track comes from the director, which is moderated by two other horror filmmakers who dive into how he came up with the story for the film, the shoot, his love of horror, casting the parts, and how well the film has held up. Another great listen.

Behind the Mask: Joys and Curses (HD, 29 Mins.) – This is a very cool and in depth look at the making of the film with new interviews with the cast and crew as they talk about the origins of the story, the screenplay, casting, the passion and love of horror, along with some funny cameo bits.

Before the Mask: The Comic Book (HD, 7 Mins.) – Comic book writer and artist Nathan Thomas Milliner talks about the film and his comic book of the movie, which was a prequel to the film.

Making of Behind The Mask (SD, 32 Mins.) – This is a vintage and shoddy looking behind the scenes featurette of the film.

Casting Behind The Mask (HD, 6 Mins.) – These are the audition tapes for the characters in the film.

Deleted Scenes (HD, 30 Mins.) – Nearly half an hour of deleted scenes are here, some of which are extended scenes with optional commentary. There isn’t a ton of great stuff here, but it’s worth looking at for sure.

‘Behind the Mask: The Rise of Leslie Vernon‘ is a smart, witty, and super fun horror slasher film, made in the style of a funny Christopher Guest mockumentary. There is so much fun to be had with this film as it has great comedic pieces, awesome horror cameos, gore, and a new and wonderful villain that can share the same space with your horror movie favorites. The video and audio presentations are as good as they can be right now for being filmed like a low-budget documentary, an d the new extras, as well as the old ones are worth your time. This is one of the good ones, so this comes Highly Recommended!