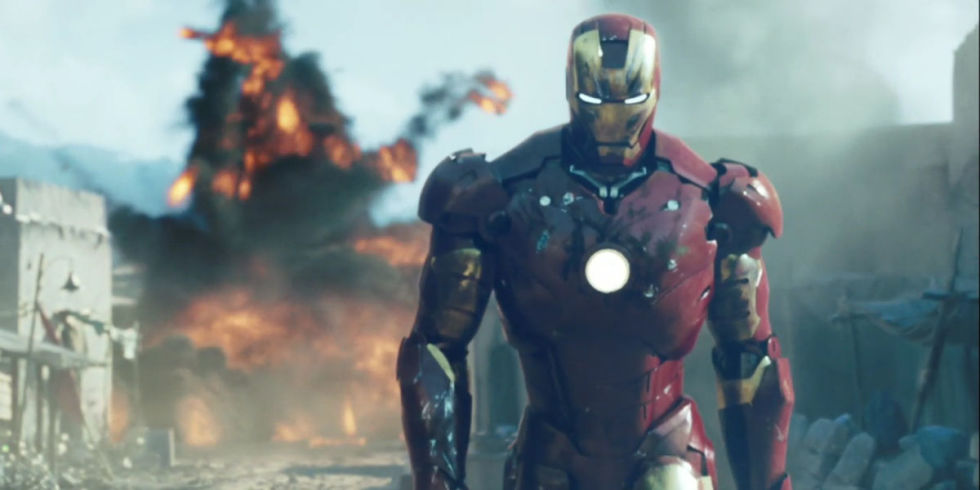 Welcome to Marvel for Dummies the 18 part recap series where I (Dan Moran) will act as your personal J.A.R.V.I.S. and give you a broad overview of every Marvel Studios release leading up to Avengers: Infinity War.

Billionaire, playboy, philanthropist, arms dealer, Tony Stark owns Stark Industries and sells weapons to the military and quite honestly, the highest bidder. On a demonstration trip in Afghanistan his convoy and ambushed and he is captured. Tony suffers an injury where shrapnel has entered his chest and could pierce his heart so he creates an “arc reactor” (magnet, battery) to keep him from dying.

He uses this reactor to power a suit and escape from Afghanistan. Back in the US he learns that his weapons are being sold under the table to anyone or any side and becomes conflicted. His 2nd in command, Obadiah Stone is behind the illegal sales. Tony creates the Iron Man suit and sets off around the World defending people from the weapons he profited on and created. Eventually, his suit technology is mirrored by Obadiah and they fight. Tony wins and announces to the World that he is IRON MAN.

Why it matters: This introduced us to Robert Downey Jr. 3.0. He completely reinvigorated his career by essentially playing himself as a wise-cracking billionaire superhero. It also showed the Marvel Studios could create a solid World to let their characters play in. The film also ushered in the post credits boom by having Samuel L. Jackson ask Tony about The Avenger initiative.