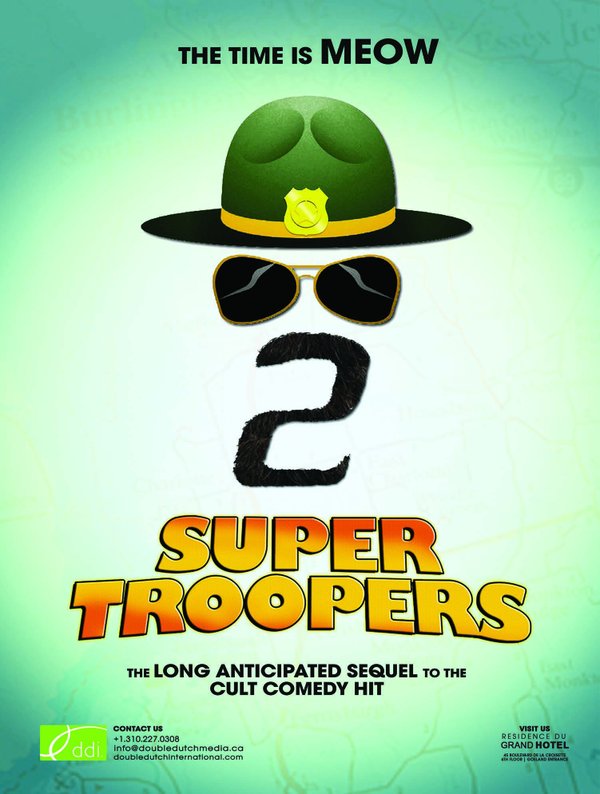 If you’re like me and have been waiting 17 freaking years for the sequel of ‘Super Troopers‘, one of the most irreverent, hilarious, cop movies of all time, the wait is almost over, my friends. No green band trailer for you guys, I’m giving it to you dirty, just like you’ll get in the theater on April 20, 2018. 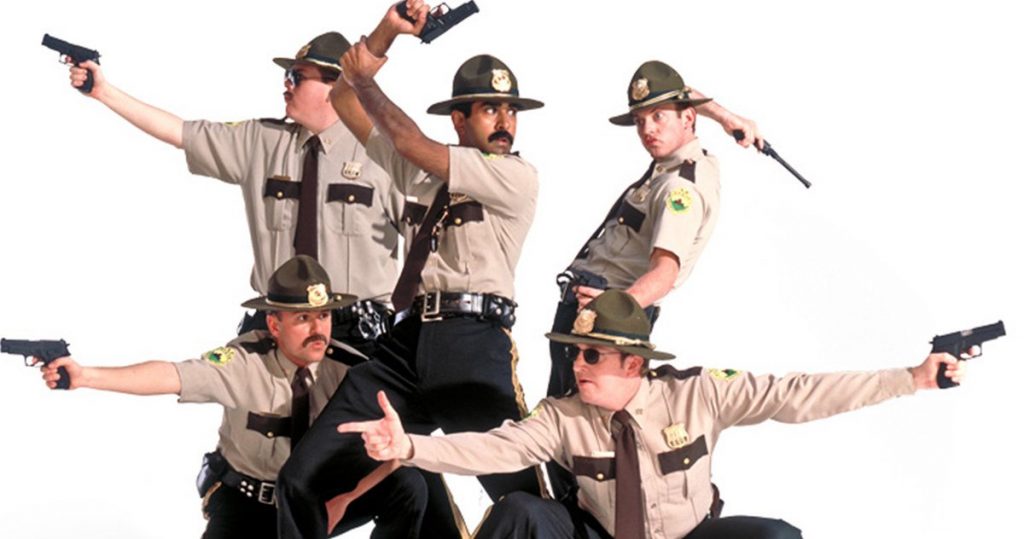 When a border dispute arises between the U.S. and Canada, the Super Troopers are tasked with establishing a Highway Patrol station in the disputed area. Oh my Lord, if this doesn’t leave the door open to all kinds of filth, hilarity, and shenanigans, I don’t know what else could give this group of Troopers such carte blanche, but this story line does it.

We’re in for a treat with the original cast returning to not only bend the rules, but outright break them all in the name of fun and, of course, serving their fellow man. The film comes from the mind of Jay Chandrasekhar. This is the same guy that wrote and directed ‘Super Troopers‘ back in 2001. His directing credits are plentiful and you should recognize some of the films and TV series he has under his belt, ‘The Dukes of Hazzard‘ film, ‘Beerfest‘, and TV series ‘Chuck‘, ‘Community‘, ‘New Girl‘, and ‘The Goldbergs‘ have all had Chandrasekhar helming a handful of episodes.

The crew is back for the sequel and of course, that means, Erik Stolhanske (‘Club Dread‘), Jay Chandrasekhar (‘Speechless‘), Steve Lemme (‘Beerfest‘), Kevin Heffernan (‘The Dukes of Hazzard‘), Paul Soter (‘Beerfest‘), and Brian Cox (‘Troy‘. This even goes without mentioning we will see Rob Lowe (‘Parks and Recreation‘), Lynda Carter (‘Wonder Woman‘), and Jim Gaffigan (‘The Jim Gaffigan Show‘).