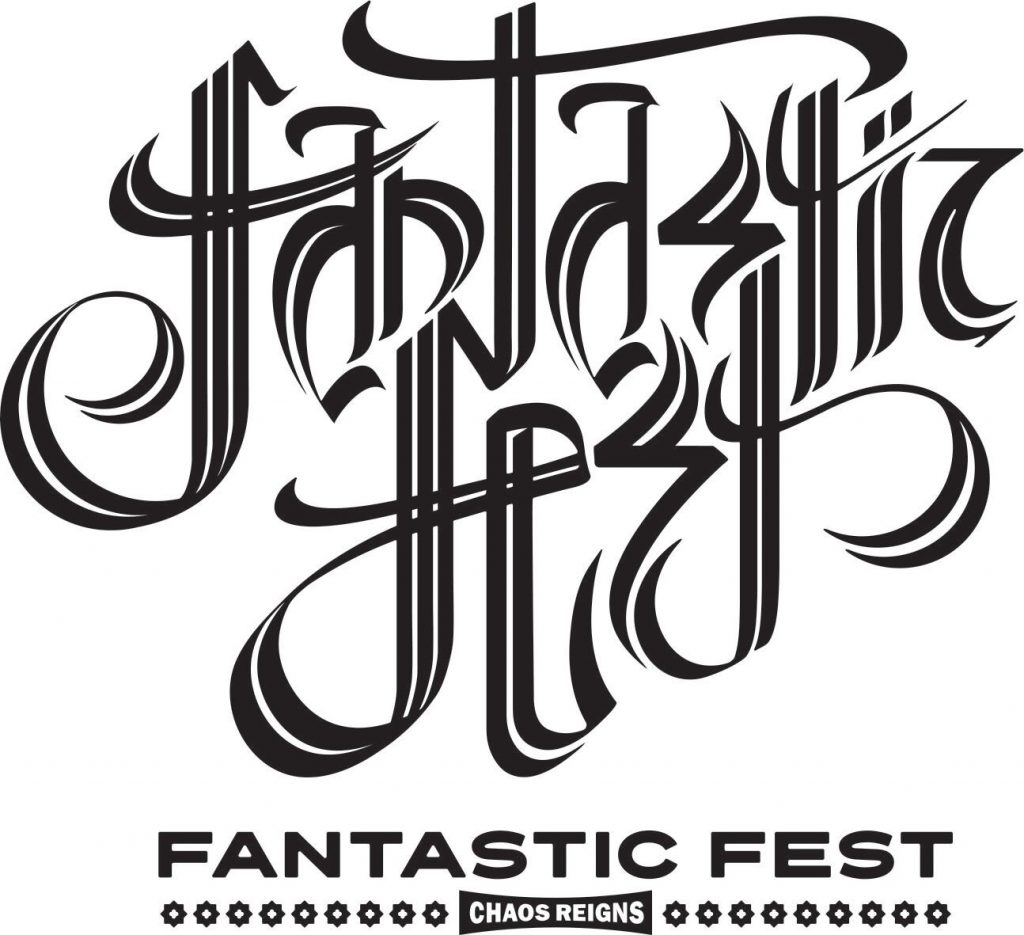 It’s the most wonderful time of the year. No, it’s not Christmas, but rather movie-lover Christmas, because the best film festival of all time – FANTASTIC FEST is up on us. We have the first wave of programming to get you all excited and up in arms about attending this year. If you love films more than life itself, then FANTASTIC FEST is the festival for you. It has everything you could possible want, including horror, sci-fi, action, foreign, documentary, and even adult movies. I’m looking at you X-Rated Supermarket. This year is looks incredible with some excellent films on the block right now. Below is the official press release.

Official Release: Fantastic Fest, Alamo Drafthouse’s annual descent into chaos and carnage, returns for its thirteenth year, screaming “Yalla!” at full throttle. Loosely translated as “Let’s go,” this year’s rally cry is informed by the Arabic theme that will permeate the festival as it once again delves deep into the corners of the world’s best cinema.

“I’m proud to say that this is truly lucky thirteen for us,” said Tim League, festival founder and Alamo Drafthouse CEO. “We have another ferocious slate celebrating new and returning filmmakers from all over the world. It’s again an honor and privilege to welcome them and their brilliant, brave work.”

Kicking off proceedings with this year’s opening night film is Martin McDonagh in attendance to present the US premiere of his beautifully comic and delightfully dark tale of loss and redemption, THREE BILLBOARDS OUTSIDE EBBING, MISSOURI. S. Craig Zahler makes his triumphant return with the US premiere of 2018’s most hyper-violent slice of brute force, BRAWL IN CELL BLOCK 99. Not to be outmuscled, Zahler’s bringing backup in the form of the thunderous trifecta of Vince Vaughn, Don Johnson and Udo Kier. And Barry Keoghan marks his first Fantastic Fest, sharing Yorgos Lanthimos’ savage horror epic THE KILLING OF A SACRED DEER for the first time in the US.

Embracing cinema spanning from Egypt to Lebanon to Iraq to Afghanistan, the festival turns an eye to celebrate the best of the region. Highlights include Egypt’s rarely seen Rocky Horror Picture Show adaptation ANYAB and the International Premiere of the box office smash AL ASLEYEEN (aka THE ORIGINALS) directed by Marwan Hamed. “It’s truly a joy to be able to showcase a variety of Arabic genre films never before seen in the US to shatter preconceptions.” said Fantastic Fest Creative Director Evrim Ersoy. “Cinema from this region is as exciting, inventive and as wild as anything we’ve ever seen and we’re here to prove it. It’s going to be a wild ride! Yalla, Habibi!”

Fantastic Fest’s global reach isn’t relegated exclusively to Arabic nations, as it has once again scoured the corners of the globe to bring the best cinema to Austin, TX. Sweden is well represented with Ruben Ostlund’s brilliantly sardonic THE SQUARE; Japan’s master of malevolence, Takashi Miike, hits a bloody century with his 100th feature, BLADE OF THE IMMORTAL; Scotland flies its flesh-eating flag with John McPhail’s zombie musical, ANNA AND THE APOCALYPSE; and Austrian Oscar winner Stefan Ruzowitsky delivers a brutal and relentless ride with COLD HELL.

Maine’s finest son, Stephen King, is gorgeously represented with two standouts from Netflix’s burgeoning genre slate. GERALD’S GAME receives its US premiere along with the welcome return of Fantastic Fest alumni Mike Flanagan, who delivers a chilling adaptation of one of King’s most beloved bedside tales starring Carla Gugino and Bruce Greenwood. And Fantastic Fest first-timer Zak Hilditch will be in attendance to share his perfectly precise vision of King’s uber-creepy novella, 1922, for its world premiere.

Sticking with the theme of world premieres, this year’s program features a selective set of titles from first-time feature filmmakers whose wildly impressive debuts belie the depth of their filmographies. Spanish short master Yayo Herrero excels with his fantasy horror, MAUS; Bradley Buecker explores wasted youth and packs a visceral punch from the wrong side of the tracks with JUVENILE; and Lukas Feigelfeld shocks with his atmospheric exploration of a medieval hell in HAGAZUSSA – A HEATHEN’S CURSE.

For those unable to make the pilgrimage to Austin this September, there’s still reason to rejoice as we’ll be realizing a long-brewing strategy of bringing Fantastic Fest and its finely curated programming to three Alamo Drafthouse flagship theaters over the weekend of September 29th. Fans of the best in genre films in San Francisco, Brooklyn and Denver will all feature an exclusive slate of Fantastic Fest titles. Tickets and badges are scheduled to go on sale in the coming weeks. For more information go to fantasticfest.com 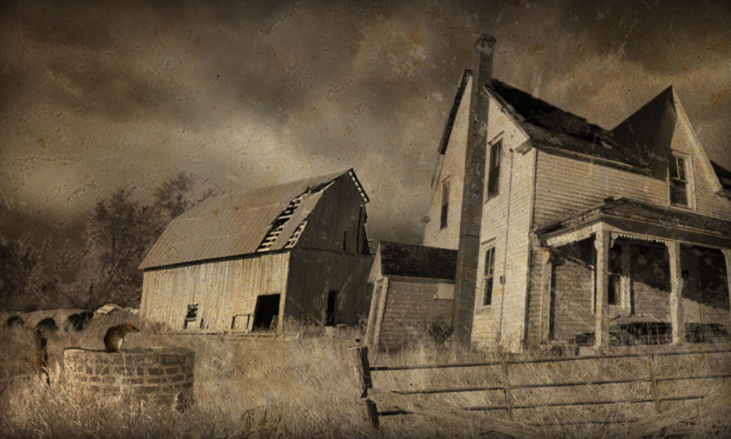 1922 is based on Stephen King’s 131-page story telling of a man’s confession of his wife’s murder. The tale is told from from the perspective of Wilfred James, the story’s unreliable narrator who admits to killing his wife, Arlette, in Nebraska. But after he buries her body, he finds himself terrorized by rats and, as his life begins to unravel, he becomes convinced his wife is haunting him. 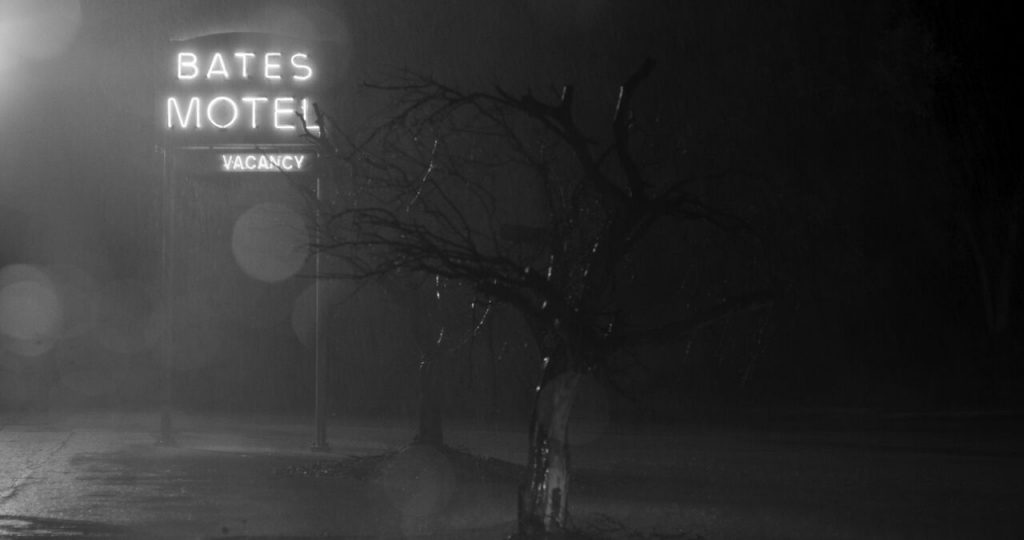 This masterful documentary focuses on a single aspect of Hitchcock’s PSYCHO to demonstrate the master’s technical ability in storytelling. With expert interviews and rollicking analysis, 78/52 sets a new bar in how to examine film overall. 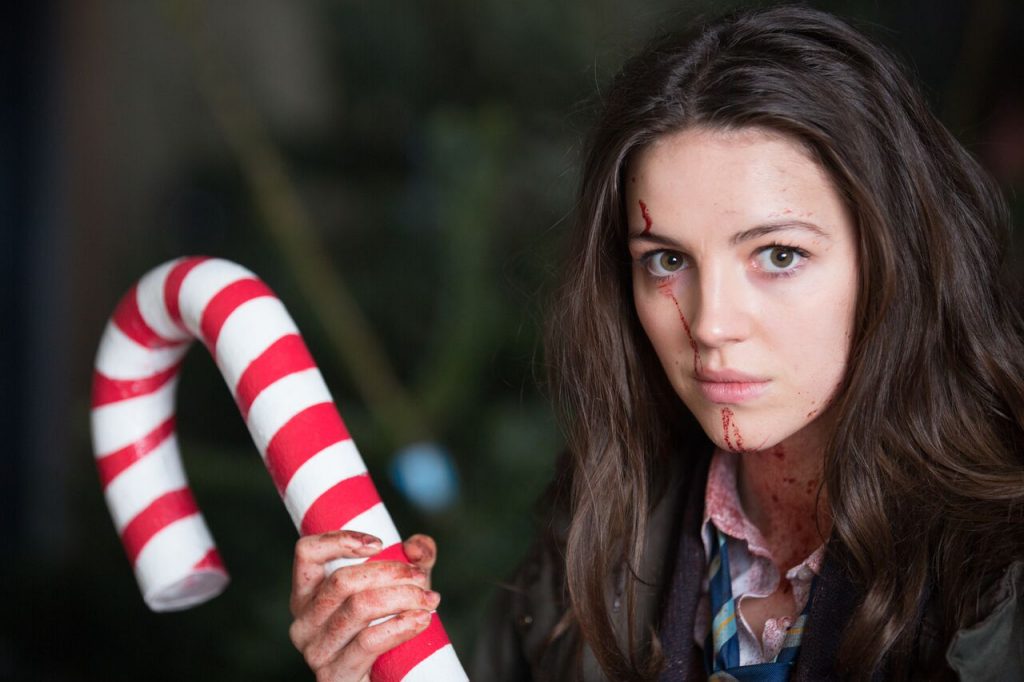 ANNA AND THE APOCALYPSE

Anna’s life is dominated by the typical concerns of her youthful peers until the Christmas season in her small town brings not Santa, but an outbreak of the undead in this genre-mashing holiday horror musical. Yep. Musical.

ANYAB (FANGS) is an oddity worth rediscovering! An Egyptian take on THE ROCKY HORROR PICTURE SHOW, this eye-popping musical of madness manages to cram horror, science fiction and even social commentary together while charming with its outrageous costumes and action. 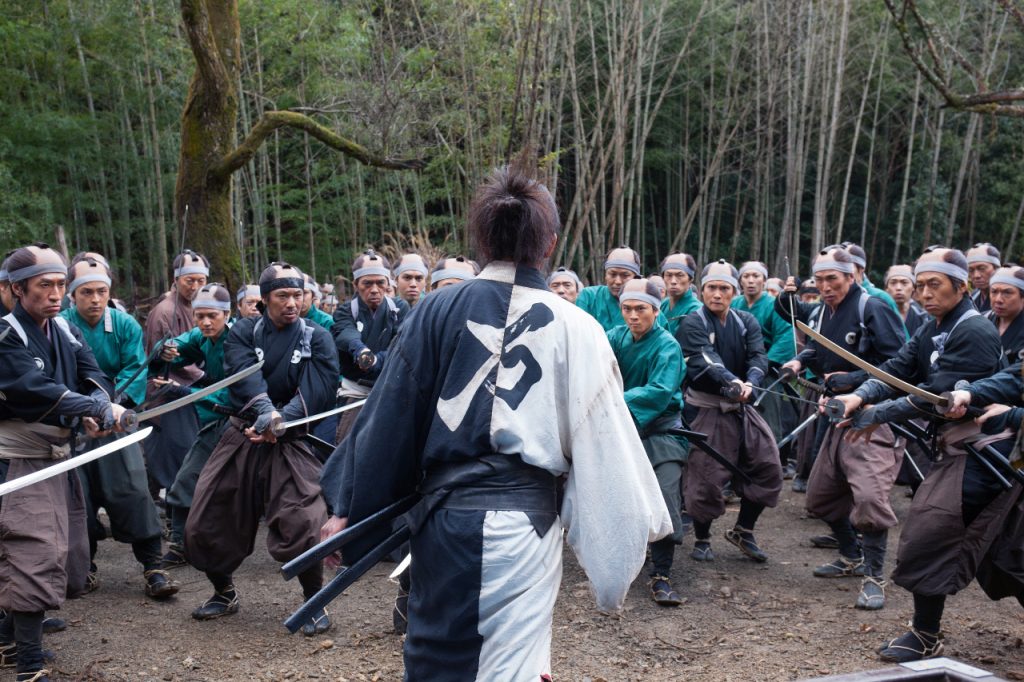 BLADE OF THE IMMORTAL

Takashi Miike’s 100th journey is an adaptation of the BLADE OF THE IMMORTAL manga. Manji, a samurai who cannot die, crosses paths with Rin Asano, a young girl whose parents were killed. Manji swears to help Rin Asano avenge her parents’ deaths. 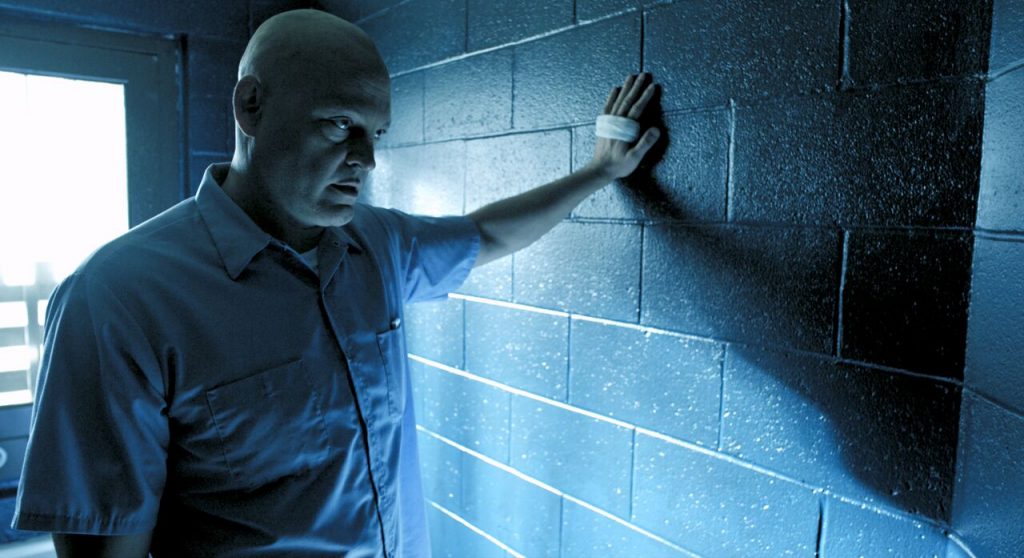 S. Craig Zahler (BONE TOMAHAWK) returns with his sophomore feature, BRAWL IN CELL BLOCK 99. An exhilarating exercise in analog violence, CELL BLOCK follows the brutal exploits of a former boxer who finds himself incarcerated after a drug deal goes wrong. Trapped in a maximum security facility, he must fight to stay alive and to protect those he loves.

A young Turkish woman living in Vienna feels increasingly lonely after she witnesses a murder and finds herself next on the killer’s agenda in this smart and gritty thriller from the director of ANATOMY and the Oscar-winning THE COUNTERFEITERS. 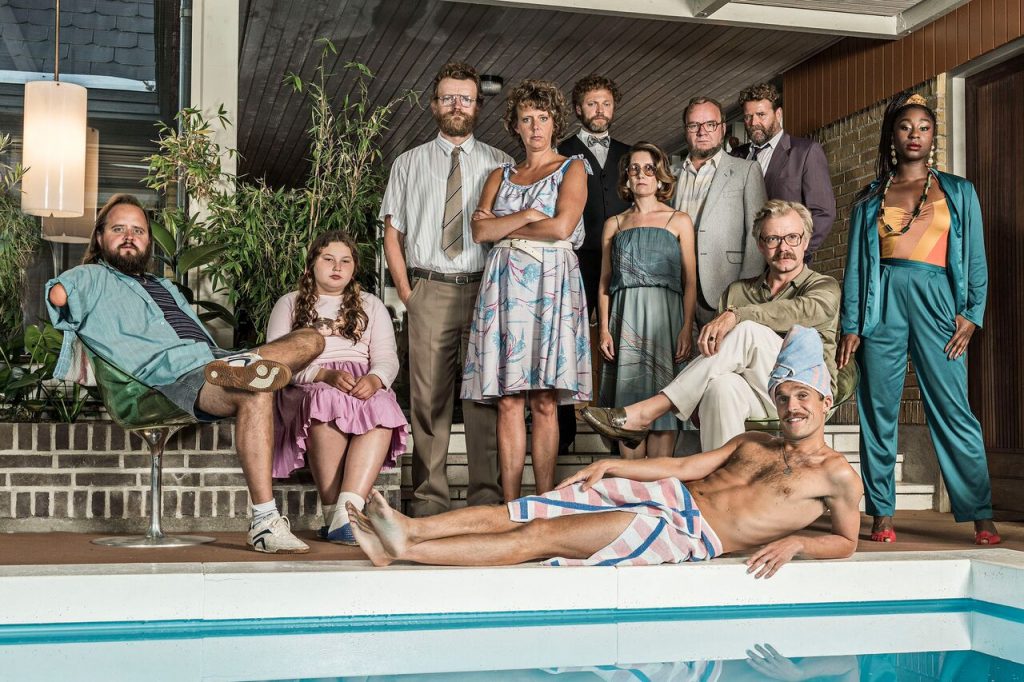 KLOWN duo Casper Christensen and Frank Hvam reunite for a true-life tale of epic failure. Witness the non-arrival of the Danish electric car!

When brothers Justin and Aaron return to the cult that they escaped from ten years ago, they encounter a web of secrets and mysteries that threatens to tear them apart. 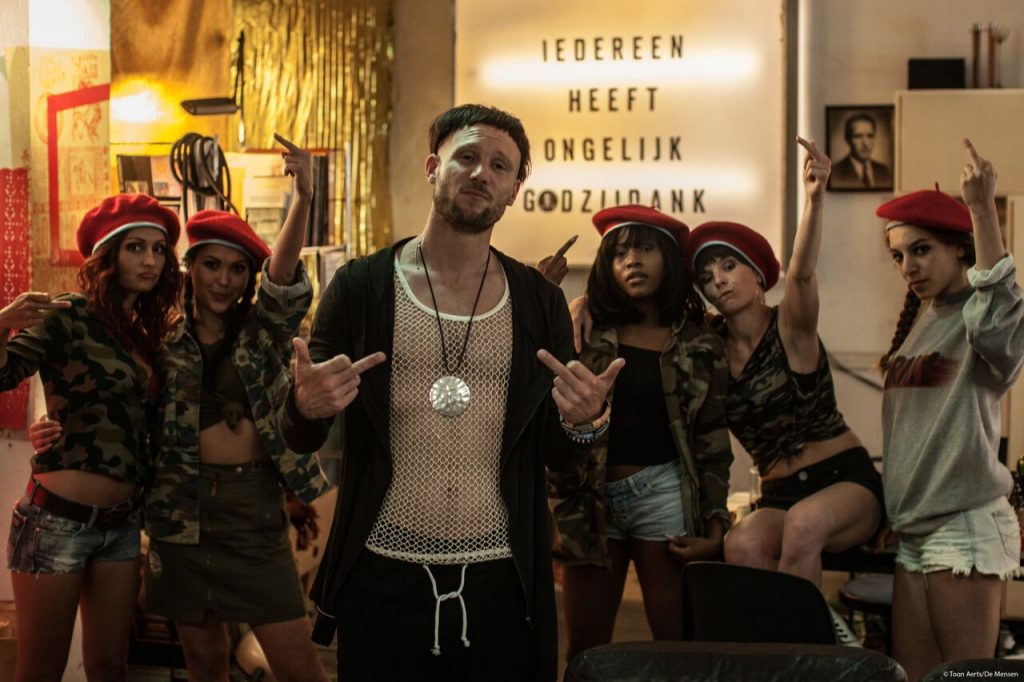 GENERATION B (GENERATIE B)

The generation gap has never been wider than it is in Pieter Van Hees’ deliriously absurd satire, pitting old generation money against Millennial apathy — and the occasional naked anarchist — following Belgium’s economic collapse.

Flanagan unites with master of the macabre Stephen King for his cinematic interpretation of King’s beloved GERALD’S GAME. Starring Carla Gugino and Bruce Greenwood, GERALD’S GAME delivers pitch-perfect performances in a faithful adaptation where the horrors of the mind are much worse than what’s in front of you.

Set in the 15th Century in the Austrian Alps, Lukas Feigelfeld’s HAGAZUSSA takes us back to a dark period in which even the remotest parts of Europe suffered from the paranoia and superstition of the time.

Cambodia’s traditional martial art of bokator is unleashed in all its bone crunching fury in this action-packed tale of police trapped in the midst of a raging prison riot. 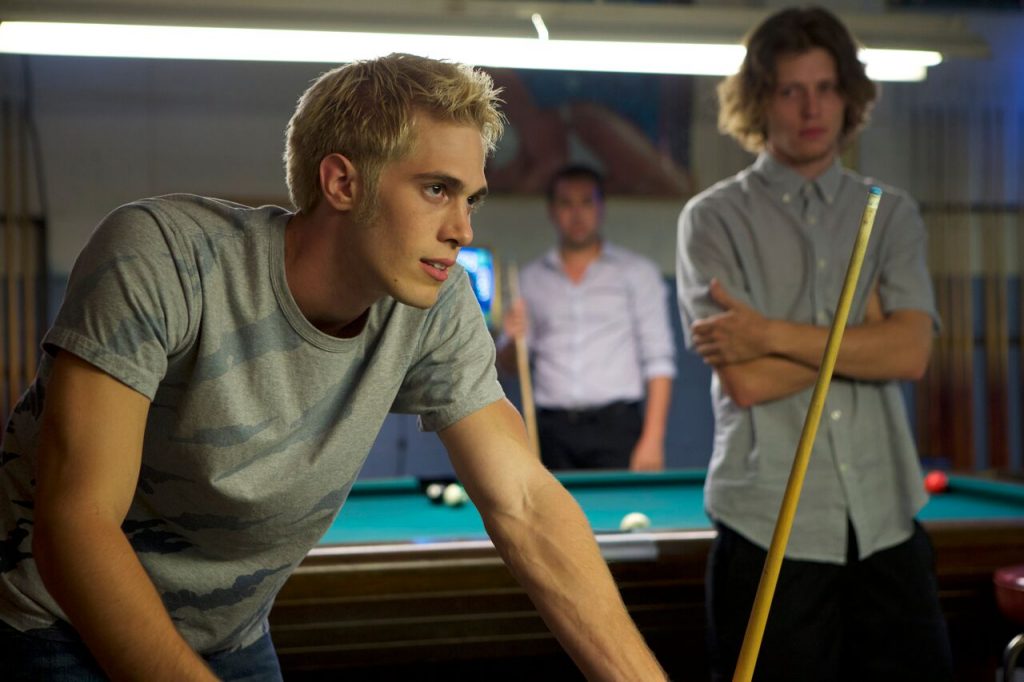 The emotionally powerful story of Billy, an angry youth who spends his evenings stealing cars with best friend Mikey while attempting to cultivate a stable relationship with his girlfriend Jules. 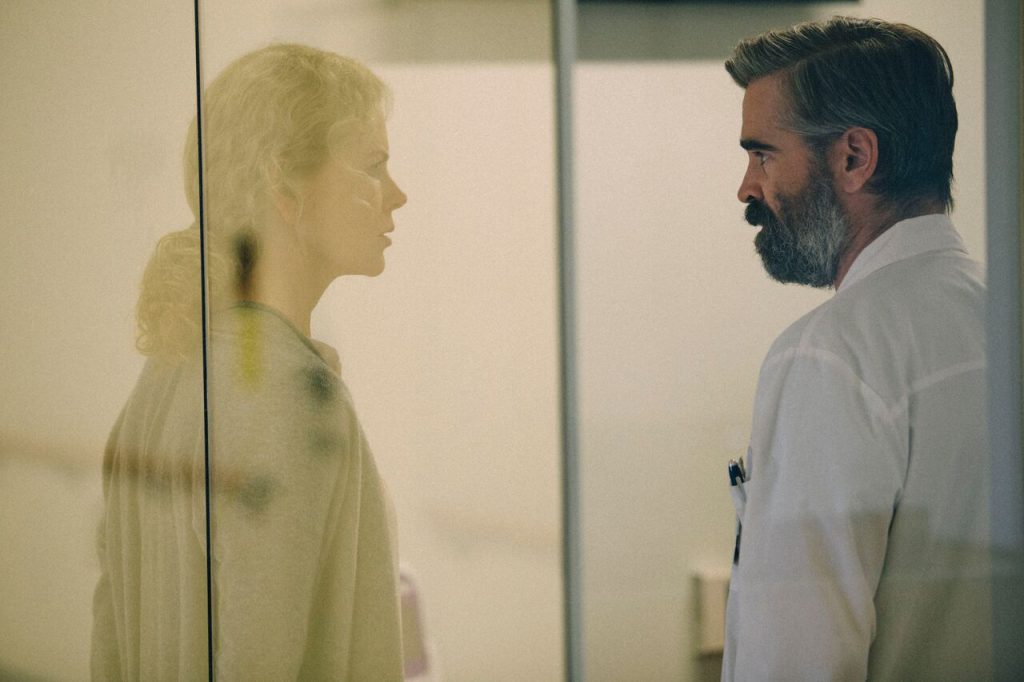 THE KILLING OF A SACRED DEER

The life of a brilliant surgeon is thrown into disarray when his friendship with a bizarre teenager threatens the lives of his entire family. Faced with a frightening choice, the man will be forced to assess all that he’s ever done. 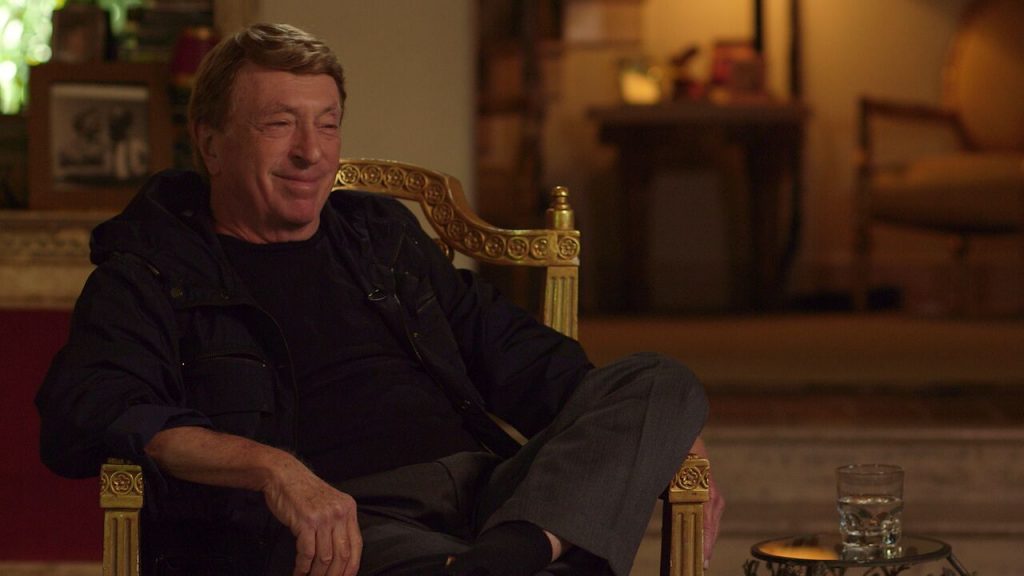 Featuring interviews from some of the biggest names in genre cinema including Joe Dante, Robert Forster and Fred Williamson, this documentary tells the story of one of the best and hardest working exploitation filmmakers. 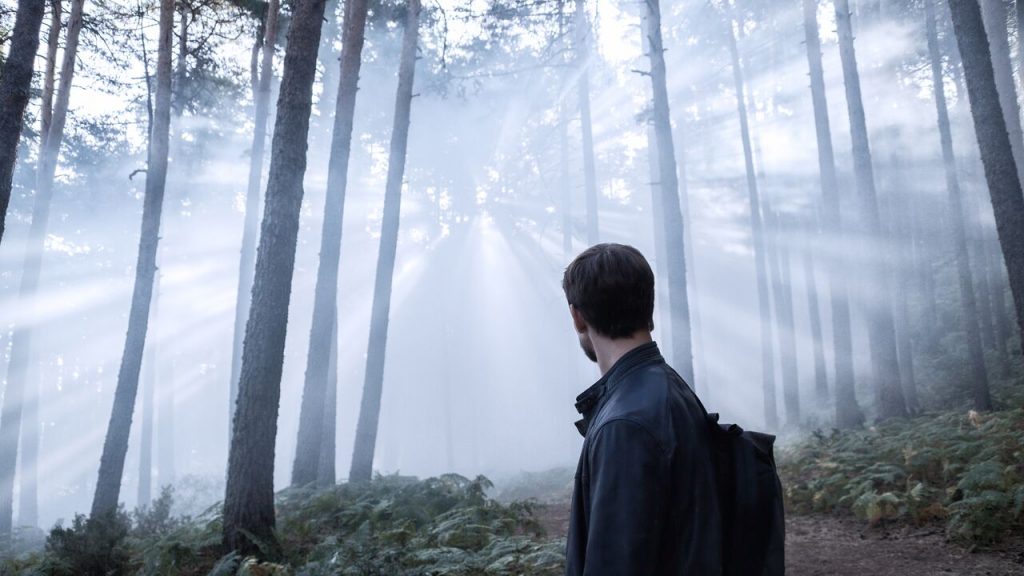 Yayo Herrero’s directorial debut is a couple’s nightmare journey into the heart of darkness. A superlative horror parable, this shocking film is an indictment of modern history, war and the difficulties of reconciliation. It is a story for our times.

This is the story of Jeffrey Dahmer, a high school loner whose life would shape up to be something far more frightening than anyone could have imagined. 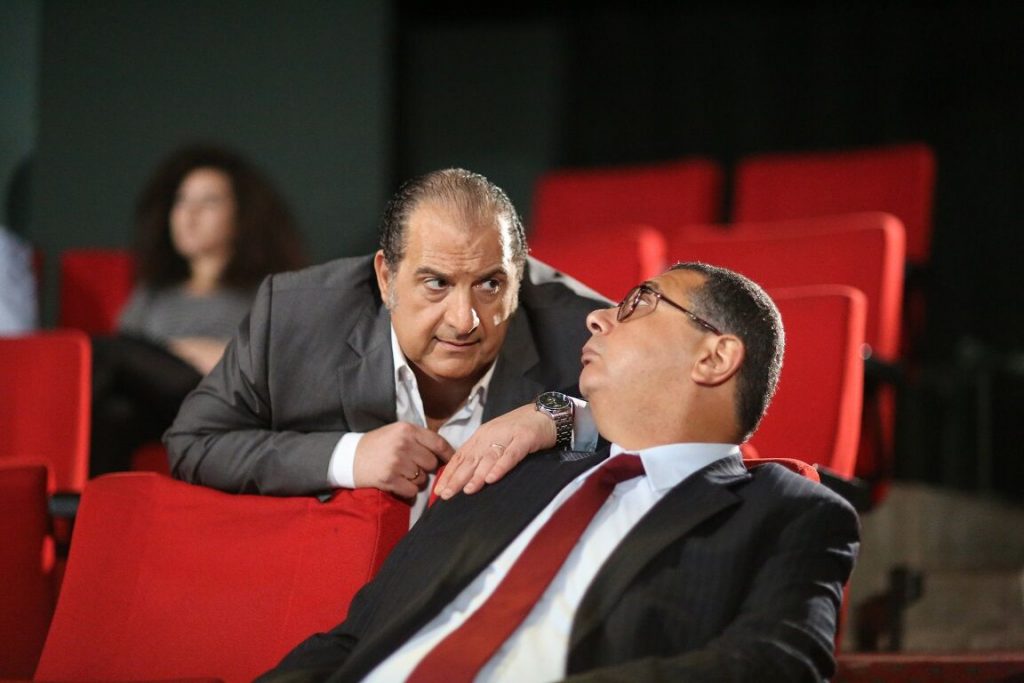 Samir works for a bank, provides for his ever-demanding family and dreams of being in an Egyptian talent show. When he’s unexpectedly fired, Samir finds himself recruited to be part of a secret society and finds a darker side to life in Egypt.

The latest from the comedic team behind the NEW KIDS films and BROs BEFORE HOs. Ron Goossens is totally shitfaced. Only by working as a movie stuntman and bedding the hottest actress in the Netherlands can Ron save his marriage. 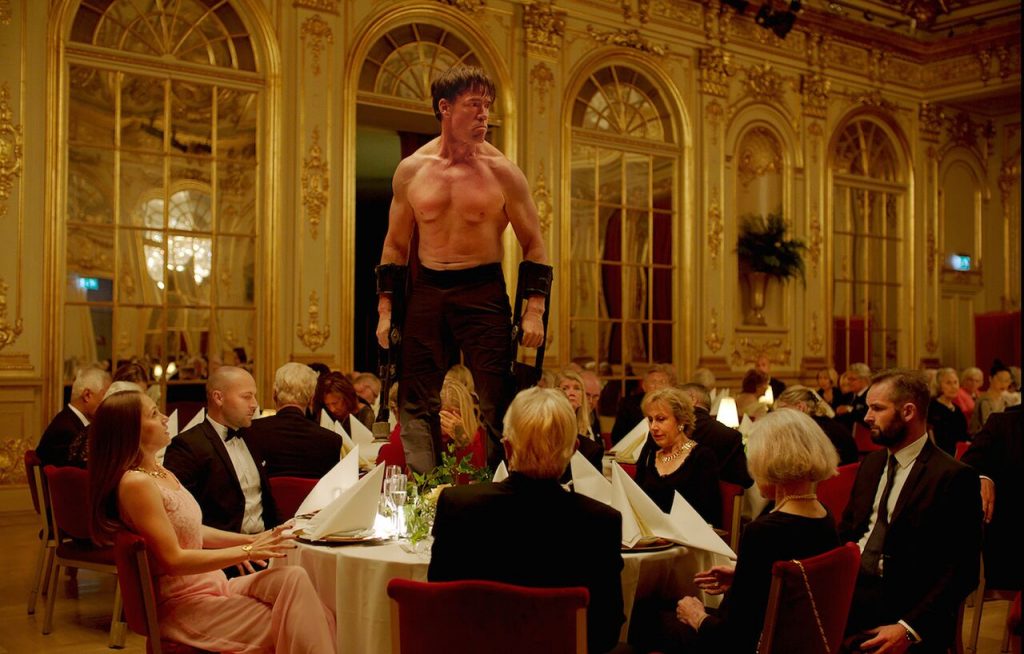 An art museum director’s life becomes a comedy of errors when trying to put together his latest exhibit in FORCE MAJEURE director Ruben Ostlund’s latest, which won the Palme D’Or at this year’s Cannes.

A split-second act of violence forever changes the lives of two ‘90s kids. Now they must cope with both the fallout of that moment and the pressures of high school in this clever and bloody coming-of-age thriller.

A grieving mother takes drastic measures in an attempt to catch her daughter’s killer. Challenging the police to solve the case, she posts a series of billboards that threaten the fabric of rural, Missouri.

Failing to crack the ranks as a would-be cop, Maggie begrudgingly settles for a security guard job until she encounters Tiger, a fierce young woman whose rebellious antics leave Maggie questioning which side of the law she truly belongs on. 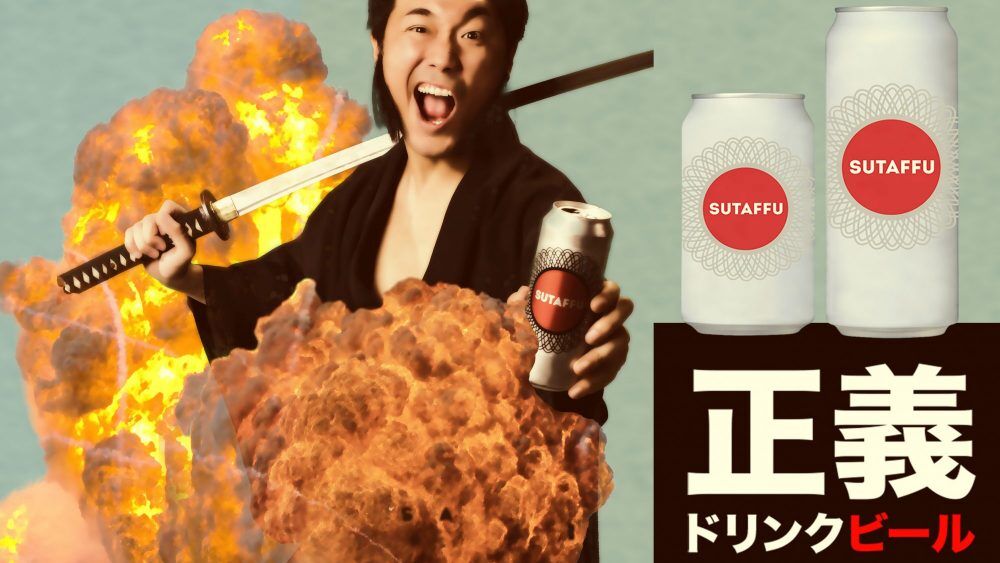