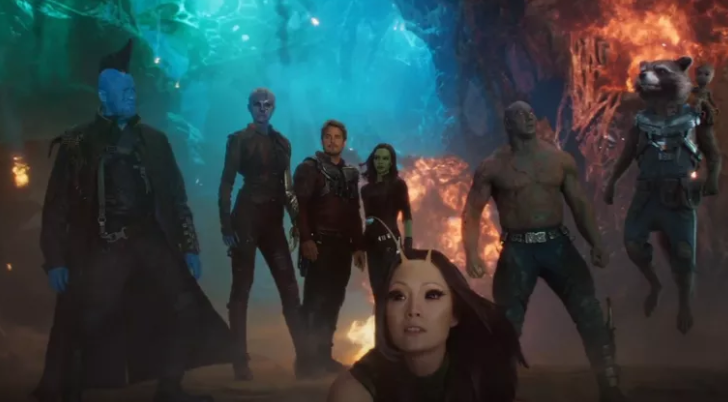 If there is one thing that Marvel gets right it is character. Is Marvel perfect? Hell no. But they more than almost any other studio or franchise have somehow realized that people don’t just like movies where crazy stunts and cgi happen to characters, people like movies where characters they love or understand are involved in anything. I mean anything. Guardians Vol. 2 is a master work in this regard: James Gunn has made an absolutely loveable team of misfits who I will follow on any adventure. I will forgive plot transgressions if it leads to a meaningful character interaction, whether that is in the form of a joke or serious discussion about fathers, I’m in if I care. It is the reason I still defend LOST. The end of LOST was poor but to say the characters weren’t a masterclass of tv making is a lie. It is the reason why my wife, who doesn’t care about football, loves Friday Night Lights. Characters matter first, plot second. Marvel Studios and the Guardians films specifically get that and seem to work hard to put characters audiences like and relate to on screen at every turn.

Guardians Vol. 2 opens with the team being “for hire” and taking jobs around the galaxy to earn money. Their first mission is to prevent some giant octopus creature from eating batteries. I’m serious. We get immediately reintroduced to the team and the typical dynamic as they wait for the monster to arrive and at that moment I was right back in their world with a group of crazy friends. The opening credits of the first Guardians with Quill dancing to ‘Come and Get Your Love’ put everyone on notice that this was a different kind of Marvel movie and it worked. The credit sequence in Guardians Vol. 2 is even more hilarious and perfect.

I’m purposely avoiding spoilers as I work through this review but since trailers show Kurt Russell as ‘Ego’ saying that he is Peter Quill’s father, I think we can discuss that a bit. The movie’s theme or overall emotion is about fatherhood and family. They do it in a sometimes silly or over the top manner but I think, a few nitpicks aside, it works. Drax was a father who lost his family, Ego has been searching for his son, Yondu has been grappling with his feelings about his adopted son in Peter, Peter himself has wanted a father his whole life, Gamora and Nebula were tortured by their father, and Groot is a baby who everyone has to parent. There is a lot to unpack there but the bottom line is something a father does, says, or chooses to not do can ruin a child forever.  Some of the redemption moments of this theme really worked in Vol. 2 and a few sort of landed clumsily but overall it worked.

The addition of Mantis was a welcome surprise because it allowed Drax to really get a ton of laughs from the audience. Dave Bautista was ever better this time around as Drax and the pairing him with Mantis to play off of was a really strong choice. Michael Rooker as Yondu might have been the MVP of the movie and at one point he is teamed with Rocket and Baby Groot for the movie’s best sequence. Keeping Groot a baby was wonderful, probably the damn cutest character in a long time. I think the movie short changed Peter Quill quite a bit. This movie was about him grappling with his two fathers and he never really had a huge moment to shine or really deliver any signature scenes, he just serviced the plot but never broke away from it. The biggest moment that felt like Quill was in the opening battle when he is leading the team against the Octopus monster.

Overall, Guardians Vol. 2 was a blast. I enjoyed it, it was fun, it had great music, good laughs, and a few moments of character emotion that worked. I love this team of ‘A-holes’ and because I love them I’ll watch them do anything together. I look forward to seeing how they interact with the Avengers next May and will be there opening night for Guardians of the Galaxy Vol. 3 in 20-whatever.