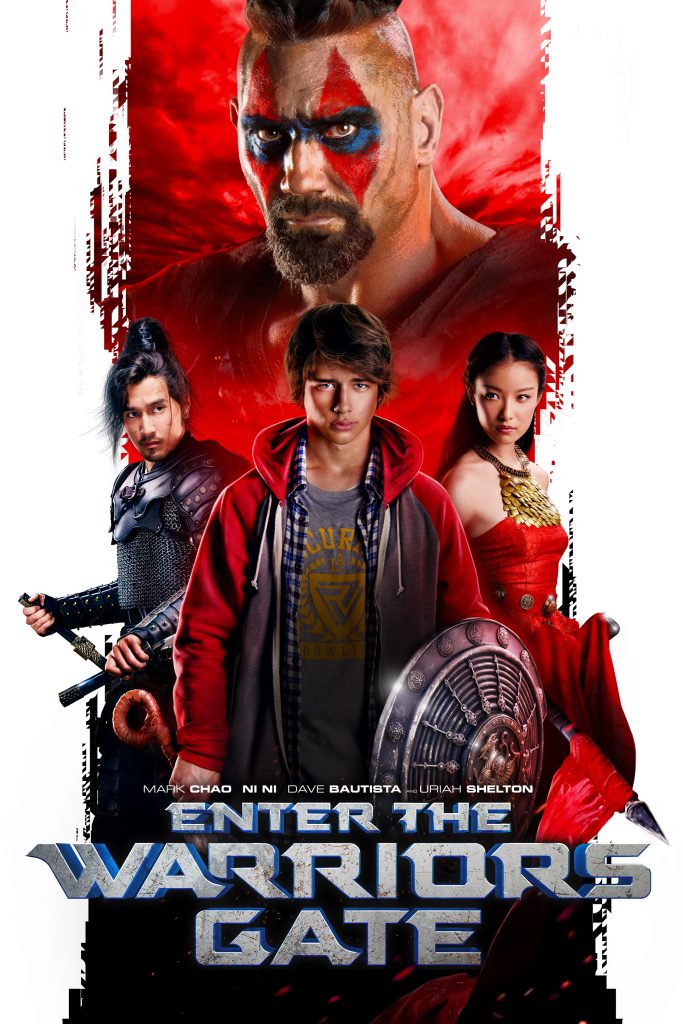 I had the pleasure to talk with the the fantastic filmmaker Matthias Hoene and discuss his most recent film ‘Enter the Warriors Gate‘. We talk about shooting on location, the wide diverse cast and crew, working with Dave Bautista, horror films, and some of his favorite scenes from film. It was a great and fun conversation.

Official Synopsis: Epic fantasy-adventure meets martial arts action in this thrilling film written by Luc Besson & Robert Mark Kamen. After a mysterious chest opens a gateway through time, teen gamer Jack (Uriah Shelton) is transported to an ancient empire terrorized by a cruel barbarian king (former WWE superstar Dave Bautista). Jack will need all of his gaming skills as he battles to defeat the barbarian, protect a beautiful princess, and somehow find his way back home.

ENTER THE WARRIORS GATE is written by Luc Besson (Valerian and the City of a Thousand Planets, Lucy, The Fifth Element) and Robert Mark Kamen (Taken, The Transporter, The Karate Kid), and directed by Matthias Hoene (Cockneys vs Zombies).  The film features an all-star international cast including Dave Bautista (Guardians of the Galaxy, Spectre), Uriah Shelton (Netflix’s “13 Reasons Why,” Disney Channel’s “Girl Meets World”), Mark Chao (So Young, Monga), and Ni Ni (The Flowers of War).

WATCH THE FILM ON ITUNES HERE!