Everything You Need to Know about HBO’s ‘Big Little Lies’!

JEAN-MARC VALLÉE DIRECTS ALL SEVEN EPISODES OF LIMITED SERIES, WRITTEN FOR TELEVISION AND CREATED BY DAVID E. KELLEY, AND IS BASED ON THE BESTSELLING NOVEL BY LIANE MORIARTY.

In the tranquil seaside town of Monterey, California, nothing is quite as it seems. Doting moms, successful husbands, adorable children, beautiful homes: What lies will be told to keep their perfect worlds from unraveling?

Told through the eyes of three mothers – Madeline, Celeste and Jane – BIG LITTLE LIES paints a picture of a town fueled by rumors and divided into the haves and have-nots, exposing the conflicts, secrets and betrayals that compromise relationships between husbands and wives, parents and children, and friends and neighbors.

Based on the New York Times number-one bestseller of the same name by Liane Moriarty, BIG LITTLE LIES is a subversive, darkly comedic drama that weaves a tale of murder and mischief as it explores society’s myth of perfection and the contradictions that exist beneath our idealized façade of marriage, sex, parenting and friendship. The seven-episode limited drama series debuts SUNDAY, FEB. 19 (9:00-10:00 p.m. ET/PT), exclusively on HBO. 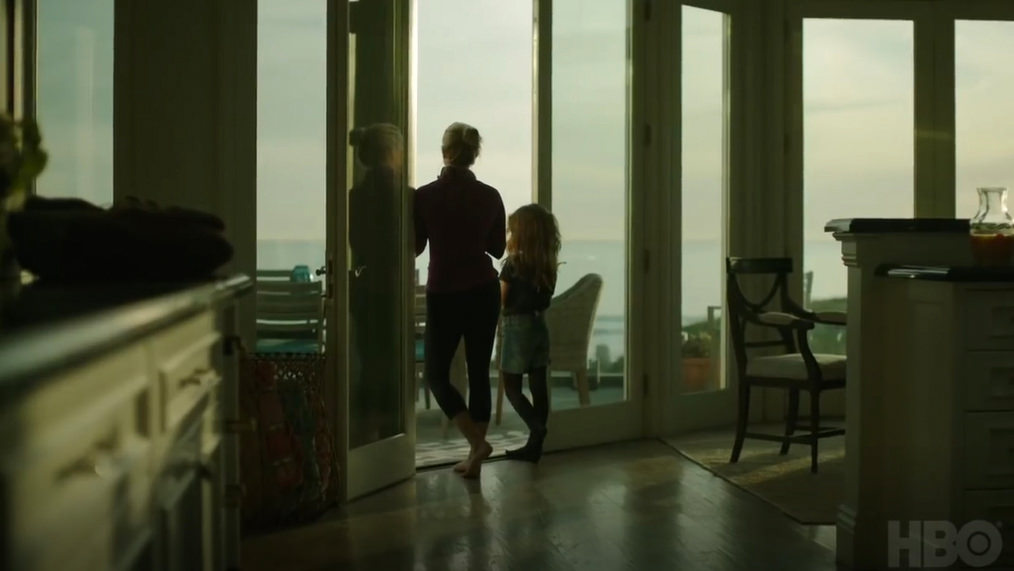 The Mothers of Monterey

Madeline Martha Mackenzie (Reese Witherspoon) is a whirlwind of energy and good intentions, but her compulsion to set things right has unintended consequences.

Celeste Wright (Nicole Kidman) is the envy of her peers, a statuesque beauty who appears to have it all: twins, wealth and the perfect husband.

Jane (Shailene Woodley), a single mom of modest means with a mysterious past, is new not only to Monterey but to the complicated social hierarchy of Otter Bay Elementary School, where her son is a student.

Renata Klein (Laura Dern) is a powerful career woman and anti-bullying crusader at the center of schoolyard politics, on and off the playground.

Bonnie Carlson (Zoë Kravitz), married to Madeline’s ex-husband, is a spiritual yoga instructor and a sensitive soul with a strong moral compass.

Perry Wright (Alexander Skarsgård), half of the seemingly perfect Monterey couple, is a successful businessman, loving father and devoted husband to Celeste.

Ed Mackenzie (Adam Scott) is Madeline’s stable and loving second husband, who copes with feelings of being second-best and, unlike his wife, believes in playing it safe.

Nathan Carlson (James Tupper), ex-husband of Madeline, is re-married to the beautiful and younger yoga instructor, Bonnie. He faces the challenges of co-parenting a teenage daughter with his ex.

Gordon Klein (Jeffrey Nordling) is a high-powered executive who loves and supports his wife, Renata, in her professional endeavors, but doesn’t always understand her actions.

The Wrights: Celeste, Perry and twins Max and Josh (Cameron and Nicholas Crovetti). 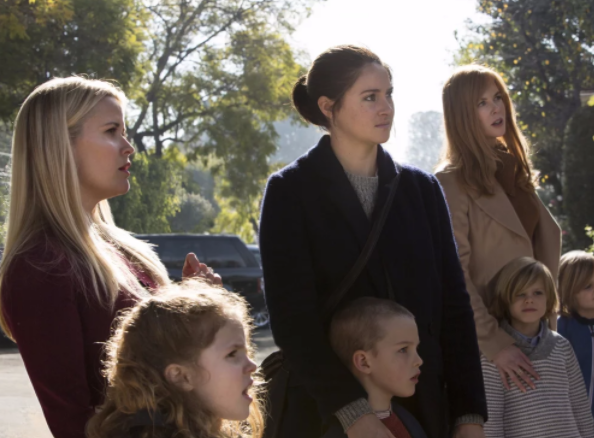 In the affluent beachfront community of Monterey, Cal., a suspicious death at a coastal elementary school fundraiser draws attention to the frictions among some of the mothers. Madeline (Reese Witherspoon) and Celeste (Nicole Kidman), longtime friends and confidantes, welcome newcomer Jane (Shailene Woodley) and her son, Ziggy (Iain Armitage), into their inner circle, much to the chagrin of another mother, Renata (Laura Dern). An incident with the children at school causes battle lines to be drawn.

Jane (Shailene Woodley) deflects Ziggy’s (Iain Armitage) questions about why they moved to Monterey. Madeline (Reese Witherspoon) gets news that her community-theater production might get derailed, and is outraged over a slight from Renata (Laura Dern). Celeste (Nicole Kidman) suggests to Perry (Alexander Skarsgård) that they see a counselor. Nathan (James Tupper) and Ed (Adam Scott) meet in hopes of smoothing out the tensions between their wives, and themselves.