You Have To See ‘The Man From Death’! 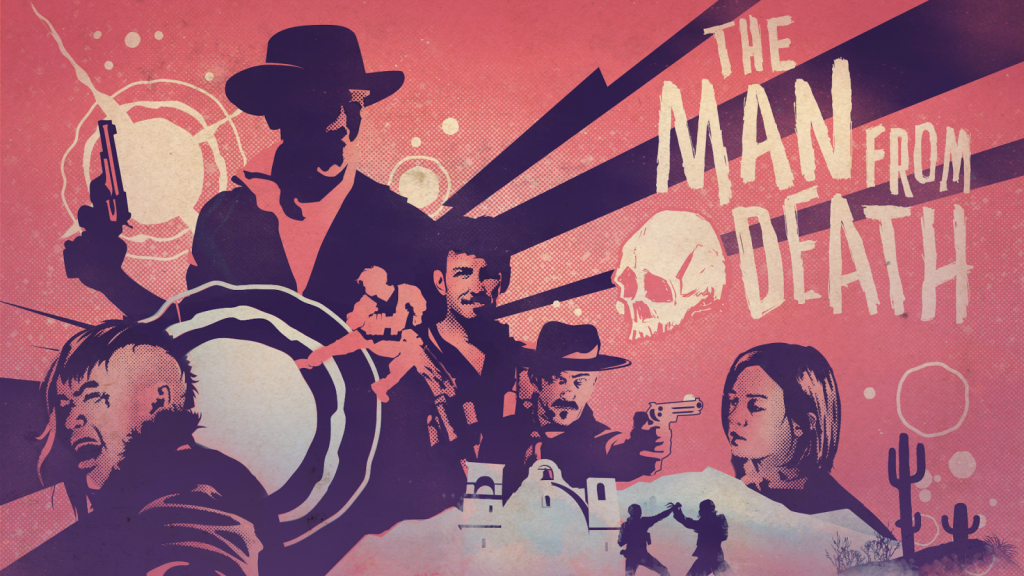 One of the coolest moments of Fantastic Fest was seeing the short film ‘The Man From Death‘, which was directed by Stephen Reedy, and stars Eric R. Lim, Daz Byard, and Dennis Ruel. Eric and Stephen both co-wrote the film too. How do you explain ‘The Man From Death‘? This short film is a mix between the best parts of a Tarantino film with some ‘Scott Pilgrim vs The World‘ thrown in, along with some western, kung-fu, and fun-as-hell gore to be enjoyed by all. Sprinkle some Eric Andre and Tim and Eric Awesome Show in there, and you get ‘The Man From Death‘.

I know, it sounds insane and chaotic, but it’s also brilliant. Packed with action scenes, beautiful cinematography, crazy fight choreography, laughs, and more – ‘The Man From Death‘ will certainly leave an imprint on your cinematic soul. Already, Stephen Reedy and Eric R. Lim are developing a feature length version of the film with Justin Giddings writing the screenplay. Below is an interview with Eric R. Lim and Giddings at Fantastic Fest 2016 in which they discuss shooting the film, making the feature length version, and some of the inspirations. It was a fun-as-hell interview.

Also, there is an IndieGoGo campaign to get this amazing short film turned into a feature length kick-ass movie! Not much time left here to donate, but if you want to see a BAD-ASS film, let’s get this made! 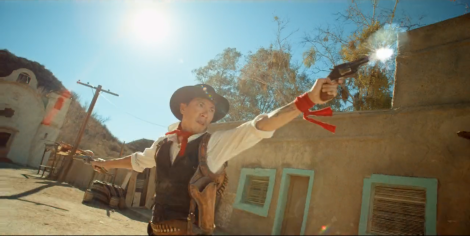 Official Synopsis: A poor, dumb sap, Elijah Stryder and his wife, Mrs. Stryder, are attacked by the nefarious Ailester Hall and left for dead in the wild wild west. That poor sap, Stryder, awakens with a mysterious green colored list of prophecies that lead him on a journey of fun and fancy free adventures with his skeptical partner, Sergio. There is only one caveat, Stryder is not allowed to take revenge on the man who shot and killed his wife. Can Stryder keep his composure and learn how to forgive, or well he ruin it for everybody? It might be the latter.