We’ve Got Your First Official Pic of the ‘Ghostbusters’ Team!!! 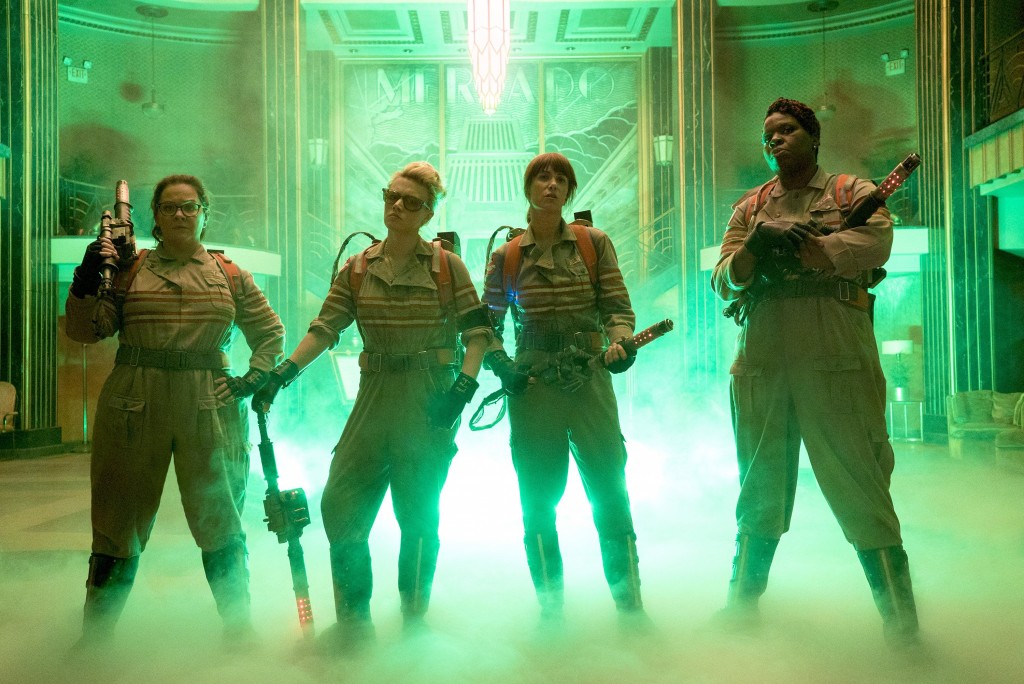 Happy Holidays and Merry Whatever, we’ve got the first official pic from the upcoming, lady-led, ‘Ghostbusters‘ reboot starring some of the funniest chicks in the acting biz today.

Melissa McCarthy, Kate McKinnon, Kristen Wiig and Leslie Jones have strapped on their proton packs and are ready to get into the paranormal. One big co-star not shown is the delicious Chris Hemsworth as the team’s long-suffering receptionist, but there’s plenty of time for that when the film doesn’t drop to theaters until July 2016, so it’s kind of selfish to ask for everything immediately, right? I mean, ’tis the season to think of others and not be such a selfish git, right? Someone support this because I’m wanting to be selfish and demand it all now!

When you’re looking at a classic and perfect comedy like ‘Ghostbusters‘, of course you can’t do a scene-for-scene remake, so you take the theme and make it your own, at least that’s what writer/director Paul Feig has done. So happy whatever and start getting pumped!