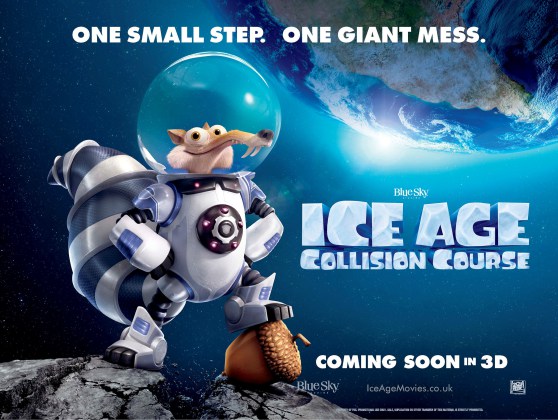 The trailers for the ‘Ice Age‘ movies are always a hit in this house and ‘Ice Age: Collision Course‘ is no exception, coming to theaters July 22, 2016. In the meantime, let’s all sit back and watch Scrat in his epic quest for the ever-elusive acorn.

Scrat’s epic pursuit of his elusive acorn catapults him outside of Earth, where he accidentally sets off a series of cosmic events that transform and threaten the planet. To save themselves from peril, Manny, Sid, Diego, and the rest of the herd leave their home and embark on a quest full of thrills and spills, high and lows, laughter and adventure while traveling to exotic new lands and encountering a host of colorful new characters as well as a new enemy who is a brother to one of their old foes. Wide release slated for July 22, 2016.