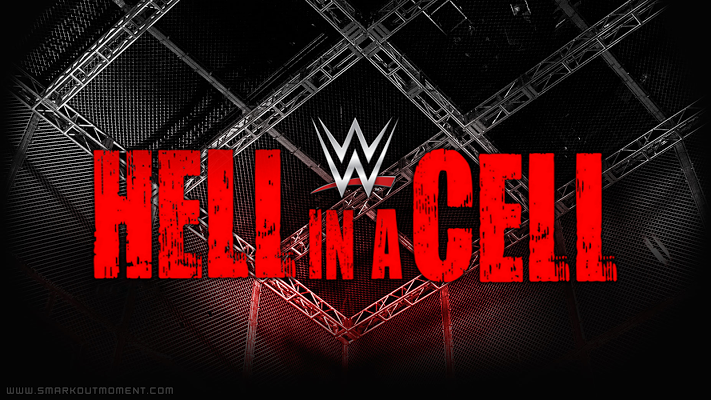 There is a dark cloud of reality hanging over this Sunday’s Hell in a Cell.

It started moving in last month, when Sting faced Seth Rollins in the main event at Night of Champions.

The story was that the Vigilante Sting, WCW’s greatest icon and the last soldier of the Monday Night War, magically appeared to challenge Rollins for the WWE Championship. Admittedly, he had already magically appeared once only to lose to Triple H, so there was slightly less magic than advertised. but Sting seemed to be enjoying himself and Rollins sold the idea of Sting being threatening well enough to make their match-up compelling. 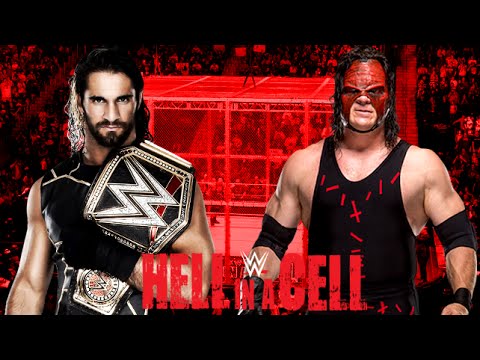 Unfortunately, real life intervened. Sting was impressive for the first 15 minutes of the match, and then we got a crushing reminder that he is 56-years-old and maybe shouldn’t throw his body around for more than 15 minutes at a time. After two rough falls earlier in the match, he took a rough bump in the corner and then collapsed while running the ropes. The match stopped, the ringside doctor rushed into the ring, and wrestling fans everywhere had to confront the possibility that we were watching a man die on live television.

Fortunately, Sting recovered sufficiently to get through a rushed finishing sequence in which Rollins awkwardly pinned him, hearkening back to the time Owen Hart broke Steve Austin’s neck in the ring and then had to essentially pin himself to not ruin the planned outcome of the match. As a general rule, main events should not evoke memories of near-fatal accidents that look terrible to the audience #hottake.

A reasonable person might take away from the Sting-Rollins debacle that we shouldn’t be putting 50+ year old men in main event style matches that require them to put themselves at great risk. You know what WWE is thinking? Let’s put the (50-year-old) Undertaker inside Hell in a Cell with Killing Machine Brock Lesnar!

Brock Lesnar is the realest WWE wrestler of all-time – a 295-pound former NCAA Heavyweight and UFC Heavyweight Champion who sounded like a sociopath on his mostly out-of-character interview on Steve Austin’s podcast this week (which was great, though shame on Austin for not diving deeper into Lesnar’s assertion that he owns Four (4!) Big Green Egg grills). The Undertaker’s body is approximately 18% botox and he required real-life medical attention after each of his two previous matches with Lesnar. His own signature black mortician/cowboy hat left a giant dent in his forehead on Monday Night Raw this week. He can’t even remove his hat without sustaining damage…how is he going to beat a real-life monster?

This match is a totally irresponsible decision and…fuck it, I’m in. 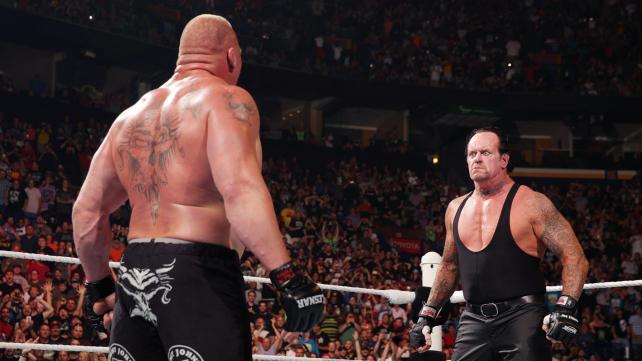 I realize that there is a not insignificant chance that Brock Lesnar literally kills a 50-year-old man on Sunday. But the Undertaker is an all-time great waging his last battle against his own wrestling mortality. Also, he lost the first match against Lesnar and won the second under circumstances so ridiculous I don’t even want to describe them to you. After 24 years of being the most carefully protected character in WWE history, he now, for the first time, has to fight for his own credibility. If we are writing the story of the end of the Undertaker, he has to win. Let’s just hope real life sticks to the script for one more match.

Quick thoughts on the other matches this Sunday: 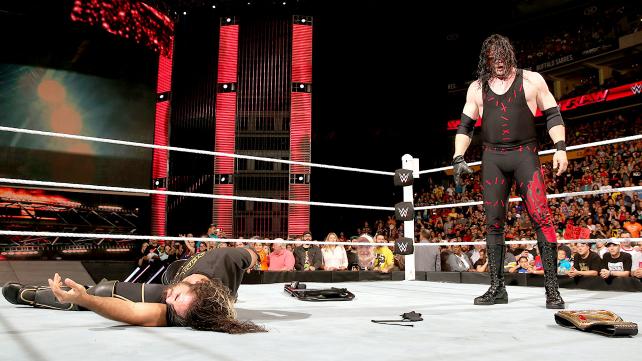 WWE World Heavyweight Championship – Seth Rollins (champion) v. Demon Kane: Speaking of reality…this storyline has been delightfully unreal. The Demon Kane (Kane with a mask) has repeatedly attacked Rollins, despite Corporate Kane (Kane without a mask) being charged with protecting Rollins. At one point, Rollins appeared to have broken Corporate Kane’s ankle only to see Demon Kane emerge from the ambulance that Corporate Kane had just been loaded into. Makes absolutely no sense. I love it. Prediction: Seth Rollins retains, storyline continues. 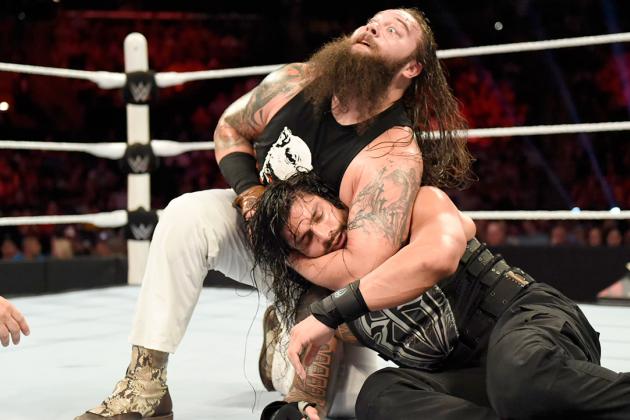 Hell in a Cell: Roman Reigns v. Bray Wyatt: It’s upsetting that this match is inside the Cell, since it takes away some of the thunder of Lesnar-Undertaker. Reigns appears to be the new WWE Superman so he seems to be the pick here. 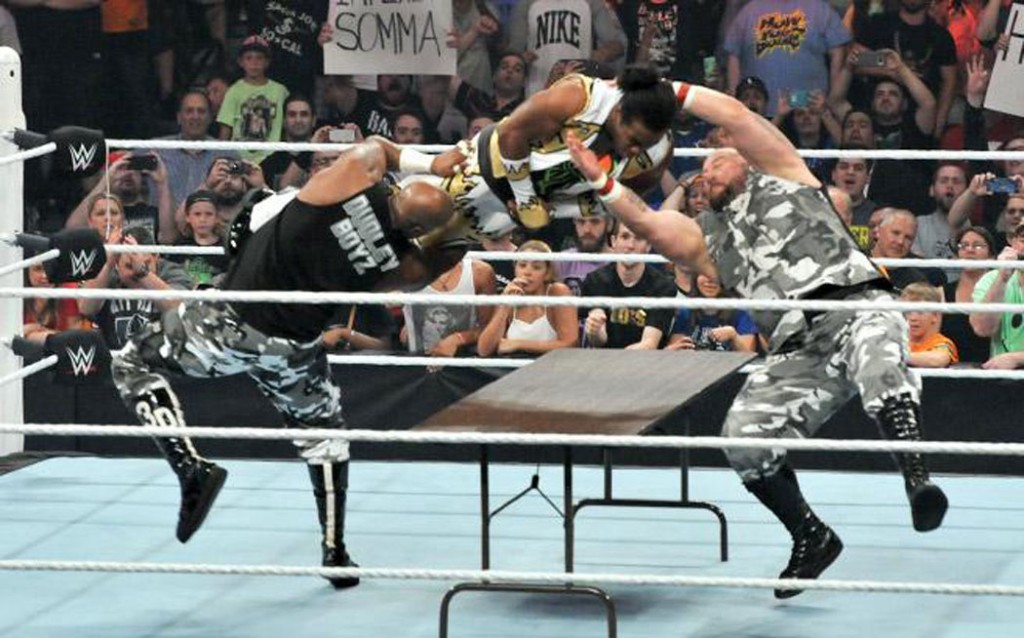 Tag Team Championship – The New Day (champions) v. The Dudley Boyz: The New Day, individually and as a group, are geniuses that should be celebrated and cherished. Just look at this t-shirt and know that all of this makes sense if you’ve been watching the New Day for the past couple months. Even the trombone. Especially the trombone. 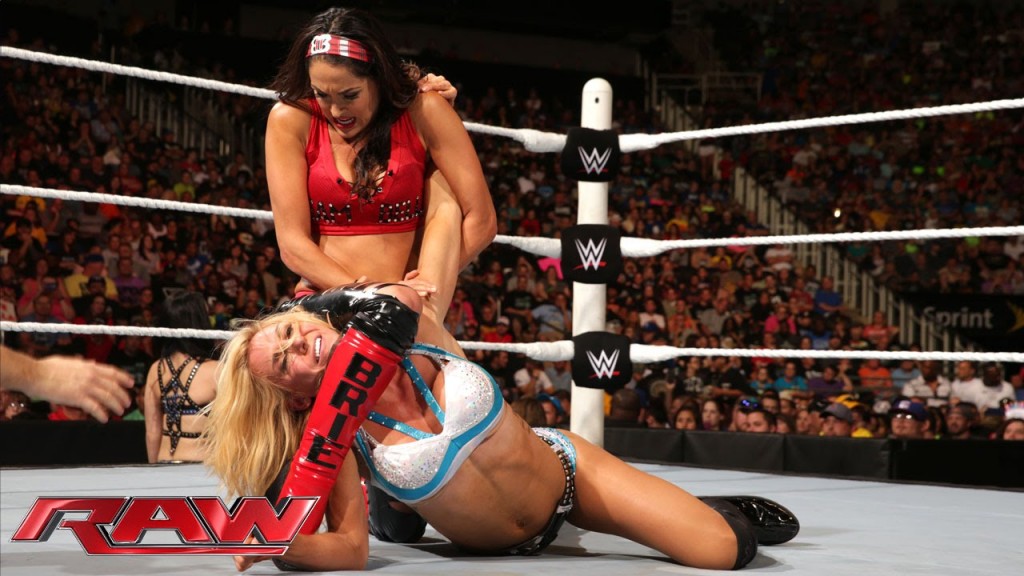 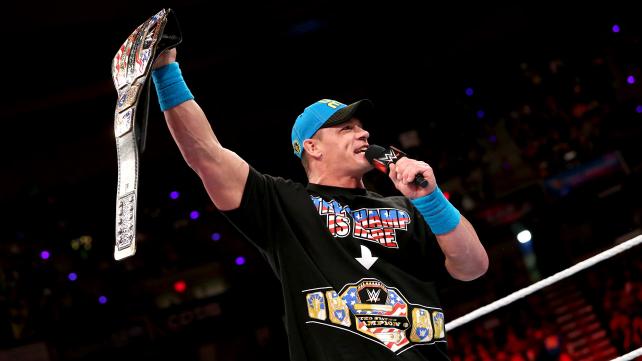 John Cena’s U.S. Open Challenge: Apparently, Cena is taking time off after this Sunday, so there is an opportunity to cash in all of the goodwill that Cena has restored to the US Title. Best case scenario: Daniel Bryan returns. Second best: Dean Ambrose beats Cena in a classic. Worst case scenario: Corporate Kane.