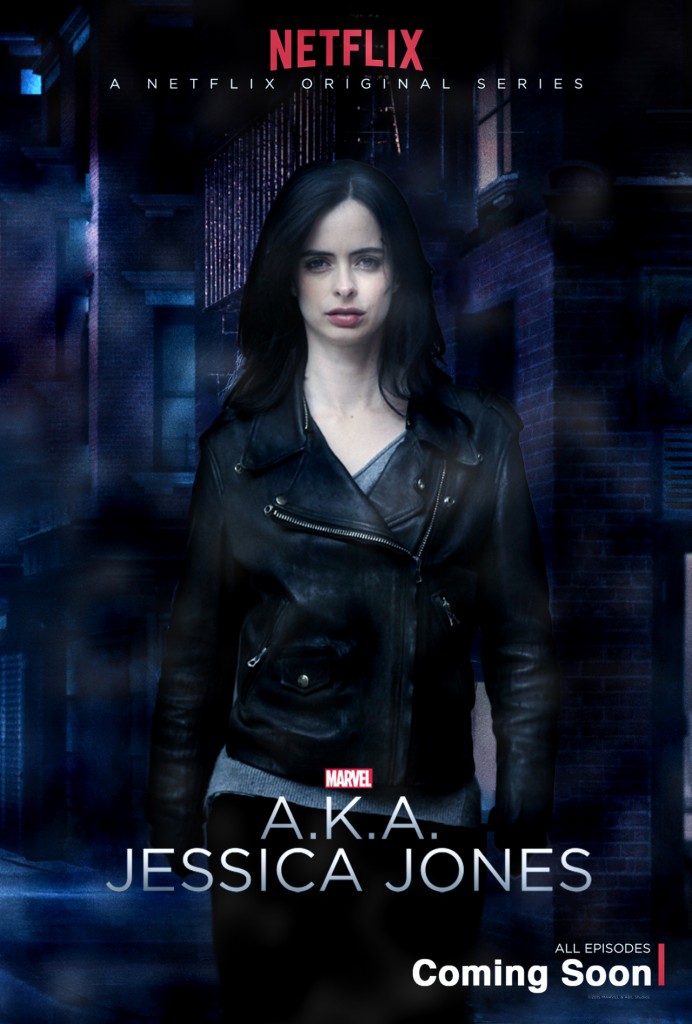 Ever since her short-lived stint as a Super Hero ended in tragedy, ‘Jessica Jones‘ has been rebuilding her personal life and career as a hot-tempered, sardonic private detective in Hell’s Kitchen, New York City. Plagued by self-loathing, and a wicked case of PTSD, Jessica battles demons from within and without, using her extraordinary abilities as an unlikely champion for those in need… especially if they’re willing to cut her a check.

Netflix has finally given in and they’re giving us a full trailer for the series we’ve all been waiting for! It is definitely dark and broody, kind of makes me think of ‘The Crow‘ with how deep the melancholy feels. Starring Krysten Ritter, David Tennant, Carrie-Anne Moss and Mike Colter. Tennant taps into the creepy as the superpowered Kilgrave who can make anyone do anything he desires and his will usually calls for something evil.

All 13 episodes of ‘Jessica Jones‘ debut on Netflix on Friday, November 20. Perfect timing so you can enjoy it as you’re ignoring the family you’re supposed to be thankful for over Thanksgiving.