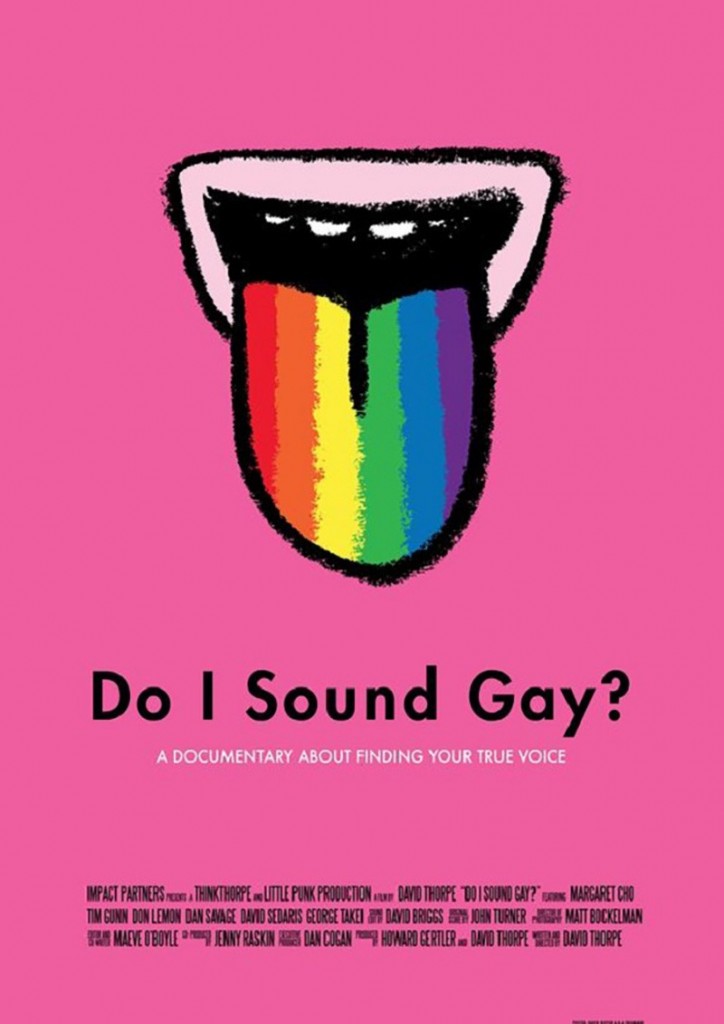 You’ve read the title of this film and its review, so go ahead, get your snickering and jokes out of the way now; I’ll wait. Feeling better? Good. Now we can begin a serious discussion. The idea that a specific style of speech is exclusive to homosexual males is an interesting one that deserves at least a glimpse.

Writer-director-star, David Thorpe crafts a “personal documentary” style film in an attempt to answer the mystery behind the gay male voice. Pulling primarily from his own personal experiences, he weaves together personal anecdotes, historical references, and numerous testimonials with the grace and skill of a much more seasoned filmmaker; especially when one considers that this is his cinematic debut.

Thorpe takes the question and plasters it on the title, even verbalizing the title at the start of the film. As the title disappears, various random people attempt to answer the question in a rapid-fire “man on the street” style interview. The hesitation and clear discomfort found among the various participants, sets the tone early and really establishes the seriousness of such a topic. However, rather than become too wrapped up in the seriousness, the film instead takes a mostly light-hearted look at the perceived male machismo prevalent in American culture. Various film and television clips, as well as other “man on the street” interview questions, help establish these theories quite convincingly.

Thorpe produces his story with the skill of one who has seen his fair share of documentaries. There is a wide variety of styles of interviews, B-roll footage, topics, and graphics to keep everything moving forward without ever feeling stale. All of this is produced with seasoned and professional-grade quality. As many amateurs have done, Thorpe could have easily leaned heavily upon the sound bites from the various celebrities in his film to help establish his credibility. It is praise-worthy to see that the celebrity bits take a backseat to his own narrative and serve only to enhance the overall message. 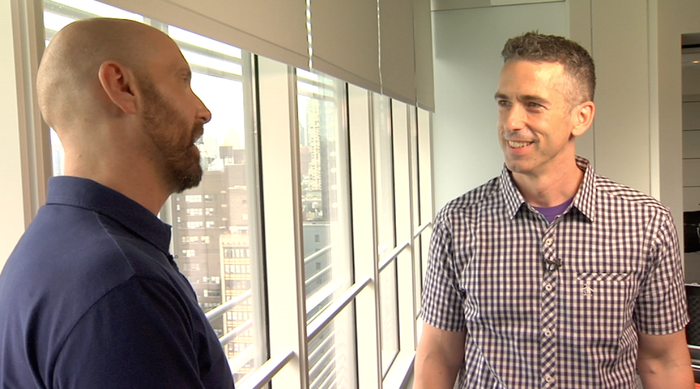 At just under 80 minutes, this rather brief documentary should feel rushed or incomplete. However, the pacing and length are spot-on for such a narrow topic. It should be mentioned that while the pacing is spot on, the style takes a little getting used to. Several topics relating to homosexuality are addressed early on, leaving the viewer wondering how it all relates to voice. However, as the film progresses, what seemed like a negative in his storytelling turns into a positive as all the various sub-topics are brought back together nicely to form a cohesive and interesting narrative into the film’s main topic.

Audiences may likely be thrown at first at the film’s blending of styles. After the initial “man on the street” style opening (which can be found in countless other documentaries), he immediately delves into a more personal documentary style narrative – turning a typical documentary into more of a personal journey film. As he bounces back and forth, the blending of the two styles can seem a bit jumbled. However, the seemingly haphazard style is only jarring for the first fifteen minutes or so of the film as audiences grow accustomed to it.

That is not to say that the film is perfect. There are several places where the shine on the film’s sterling polish seems to dull. During the personal narrative scenes, the footage quality diminishes to that of a home video; complete with shaky cam and random close up shots. This is akin to something you’d see out of Paranormal Activity or other found-footage films, and it seems glaringly out of place amidst all the professionalism of the various interviews. There are also a couple of very jarring and explicit scenes from homosexual pornographic films thrown in that, quite honestly, did not need to be included. The film’s message and structure did not warrant such a striking visual detour, and it likely would do more harm than good for audiences in the long run.

The biggest fault lies in the film’s closing message. Dissecting the stigma of the gay male voice is an interesting endeavor to be sure, but the film feels a bit too whimsical in its ending. The historical and cultural glimpses were poignant, but the film concludes with a bit of a shrug and a “just be yourself” mantra that threatens to undermine the rest of the film. This is like the clichéd film where the hero goes after the person of their dreams for 90 minutes, only to decide in the closing moments that he’s better off alone. It makes audiences feel like they wasted the last few hours of their lives.

Still, this is a very solid first effort from David Thorpe that shows promise of what he could do with a more intense topic.