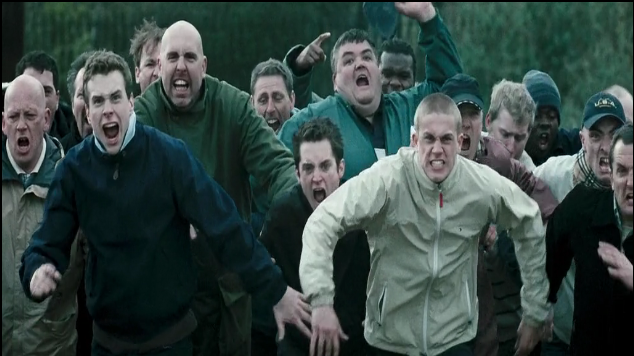 You might find yourself reading the following list, thinking “Hey! I’ve seen all these movies! How dare you claim them to be ‘lesser-known’!” My response to you, should you say such a thing, is “congratulations.” You see, just because you are a film nut like me, doesn’t mean that the rest of the populace is. The following is a list of ten good films with big-named actors that somehow slipped under the general radar. I’m not saying they are completely unknown, but based upon ticket sales, it certainly seems like they slipped the notice of the general public. These are all solid films that, should you enjoy these actors, you definitely want to check them out (the films, not the actors – although to each their own, I guess). 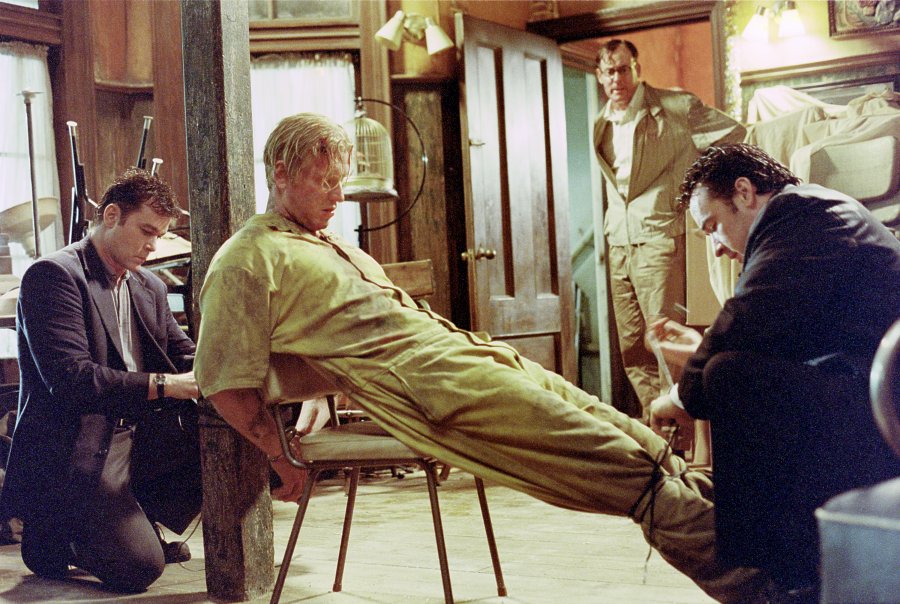 10. Identity – (John Cusack, Ray Liotta, Amanda Peet) Question: what do you get when you strand ten strangers in a remote motel and then start killing them off one by one? If you answered “massive amounts of paranoia and deceit” then you won the grand prize! As these ten characters begin dying one-by-one, their fear and distrust of one another grows. It seems cliché, but as the tension grows, the plot twists more than an M. Night movie! The third act will make you rethink the first two and reach for the remote to rewind what you already saw. This intelligent horror flick is a definite breath of fresh air against all those other cookie-cutter horrors. 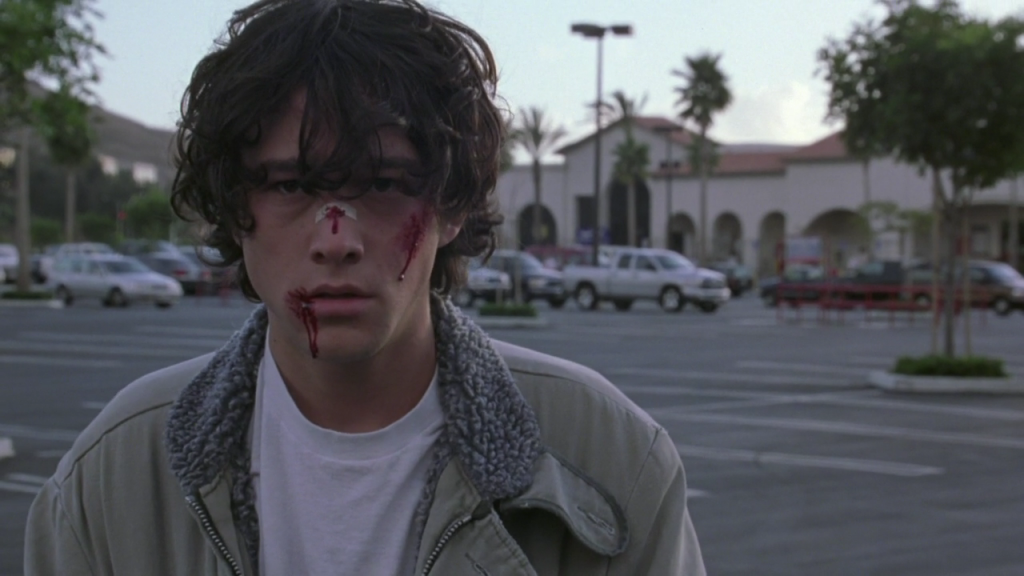 9. Brick – (Joseph Gordon-Levitt) Film noir is a finicky genre of film with an equally finicky core audience. So it’s not surprising that few people rushed to see a film noir set in a high school environment. What’s more, the film has the characters (all high school students) talk like 40 year-old film noir characters, despite the fact that some of them look as if they just finished puberty. Still, Levitt’s portrayal of a high school loner/gumshoe is worthy of viewing. The plot is intricate enough to appease your loyal film noir fan, and the visuals are entertaining. Still, it is an artistic film attempting to show something different to a specific audience not known for their desire to see anything different. Just leave realism at the door when you view this one. It’s meant to be bizarre and different! 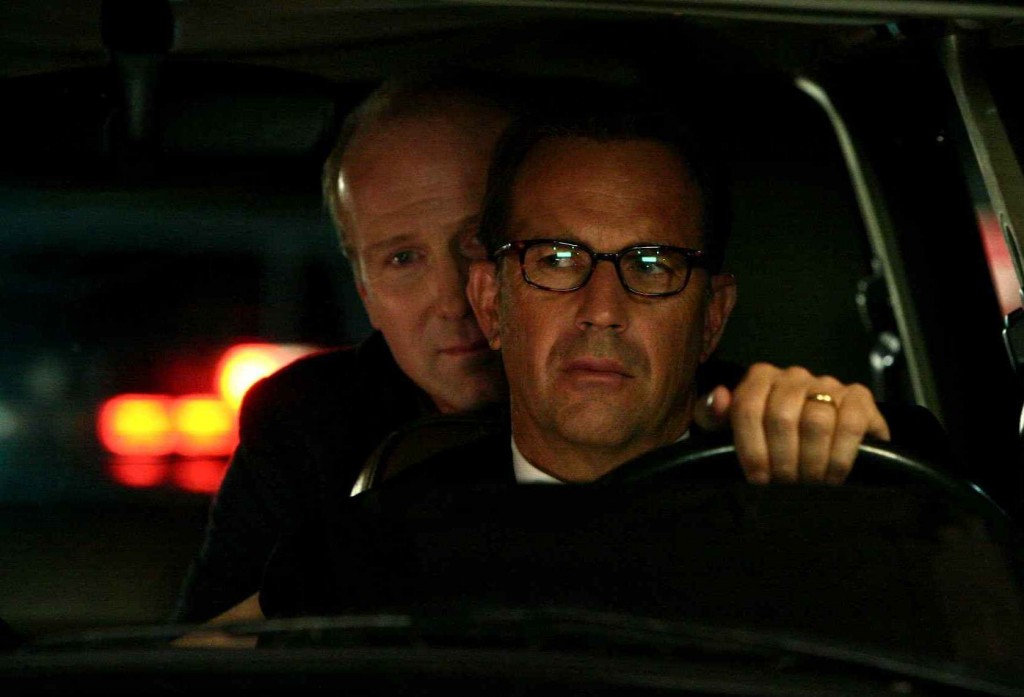 8. Mr. Brooks – (Kevin Costner, Demi Moore) I can hear you now, “but Kevin Costner hasn’t done a good film since Dances With Wolves,” to which I would respond by gently taking your hand and shoving you out the door! Just because he had a few financial duds like Waterworld and The Postman, doesn’t mean the man’s career is over. He’s still an amazing actor. Mr. Brooks is the story of a retired serial killer (Costner) and the voice in his head (played brilliantly by William Hurt), who is thrust out of retirement by a would-be killer (played by Dane Cook…yes, that Dane Cook). Hot on his trail is a famous detective (Demi Moore). The brilliant interaction between Hurt and Costner overshadow mediocre performances by Moore and Cook. The filming is unique, and truly helps to capture the conflict brewing within Costner. The soundtrack is superb. And the film has enough twists and turns to keep you on the edge of your seat. 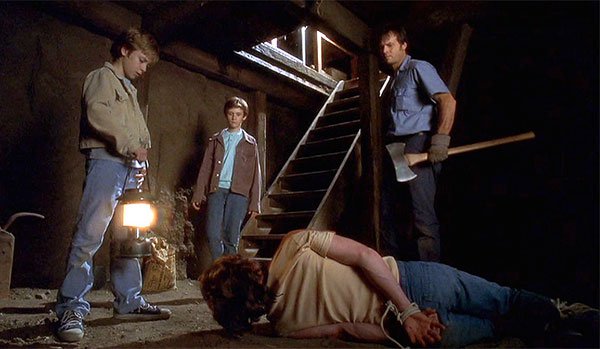 7. Frailty – (Bill Paxton, Matthew McConaughey) Alright, alright, alright. Next up is a little indie gem about a mysterious stranger (McConaughey) who wanders into a police station late one evening. He confesses to an FBI agent his family’s string of religiously-inspired murders. The film then takes you on a flashback to McConaughey’s youth, where his religiously fanatic father (possibly Bill Paxton’s finest performance) led his family on a holy quest to rid the world of demons disguised as humans. In Paxton’s feature-length directorial debut, he demonstrates (no pun intended) a real knack for gripping story-telling with superb pacing. The subtle horror is the genius of this film. There is no Kruger or Jason lurking in the shadows, just your average family found in every neighborhood. As the murders pile up, the young McConaughey struggles with the morality and reality of it all. 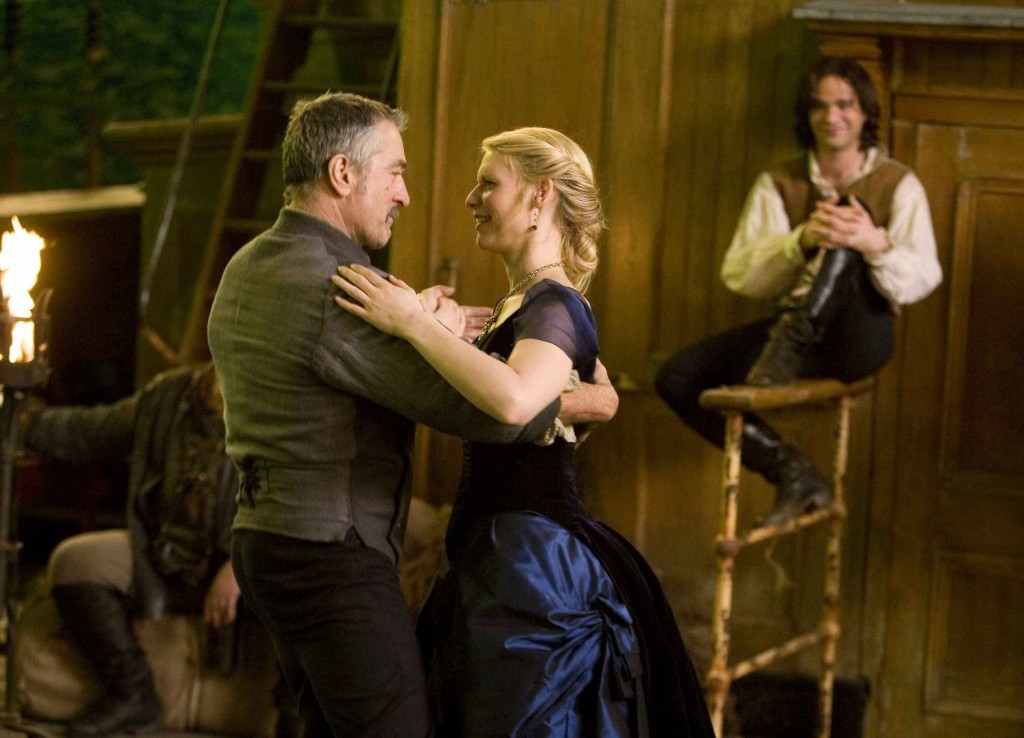 6. Stardust – (Michelle Pfeiffer, Robert De Niro, Claire Danes, Peter O’Toole, Ian McKellen) It’s likely that this little action/fantasy/rom-com (adapted from a Neil Gaiman story) was too visually striking for most audiences. After all, those who like fantasy, don’t typically want it mixed with romantic comedies. Those who want a romantic comedy don’t typically want an action/fantasy film. However, this film takes elements from each and plays them together perfectly. Stardust tells the tale of a young hopeless romantic who has fallen for the clichéd, popular hot chick. To win her affections, he vows to literally capture a falling star for her (it IS a fantasy, don’t forget). In his efforts, he is whisked away to another land filled with kings, witches (Pfeiffer), pirates (De Niro), magic, and the falling star in the form of a human (played by Danes). There is plenty of action, humor, and romance for everyone to enjoy. The star-studded cast plays off each other brilliantly. De Niro absolutely kills it as a fierce pirate captain! The lack of box office success is even more surprising considering the popularity of the book in which the film is based. 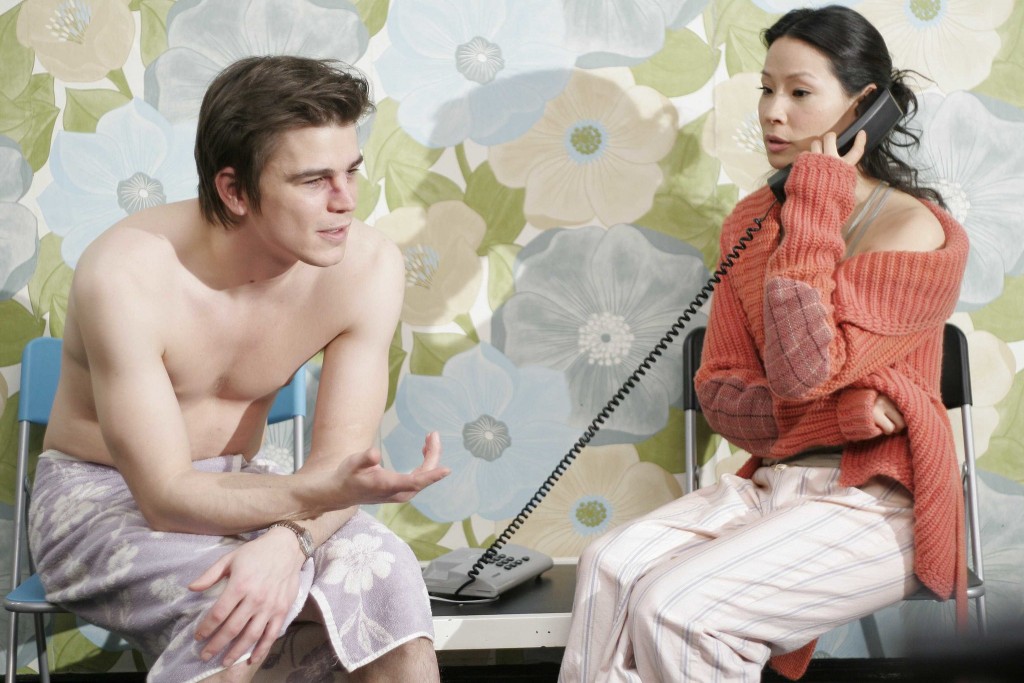 5. Lucky Number Slevin – (Josh Harnett, Ben Kingsley, Morgan Freeman, Bruce Willis, Lucy Lui) How a film with this many famous actors failed to garner a large following is beyond me. I guess audiences were too busy doing the “Kansas City Shuffle”! If you don’t get that, then you definitely need to see this film. Josh Harnett plays the new kid in town, caught up in the middle of a war between the two heads of warring gangs (Freeman and Kingsley). Throw in a professional assassin (Willis) and a spunky mortician (Lui), and you have the makings of a fun action thriller that is more entertaining than its box office success would seem to think. Like other films on this list, there is a plot twist/explanation along the same vein as Oceans 11. 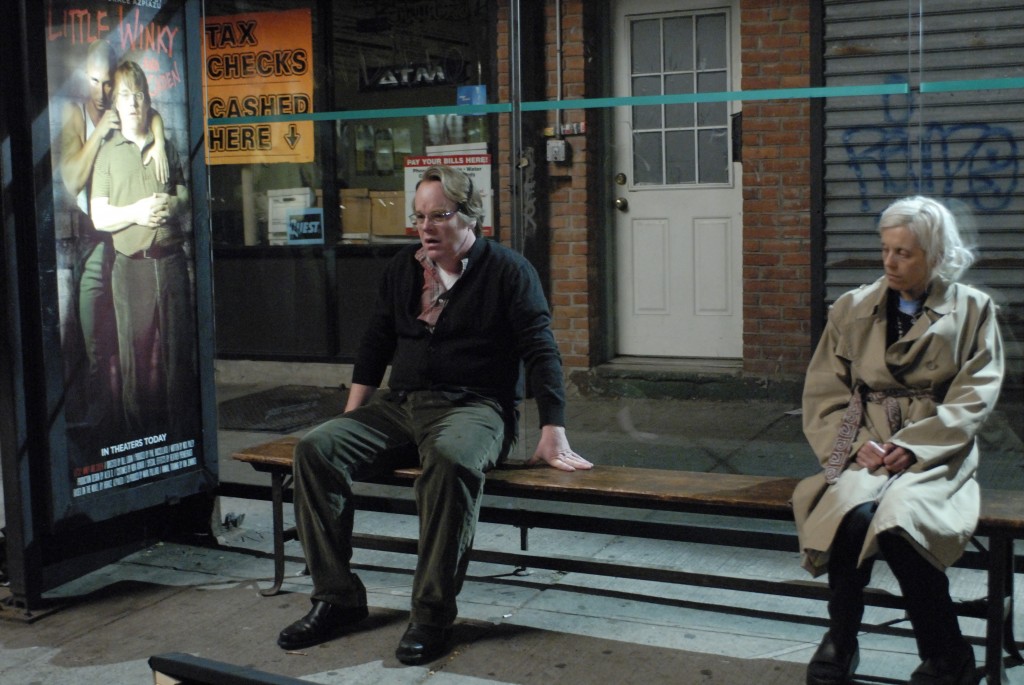 4. Synecdoche New York – (Philip Seymour Hoffman) This film is, without a doubt, the weirdest entry on this list. To explain the plot to you just doesn’t do it justice. It is a visual spectacle of epic proportions. Like Primer, you’ll likely have to watch it several times to truly understand what you just saw. A theatre director (Hoffman) creates a realistic replica of New York within the confines of a warehouse as the backdrop of his most prestigious play. As the conflicts mount from such an overwhelming production, the stage and characters take on a life of their own. Winner of several awards for best original screenplay, you know you’re in for a cinematic treat. Hoffman gave numerous amazing performances throughout his tragically short life, but this one should have earned him more praise than it did. Sadly, like many artistic projects, this one fell through the cracks (though it was critically acclaimed). 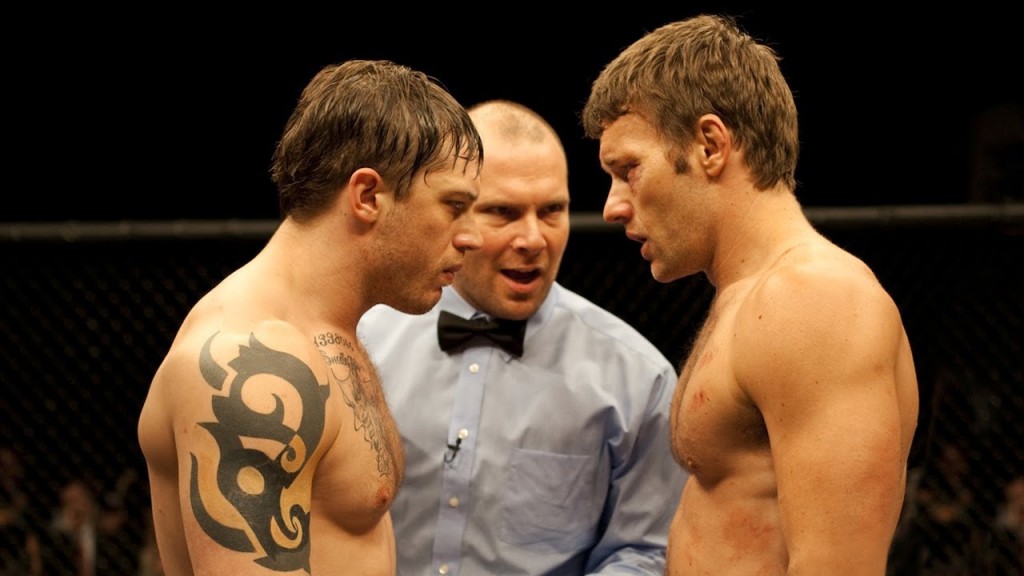 3. Warrior – (Tom Hardy, Nick Nolte, Joel Edgerton) Forget fighting films, this film deserves to be in the conversation of “greatest sports films of all time”. Forget all the fighting, the focus of this gem is the family dynamic. Two estranged brothers (Hardy and Edgerton) compete in a large purse MMA tournament. Though their motives are vastly different, the bond they share with one another and with their estranged father (in a brilliant performance by Nolte) will have you reaching for Kleenex by the end of the film. This film does for MMA what Rocky does for boxing. Yes, the fights are there, and they are incredible, but the focus throughout is family. There is something for everyone here! 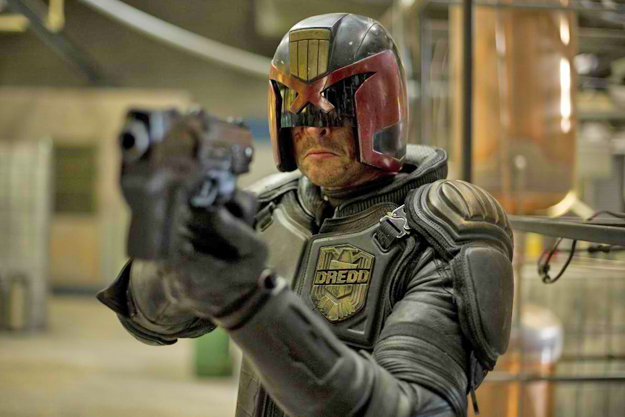 2. Dredd – (Karl Urban, Lena Headey) Sometimes a film is so horrendously awful that audiences will wash their hands of anything having to do with the entire franchise. Such was the case with Dredd. Sylvester Stallone’s ill-advised attempt at a Dredd film was so awful that even 20 years later, people still hadn’t forgotten or forgiven. In 2012, there was a new sheriff in town. Karl Urban donned the helmet of comic’s most popular post-apocalyptic policeman. With a shoestring budget, lack of Stallone-esk cheesy dialogue, and only two big names to its credit, this film put together one of the greatest action films of the last decade. Sadly, few people went to see it. Fortunately, word of mouth has been going around, and this film is starting to see a revival in DVD sales. In this film, Dredd takes a new recruit on a trial mission to investigate a triple homicide at a nearby apartment complex. Once there, the two judges get trapped inside by the resident crime boss (played by Headey). What follows is a bloodbath of truly epic proportions. While this film may have lost some steam financially by people claiming it to be a Raid: Redemption rip-off, it does enough to set itself apart from the unfortunately timing of each film’s release date (even though Dredd was written and in production first).

1. Moon – (Sam Rockwell, Kevin Spacey) Moon takes a big risk that only works when the lead actor is dynamic enough to pull it off. Fortunately for them, they got one of the most underappreciated actors of our time in Sam Rockwell. Rockwell plays an astronaut living by himself on the moon. For the last three years, his only companionship has been in the form of the AI, GERTY (played by Spacey). For the vast majority of the film, Rockwell fills the screen by himself. The boredom and loneliness are palpable as he copes with spending three years on the moon as literally the only person on the planet. Soon, however, things reveal themselves to be not as they appear. Like other entries on this list, there are twists and turns enough to keep you on the edge of your seat. What sets this film apart is the masterful talent of Rockwell, who proves more than capable of caring an entire film by himself. Once you see this film, you will officially belong to the Sam Rockwell fan club – and rightfully so!