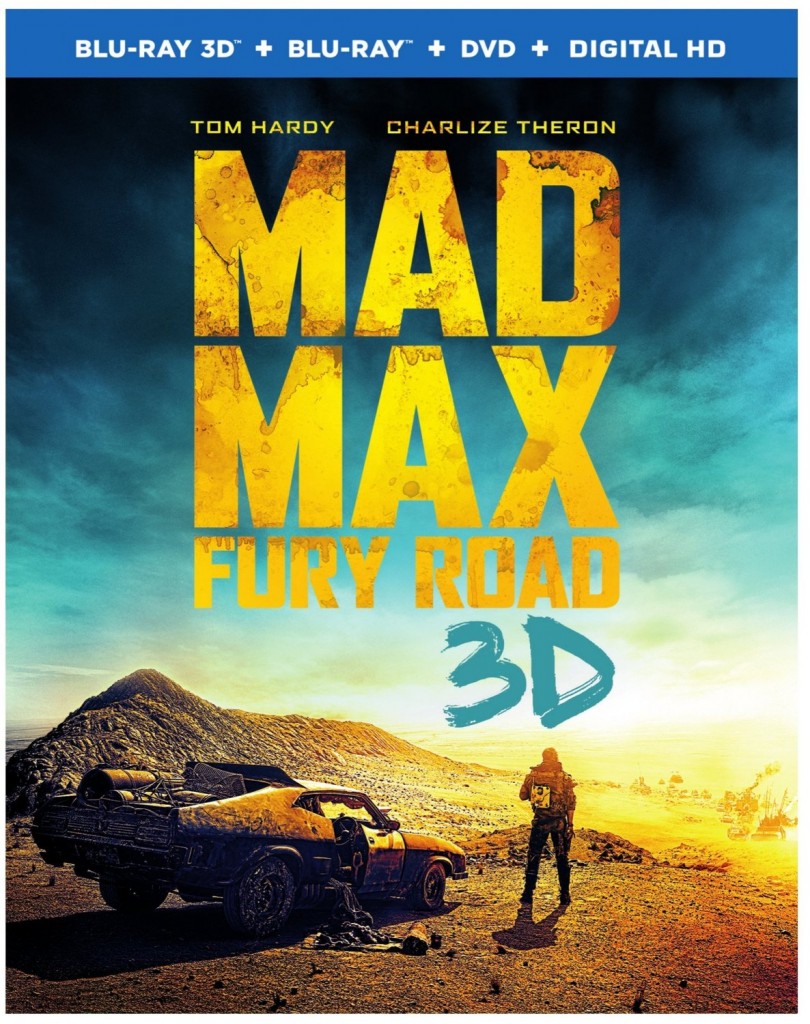 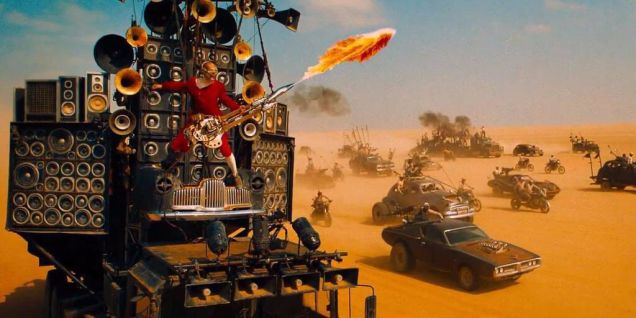 ‘Mad Max: Fury Road‘ (2D Version) comes with a fantastic 1080p HD transfer and is presented in 2.40:1 aspect ratio. This image simply looks gorgeous in every way shape and form. It just doesn’t get better than this. Every aspect of this image is flawless. The detail is always sharp and vivid throughout. You’ll be able to see each grain of sand being kicked up from the vehicles as well as every bead of sweat, bubble of blood, and imperfection on the war boys. Every ounce of rust and dent shows clearly as well on the vehicles.

Costumes show fine textures with tons of scuff marks very nicely as well. Pretty much, you’ll be able to see every tiny detail that was put into this film here. Colors simply pop off screen as well. There isn’t much green, but the skies are bright blue and the sand is bright orange, giving this film a natural, yet war-torn look. Even in the heavier action sequences here there is a ton of dust and sand kicked up, nothing ever bleeds over or becomes pixelated. It always stays strong and bold throughout.

Black levels are very deep and inky, with no evidence of purple hues or crush. The skin tones are always natural as well. There were zero instances of any aliasing, banding, or any other type of video noise, leaving this video presentation with excellent marks.

If the above video presentation wasn’t good enough, then this audio mix will surely be. There are several different options here, one being a Dolby Atmos mix, however, I’m sure most of you won’t have the Atmos set up yet, but if you do, prepare yourself to have your mind and ears rocked. That being said, most of you will choose the lossless Dolby TrueHD 7.1 MA mix or the Dolby Digital 5.1 mix. 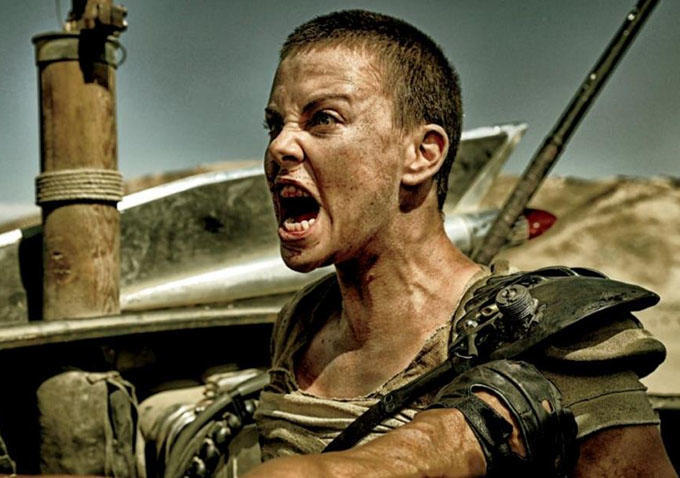 ‘Mad Max: Fury Road‘ (3D Version) is simply phenomenal. The movie itself is one of the best movies I’ve seen in a long time and is what going to the theater is all about. It;s pure filmmaking at its finest, and I can’t wait to watch this again a dozen more times, because it’s that amazing and fun to watch. Better make it a baker’s dozen. The video and audio presentations are both flawless, and the 3D in the film is stunning, although a bit darker. The extras are what we all hoped they would be. The bonus features show just how they made this amazing movie, leaving nothing out. This Blu-ray is a MUST-OWN!