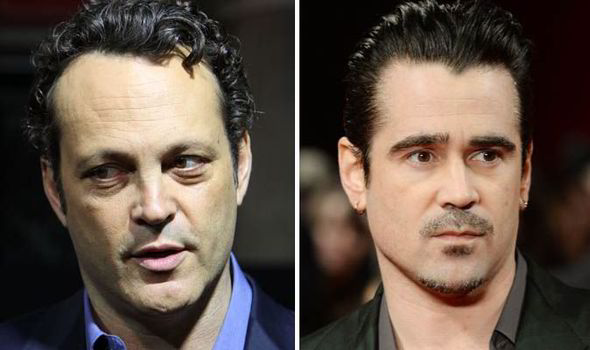 HBO grabbed the collective viewers attention with ‘True Detective‘ in 2014. A series that won 5 Emmy Awards and was nominated for so many more accolades that it should have won. Matthew McConaughey, Woody Harrelson and Michelle Monaghan star in the freshman season of the anthology police detective show. The detectives reminesce on a case from 1995 that has been closed as solved. Questions surface that force those involved to dredge up memories from the past, in looking closer at the variables, corruption is evident on both sides of the thin blue line.

HBO is rewarding viewers that have patiently waited for season 2 of this highly watched series with a teaser trailer that gives us a little insight into what we can expect to see. A murder is the center of the story and it brings together three members of law-enforcement and a career criminal. All four are finding their way through a web of conspiracy and betrayal. The cast is stellar, a subdued Vince Vaughn, he always looks that way without his trademark smile, a full-faced Colin Farrell who is rocking a thick porn-stache and looks like a cop who’s gone soft in the middle, Taylor Kitsch with a clipped coif and attitude to spare and Rachel McAdams is sporting some short hair and some kevlar, don’t fuck with her! Check out the trailer and tune in for season 2 when it debuts on June 21st.